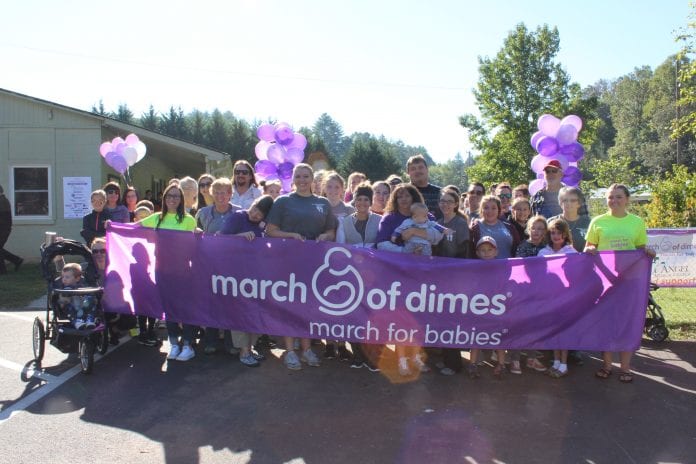 The 2016 Macon County March for Babies Ambassador family celebrated the life of Bayler Raby, who was born on Feb. 6, 2016. Bayler was born to Angie and Steve Raby and weighed 3 lbs 5 oz. Bayler was born at just 28 weeks due to her mother’s declining health from gestational diabetes and preeclampsia. Angie was transported via ambulance to Mission Hospital in Asheville where she delivered Bayler.

Bayler’s lungs were developed enough to sustain on her own, however, in the following short weeks, she soon developed acid reflux and bradycardia, in which her heart rate would severely drop, setting off monitors within seconds. With monitoring and medication, Bayler was finally able to go home on April 14, 2016 after 68 days in the NICU. When Bayler was released, she weighed 7 lbs 4 oz.

Prematurity is the #1 killer of babies in the United States. The March of Dimes is working to change that and help more moms have full-term pregnancies and healthy babies. From polio to prematurity the March of Dimes has focused on researching the problems that threaten the lives of children and finding ways to prevent them.