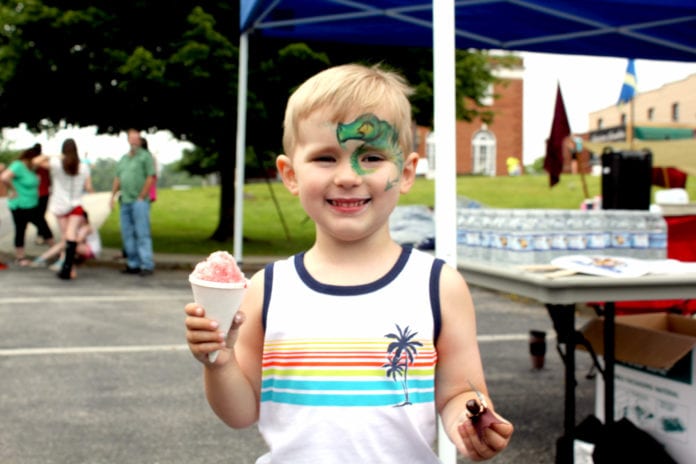 This year’s festival was kicked off on Thursday night with the traditional clan dinner in the First Presbyterian Church Tartan Hall. Those attending the traditional gathering were entertained by the Celtic band the Jacobites by Name. On Friday night, despite the rain, a Ceilidh, or traditional Scottish party, was held in the parking lot of The Rathskeller Coffee Haus & Pub. The evening featured a traditional Scottish menu and Celtic music by the Atlanta based group called The Border Collies Band.

Saturday morning, Main Street was closed for the annual Braveheart 5K race, which was held the same time Juniper Trio performed for the opening ceremony for Saturday’s main event. The Little Miss Tartan Pageant crowned Madison Shook the 2017 Little Miss Tartan. Shook, along with this year’s festival Honored Clan, the Clan Ramsey then joined dozens of others for a parade up Main Street.