She worked as a nursing assistant at Angel Medical Center and also worked for Dr. Ernest Fisher for many years. She was a member of Clarks Chapel United Methodist Church and she faithfully watched Dr. Charles Stanley on TV.

She is survived by a special friend, Vicki Allen and several nieces and nephews.

In addition to her parents and husband, she was preceded in death by two sisters, Myrtle Baker and Christine Dale Ray; and four brothers, R. L. Ray, Paul Ray, Ralph Ray and George Ray.

The family would like to thank the staff of Macon Valley for their care of Mrs. Josephine Roper.

A private service was held at Woodlawn Cemetery.

Bryant-Grant Funeral Home and Crematory is serving the family.  Online condolences at www.bryantgrantfuneralhome.com.

Brett Deal was born on Aug. 1, 1955, to Borden and Babs H. Deal. Both of his parents were writers and successful novelists who encouraged him to be passionate about learning. He attended Millbrook School in New York before going to The University of North Carolina at Chapel Hill where he not only earned a Bachelor of Arts degree but also met his future wife who was the love of his life.

His home library contained thousands of books, many of which are written in several different languages, especially Russian and Greek. He was a history buff and loved literature which ultimately gave him the motivation to study the Russian language. He was outstanding in his ability to learn how to read and speak Russian, and he enjoyed teaching the language to others. He was always very proud of his students.

He was an adventurer and an explorer. He was interested in many different things from art museums to Civil War battlefields. He was an ambitious hiker, naming Mt. Mitchell and the Black Mountains as his favorites. His love of animals, especially dogs and cats, led him to be a volunteer dog walker.

He enjoyed watching movies and listening to a variety of music including classical, with Beethoven as his favorite, old rock and roll, like Chicago and the blues. He was such a big fan of The Grateful Dead he could claim his right to be called a “Dead Head”. He also loved to cook and bake, with bread being his specialty. He left a freezer full of different types of flour just waiting to be turned into delicious loaves and pastries.

He is survived by his wife of 38 years, Karen L. Wallace; his sister, Ashley D. Moss; his half sister, Terry Weinburg; his niece, Amber; his great niece, Isabella; his great nephew, Roman and his aunt, June Hans. He was preceded in death by his parents and his sister, Shane Deal Townsend.

A private service will be held at a later date.

Suzi Kinamon, 59, of Franklin, N.C., passed away on Nov. 12, 2022.  She was born in Phoenix, Ariz., on May 4, 1963, to the late J.C. Sumner and Opal Sumner, who survives her.  She was a free spirit and she enjoyed gardening.  She was very family oriented, and her greatest passion was her grandchildren.  She will be missed by all those who loved her.

A private family ceremony will be held at a later date.

Online condolences may be made at www.maconfuneralhome.com.

Born in Asheville, N.C., on Dec. 23, 1945, he was the son of the late Martin L. and Alice Jenkins Wykle.  In addition to his parents, he was preceded in death by his wife, Deloris Jean Collins Wykle; son, Anthony “Tony” William Wykle; and sister, Juanita E Smith.

He graduated from Franklin High School and received a B.S. in Biology from Western Carolina University.  He worked several years in Florida as a Nursery inspector and as a technician in a citrus fruit research laboratory.  After returning to Franklin, he worked at the Highlands Biological Station.  He was a botanist and enjoyed studying plants. He compiled a book on history and genealogy of the Wykle family.   He enjoyed reading, hiking, playing chess and checkers, and gardening.  He had a passionate interest in medicinal plants and mushrooms.  He was a member of the Franklin Seventh Day Adventist Church and involved in Pathfinders for many years.  He will be deeply missed by his many friends and relatives.

Funeral service will be held Wednesday, Nov. 23, at 2 p.m., in the Chapel of Macon Funeral Home.  The family will receive friends from 1 to 2 p.m., one hour prior to the service at Macon Funeral Home.  Rev Randy Drinnon, Rev. Michael Stephens, and Rev. Davis Hooper will officiate.   Burial will be at Liberty Baptist Church cemetery.

She was born to the late James and Jacqueline Durham Norwood in Birmingham, Ala.  She was of the protestant faith and was baptized into the Methodist church.  She was a master gardener, HOA Treasurer for Heritage Hills for several years, and a lifetime lover of Frank Sinatra.

A celebration of life will be held Saturday, Dec. 10, at 11 a.m. in the chapel of Macon Funeral Home. The family will receive friends one hour prior to service, 10 to 11 a.m. Rev. Minor Gorge will officiate. 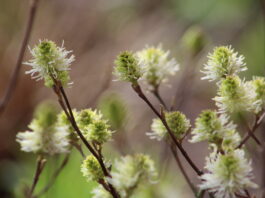