Home News Community For more than 40 years, Macon County’s very own Santa has been... 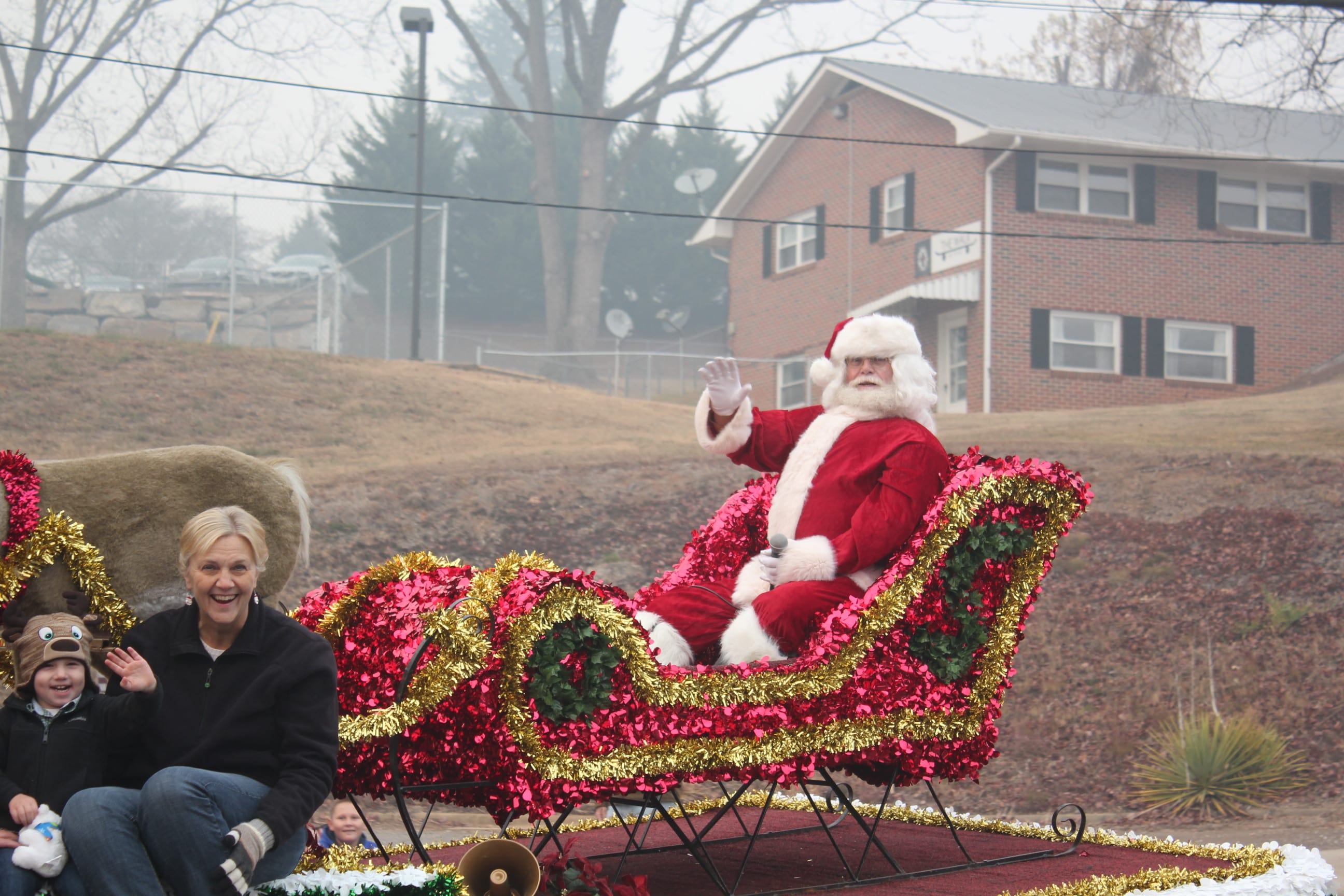 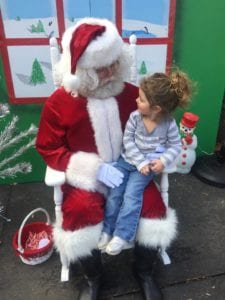 For more than 40 years, Macon County native Bruce Conley has been suiting up as Kris Kringle to bring joy and a little holiday cheer to families in his community. What started as part of his job while working for Bowers Department Store on Main Street 43 years ago when Conley was just 18 years old, has turned into a passion and chance to give back to his community.

“When I was about 18, they told me they needed me to dress up as Santa at Bowers Department Store,” said Conley. “I guess that is how it got started. From there, word of mouth spread and it just turned into something I love to do.”

From Bowers Department Store, Conley began playing Santa for Tyler’s Superette when his cousin asked him to suit up for the holiday season. Shortly after that, the Bluebell Factory enlisted his services for their annual Christmas Celebration hosted by the Jaycees, a community service organization.

them all new outfits and a toy,” said Conley. “This was before Shop with a Cop or anything like that. These kids would come in without having anything to eat that day, without something as simple as underwear, and it was my job to make their day brighter.”

One year, while playing Santa at the factory, a little girl came to see him, and his encounter with her stands out as the most memorable experience during his 43 years as Santa.

“I asked her what she wanted for Christmas, and while other kids had big requests, she said all she wanted was a Mickey Mouse coloring book and some crayons,” said Conley. “I think that was the first time anyone ever saw me almost in tears. I told members of the Jaycees that my wife Sherry would go to Sky City and get her what she wanted, but they assured me they would take care of it.”

Conley said that after he started out as Santa as part of his job, he continued to do it because it was just something he loved to do.

For the last 15 years at least, Conley has brought up the rear of the Chamber of Commerce’s annual Christmas Parade, riding on the final float with all nine of his reindeer and his sleigh.

“We really appreciate Bruce being so loyal to the Chamber and always being willing to serve as our Santa each year,” said Linda Harbuck, executive director of the Chamber of Commerce. “It is really great knowing that we have a Santa that we can count on each year and someone who does a fabulous job for the community.”

In addition to serving as the Chamber’s Santa, Conley played Santa for the Town of Franklin for five years during their annual Cookies for Santa event and the annual tree lighting ceremony during Winter Wonderland, before the town contracted with a company in Atlanta for the position. Conley still suits up for Cookies with Santa, which is now hosted by Crabtree General Store.

“I have been doing this for so long that often times I know the parents of children who come to see me,” said Conley. “I love watching the children grow up from Christmas to Christmas and seeing their faces when I call them by name, or even when I call their parents by their names!”

While for a month out of the year Conley serves as Santa, he has built his career working for the Department of Transportation, a career he will retire from this month. While playing Santa, Conley also had to quickly learn how to balance his holiday job with that of being a father to his son, Justin.

“One year, when Justin was about five, he pointed at a picture on the wall

from when he was a baby on his dad’s lap when he was dressed as Santa,” said Sherry, Conley’s wife. “He said, ‘Dad, you and Santa have the same eyes.’ It wasn’t long before that picture disappeared off the wall for a few years.”

Justin said growing up with Santa as his dad wasn’t half bad. “Some kids get to the age to where they stop believing in Santa,” said Justin. “But for me that never really happened because my dad was Santa.”

Justin was in third or fourth grade when his parents finally broke the news to him, but instead of disappointment, Justin joined in on making Christmas a little more magical for kids he knew.

“My dad doesn’t dress like Santa because he has to or needs to, he does it because he wants to. He does it because it’s a way to give back to the community and bring joy to families, that’s why he still does it,” said Justin. “Growing up, it was so cool to see my dad play Santa for the younger siblings of my friends and to be a part of making their Christmas magical.” 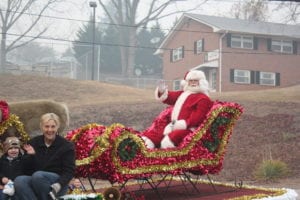 One of Conley’s favorite parts of playing Santa is the ability to help nonprofit organizations in the community around the holidays. Conley has played Santa for about a dozen non-profits from the Serving Spoon to KIDS Place to the Methodist Children’s Home.

Conley has a full holiday schedule planned. It kicked off last Sunday in the annual Christmas parade and will continue this Saturday at the Historic Cowee School for the annual Cowee Christmas celebration, visiting with children from 10 a.m. to 4 p.m.

On Saturday, Dec. 10, and Saturday, Dec. 17, Conley will be playing Santa at Crabtree General Store for the annual Cookies with Santa event. Children can write letters and place it in Santa’s special mailbox and visit with Santa himself. While the event is free, any donations collected will be given to KIDS Place.

For Timothy Crabtree, owner of Crabtree General Store, Cookies with Santa is not just a way for him to give back to the community, but he, too, grew up knowing Conley as Santa, which makes the event even more special.

“I grew up going to Bethel Church with Bruce, Sherry, and Justin,” said Crabtree. “Bruce was always Santa at our church Christmas so I’m not sure I ever knew differently other than Bruce was Santa. I can say that it’s pretty cool to know Santa Claus personally.”

Crabtree, who also owns Motor Company Grill and has hosted Cookies with Santa there in the past, says he appreciated Conley’s willingness to play Santa. “We love having the free event Cookies with Santa,” said Crabtree.”Last year we starting hosting the event at Crabtree General Store.  Bruce refuses to be paid for the event.  He simply asks to take donations for KIDS Place.  Bruce and his wife Sherry are very generous and loving people.”

Heightened attention paid to schooling at home and homeschooling

A Night to Shine is set for Feb. 5