Well, the lumpers and splitters have been at it again.  This time after years of scholarly work they have divided quinces into three separate genera (plural for more than one genus).  All three that I am going to describe belong to the rose family; all three produce somewhat similar apple or pear looking fruits called pomes; all three are cousins of apples and pears also pome producers; all three have beautiful blooms in early spring; and all three are deciduous.  They have slight differences that separate them. 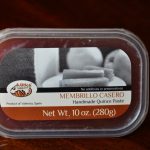 The most common quince is the Japanese Quince or Common Flowering Quince, now Chaenomeles (ke nom e les) speciosa.  Chaeno is Greek for gapping or mouth and meles translated from Greek means melon.  Perhaps this means a melon that can be eaten or go in a mouth?  This is the quince we most often seen blooming all over town in April-May.  It is an upright shrub that can grow to 6-10 feet tall.  The waxy blooms appear in clusters and vary from red, pink, orange to white.  There are also a large numbers of cultivars.  The blooms have both the male and female parts making it a hermaphrodite.  Often it is grown as a hedge.  Its branches have spiny spurs that look similar to thorns and feel the same. It looks best if it is grown naturally and not sheared.  It is hardy to zone 5.  Seeds are easy to germinate but remember that most of the available plants are cultivars.  That means that only a very low percentage of the seedings will look like the parent. But then you might get something special?   It is best to propagate it by cuttings if you want a duplicate. The fruits are extremely hard but if left on the plant until cold temperatures come they soften some and ripen. The green unripen fruits are very astringent and are not abundantly produced.

The second Quince is only occasionally found and easily confused with the Common Flowering Japanese Quince.  This one is the Chinese Quince Pseudocydonia (soo do si do ni a).  Cydonia is an ancient city in Crete. Pseudo means false.  Chinese quince does not have spurs or spines which easily separates it from the Japanese.  Its flower colors are limited to pink and are produced singly not in clusters.  It also has beautiful flaking bark.  Neither of these quinces are difficult to grow and have no special soil requirements. They are hardy to zone 5 and grow to about 10 feet.   The Chinese species can be found in fruit tree nursery catalogs.  It has similar pomes that are pale green to yellowish when ripe.

The third quince that we might be able to grow here is actually a tree Cydonia oblonga. Sometimes it is called the True Quince.   It has single attractive pink blooms opening after the leaves emerge in the spring.  Although this can be a very attractive tree in the landscape it is more often grown in orchards for its bright yellow fruit. When ripe the fruit can be eaten raw. It is native to Asia, Turkey, Iran and Afghanistan.  Some speculate that Adam in the Garden of Eden ate a quince because apples were not introduced to that region until much later. It also is self-pollinating.

Cydonia fruit have been credited for many medicinal remedies such as cancer, diabetes, hepatitis, ulcer, respiratory and urinary functions.

I have never seen this plant growing anywhere. That could be because I was not in the right place when it was blooming or when there was mature fruit which would have made identification easier. This species can be trained as a bonsai. Cydonia oblonga produces larger amounts of fruit compared to the other quinces.  Occasionally I have seen fresh quince pomes offered in supermarkets.

What is unique about all the quinces is that the fruit has more pectin in it than any other fruit.  Pectin is what makes jelly gel.  In fact, the name marmalade is derived from the Portuguese name for quince-mamo. Also, quince fruits have high amounts of Vitamin C.

Quince cheese or paste is now often found in specialty food stores.  It is a thick jelly made from the quince pulp.  The trick in cooking quince is to wait until the fruit is soft and ripe. It is very bitter when not ripe. If you find quinces in the supermarket and they are still hard put them in a plastic bag for a few days with an apple.  Apples produce ethylene gas which will make fruit ripen. The paste is sold in squares or blocks, sliced thin it can be spread over toast or on sandwiches, it can be a snack or paired with a cheese like Manchego.

One word of caution: These plants belong to the rose family thus are subjected to the same pathogens as roses.  Most people who grow roses have many varieties which create many opportunities for insects and diseases.  It is not likely that these same pathogens will find an isolated quince plant.

Growing up we always had a quince growing somewhere.  Now I live in the shade and have to enjoy those growing close to the road.

How to make Quince Cheese

1. Bring water to a boil add split vanilla pods and lemon zest plus the washed, peeled and chopped fruit, cook until very soft

5. Preheat oven to 125, line baking dish with buttered parchment paper, pour in paste, cook 1-plus hours until thick then cool.

Karen Lawrence is a professional botanical and wildlife photographer from Franklin.