Home News General ABC Store back on the radar 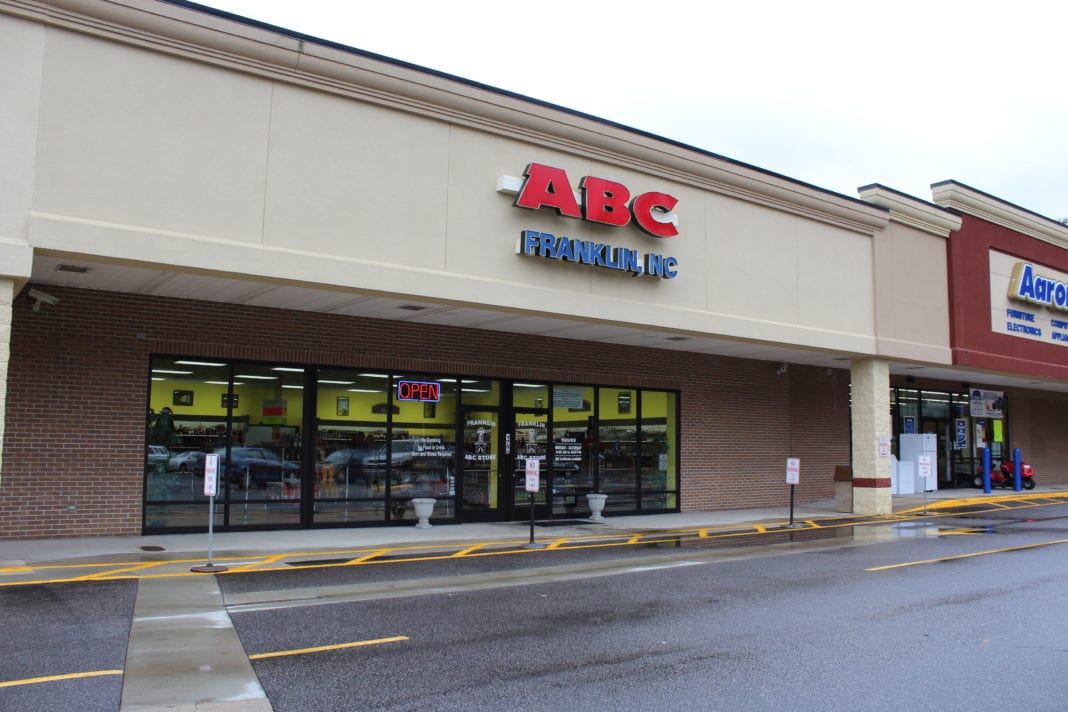 Franklin’s ABC Store has found itself in the headlines of local papers over the last four years, with the recurring conversation on relocating the business, renovating the building, or leaving it as is. Last week, town of Franklin Alderman Joe Collins informed his fellow board members that Collins and Town Manager Summer Woodard had met with ABC Store Manager Todd Mason, and once again the conversation on the future of the ABC store’s location was discussed.

In July 2012, under former Town Manager Sam Greenwood, the town of Franklin began looking at relocating the ABC Store to the tune of about $1.25 million. Despite a public hearing that filled the boardroom with taxpayers speaking out against the relocation, the town moved forward with the process and even applied for a loan, using town property as collateral for the loan with BB&T.

In 2012, despite opposition from the public, the board voted 5-1 to move forward with plans to relocate the store to what is now the Walmart Plaza. Then alderman Bob Scott  cast the sole opposing vote.

The loan was ultimately denied, which effectively put a stop to plans to move the store.

Last week Collins informed the board that in 2012 the ABC Store was trying to relocate to where the new Walmart was going to be, and now that location is not being considered.

The conversation in 2012 was not only to relocate the building, but to also own the building rather than lease it. In 2012, it cost the ABC Board $74,400 a year to lease the building where it is currently located. Greenwood argued that owning a building would be more cost effective in the long run, another way to increase the profits that can be returned to the town of Franklin via the ABC Board.

While the ABC Store is managed by Mason, much of the operations are overseen by the ABC Board, which is appointed by the town board, but acts independently as an authority, similar to the function of the Franklin Tourism Development Authority.

Collins’ request wasn’t on the agenda last week and was an extra item, but his hope is to begin the conversation and see if it is possible to once again to discuss the possibility of relocating the store.