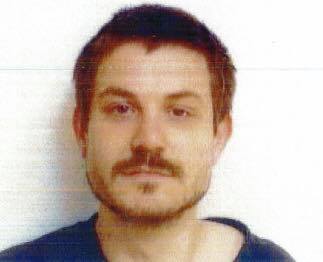 At the conclusion of a four-day jury trial this week in Macon County Superior Court Adam Joshua Sanders, 30, of Franklin was convicted of trafficking in methamphetamine by possession, trafficking in methamphetamine by transportation, and conspiracy to traffic in methamphetamine. He was sentenced Thursday to a maximum of 70 and a half years in prison, and he will serve at least 56 years before he is eligible for release.  This case was the first case for trial during a three week special narcotics terms in Macon County Superior Court that began on Monday and will continue for the next two weeks.

“These convictions and long sentences should send a stern message,” said Macon County Sheriff Robert Holland. “The Macon County Sheriff’s Office and our District Attorney’s Office will work extremely hard to seek out drug dealers, build strong cases and prosecute them to the fullest extent of the law.  These two individuals chose drug dealing as their profession and while we will never know how many lives their drug dealing affected, the one thing we have ensured is at least these two individuals will not be a contributing factor in destroying another family in our community.  Meanwhile, we are actively pursuing other menaces to our community and we will not waiver until we take them out of business and put them where they need to be too … the NC Department of Corrections. My advice to those with addiction issues is to seek help today. Tomorrow may be too late.I am all about encouraging treatment and getting people help who ‘want help.’ My top priority is to do all I possibly can to keep my community safe and if that means placing drug addicts in jail for committing crimes against our citizens, then so be it. Maybe in jail they’ll sober up, allow their families to know at least while in jail their loved one won’t overdose and finally seek the help their family has begged them to get.”

The case was tried by District Attorney Ashley Welch and Assistant District Attorney Eric Bellas. The Honorable Bill Coward was the presiding and sentencing judge. The case was investigated by the Macon County Sheriff’s Office.  Adam Sanders was the co-defendant to Brodie Hamilton who was previously tried and convicted of the same charges in January of this year in Macon County.

“This conviction keeps another dangerous methamphetamine dealer off the streets for essentially the rest of his life and sends a strong message to the community that the District Attorney’s Office places the highest priority on protecting our community from the plague and poison that is methamphetamine. I commend all of the dedicated professionals in law enforcement who partner with the District Attorney’s Office to make our communities a safer place to live.  Methamphetamine ruins lives and Adam Sanders and Brodie Hamilton are responsible for ruining countless lives in our community. Both convictions and sentences ensure that they will not be able to continue their methamphetamine business ever again.”