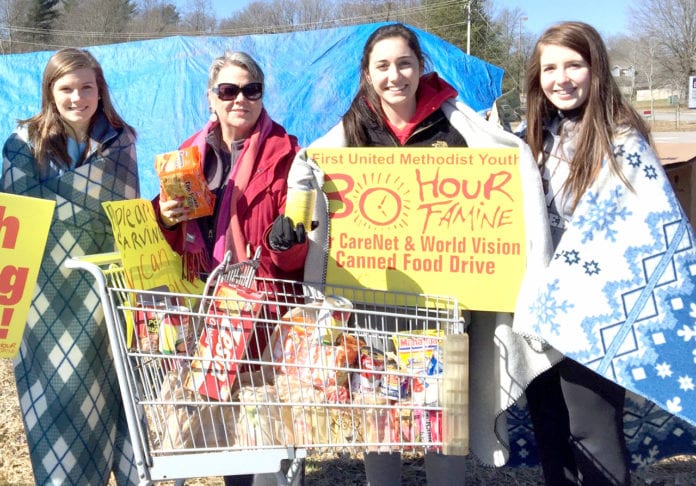 For the last 22 years, youth from around Macon County have been participating in the 30-Hour Famine to raise awareness for hunger around the world. Led by the youth at Franklin First United Methodist Church, during the annual 30-Hour Famine members of the community collect food donations to support neighbors in need. This year, beginning on Feb. 24, participants will begin fasting on Friday, Feb. 24, and will come together to fight hunger until they break their fast on Saturday evening.

Donations for the event are currently being accepted. In addition, the church has several community partners, including many local businesses and organizations, who are also collecting food for the cause.

According to statistics provided by CareNet, there are 4,890 estimated “food insecure people” in Macon County. Twenty percent of Macon County residents live below the Federal Poverty Threshold which for a family of four means earning $24,250 in annual household income. In Macon County, one in three children are considered “food insecure.”

In 2016, more than 6,000 households were served locally by CareNet. Last year, CareNet increased its service to an additional 537 new households. On average, each household makes six visits to CareNet for services.

Based on information from World Vison and World Food Programme, there are 795 million people who are hungry world-wide. In addition, malnutrition causes nearly half of all under five child deaths around the world.

On Saturday, Feb. 25, from 9 a.m. until 2 p.m., youth will be stationed at five “Boxville” locations in Franklin collecting cans of food and donations for both CareNet and World Vision.

These “Boxville” locations will include the lot at the corner of Palmer Street and Main Street (previous site of the Franklin Motel), Ingles at Westgate Shopping Center, BiLo Plaza, Town Gazebo and the Walmart shopping center.  Franklin residents are encouraged to support the 30 Hour Famine by visiting these “hunger huts” and dropping off their food and monetary contributions.

Since 2006, participating Franklin area youth have collected more than 70,000 cans of food for CareNet and more than $60,000 for World Vision, in addition to completing many 30 Hour Famine service projects. 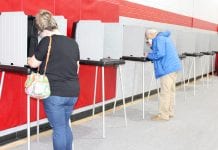 EDC names nominees for Young Entrepreneur of the Year