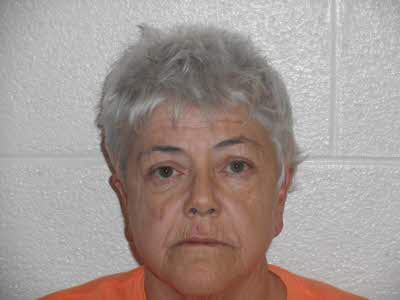 More than three years has passed since the State Bureau of Investigation launched an investigation into the Nantahala Fire Department, specifically investigating former treasurer Debra Mosteller for possible embezzlement. On Monday afternoon, Mosteller was formally served a True Bill of Indictment and was arrested for her alleged crimes.

Mosteller was arrested and charged with felony embezzlement and felony obtaining property by false pretense. She was booked into the Macon County Detention Center on a secured $20,000 bond.

Based on search warrants filed on June 11, 2015,  by State Bureau of Investigation Special Agent J.M. Schick, the Nantahala Volunteer Fire Department, specifically Mosteller, was being investigated for embezzlement that allegedly began in 2009. The investigation, which was launched in May 2014, had already uncovered 74 checks endorsed by Mosteller from 2009 to 2013, which were thought to have purchased $20,000 worth of Dell computer products and $6,500 for a Walt Disney World Vacation.

Based on state statute, local fire departments are separate entities from the county and manage their own budgets. Their revenue streams are a combination of community donations and a fire tax, levied by the county. Because they are separate from the county, there is little county oversight into their actual operations.Incidents such as the Nantahala embezzlement case have prompted more scrutiny from the Board of Commissioners and demands for more accountability from the departments themselves. One recommendation in the county Fire Study that established the fire task force was to review financial controls through recommendation #4 and #5. The study also lists the NCGS 159-40 that concerns Non-Profit Corps receiving Public Funds and audits.

“The Macon County Fire Marshal’s Office has been closely involved with the administration and staff of Nantahala Fire and Rescue through this investigation and we have the upmost confidence that actions have been taken by the department to ensure that appropriate financial constraints and oversights are currently in place to prevent an event similar to this alleged event from occurring in the future,” said Warren Cabe, Director of Emergency Management for the county. “The department is financially secure and the volunteers and staff are committed to providing quality service to the residents of the Nantahala community. Due to the contractual relationship between the fire departments and Macon County, the county has limits to its financial oversight processes. Nantahala Fire and Rescue has been very cooperative through this process communicating effectively with the county and has complied with recommendations submitted to prevent any future occurrences.”

Because the fire department is a separate entity, the financial discrepancies in the department went unnoticed until 2014, when the Macon County Sheriff’s Department was made aware of the situation by members of the department. Based on court documents filed by the SBI, the MCSO asked for assistance in the case in May 2014. The SBI launched its investigation and during the first few days of looking into the matter, Schick learned that in 2013, the Nantahala Fire Department was unable to meet payroll in May of that year, and then in June, were told by the bank that both the substation and fire trucks were at risk of being foreclosed upon based on non-payment. During that investigation, Nantahala Fire Department Member Patrick Graham informed the SBI that Mosteller was serving as the treasurer during the time and had done so for 15 years.

Search warrants on file with the county showed that 34 checks were endorsed by Mosteller and made payable to Dell. The checks totaled $20,000 between 2010 and 2013, and according to Graham and board member Pam Odell, do not reflect any computers or equipment currently possessed by the fire department.

Procedure calls for all board members to approve purchases made by the department and for receipts of such to be turned in as well. According to Graham and Odell, neither had ever seen invoices for the Dell receipts, and other than two computers valued at around $1,500, are not aware of any equipment that might have been bought for the department from Dell during that time period.