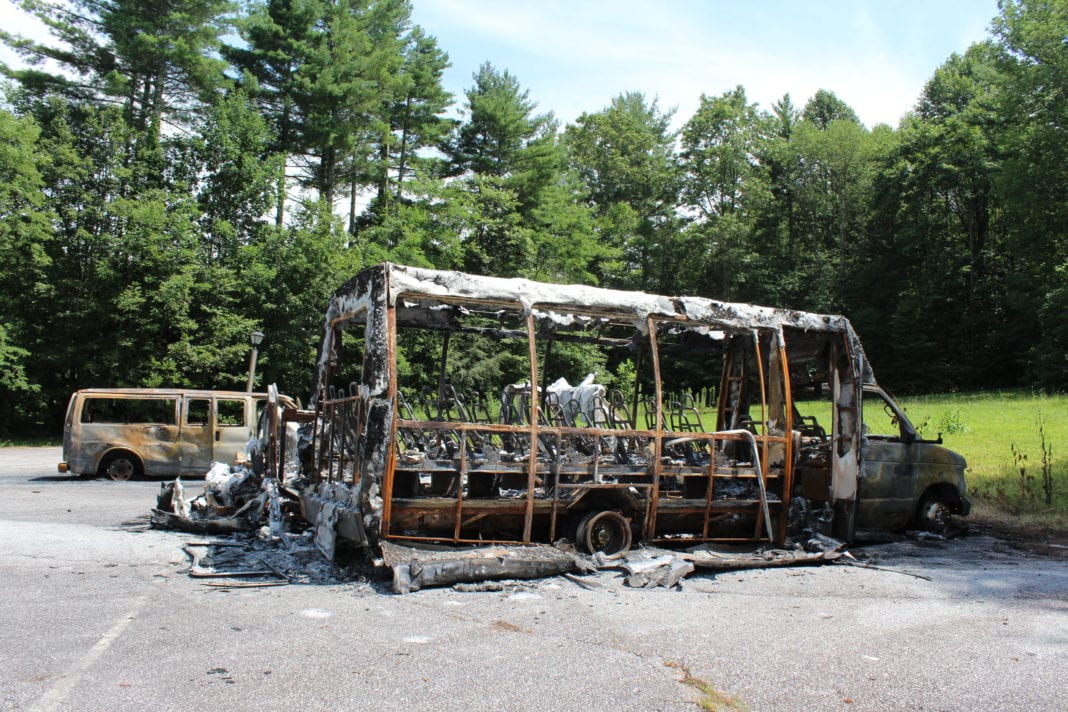 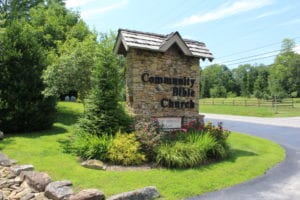 Macon County 911 received a report of gunshots fired in Highlands near Community Bible Church around 1:30 a.m. Saturday morning that was quickly followed by another call reporting a fire in the same area. The Macon County Sheriff’s Office arrived on scene, followed by the Highlands Fire Department. Within 10 minutes of their arrival, the fire department, which was assisted by the Cashiers Glenville department, had the blaze under control.

“At first, natural instinct is to suspect arson but upon further investigation and with the help of the sheriff’s department and the fire marshal, arson hasn’t been ruled out but at the same time the probability has been lowered,” said Ryan Gearhart, Fire Chief for the Highlands Fire Department. “There were no ‘cut and dry’ pieces of evidence that would lead us to believe it was, in fact, arson. With the amount of damage that is done to the vehicles, it is extremely hard to make a definite conclusion as to how and where in the vehicles the fire started.”

MCSO Sergeant Don Willis spent much of the day Monday in Highlands at the scene of the accident. While the chance of arson has diminished, Macon County Sheriff Robert Holland said that it can’t be ruled out completely.

“As with any investigation you must be meticulous,” said Sheriff Holland. “Arson 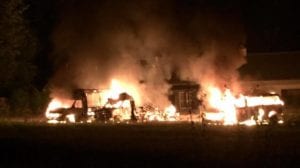 investigations are incredibly difficult because evidence is typically destroyed by the fire.  We are treating this investigation as worse case scenario until we are able to rule otherwise. Treating it any less serious could jeopardize this investigation or any possible criminal prosecution in the future related to it.  At this point we have no evidence that can rule out ‘accidental’ so therefore we will continue to treat it as an open arson investigation.”

The three vehicles in the blaze were a complete loss. The fire broke out in a parking lot near the church and fully engulfed a church bus and two vans. Holland noted that according to Willis, it appeared the fire started in the middle vehicle and spread to the two adjacent vehicles.

“The original 911 call reporting gun shots were likely neighbors hearing the glass breaking or the tires exploding in the fires,” said Sheriff Holland. “We often get gun shot calls before it being discovered that it is a fire due to similar sounds associated with both.”

Vehicle malfunction is one possibility being explored during the investigation, but at this point, there isn’t any evidence to prove it with certainty.

Gearhart said he was grateful for the support of law enforcement in the ongoing investigation.

“I would like to thank the Sheriffs Department for their help and also the Cashiers-Glenville and Scaly Mountain Fire Departments for the assistance they gave us,” said Gearhart.

Holland noted that anyone with any informations should contact the Sheriff’s Office.

“In cases like this, if the fires were set intentionally,  the individual may not have acted alone,” he said. “While other parties may have been present, they may not have been involved. If that’s the case, they need to make sure that they come forward because they can be charged just as if they set the fires. They need to understand that anybody who is found to have been with this individual that did this will be prosecuted as if they started the fire. So, we’re encouraging them to come forward now, have a discussion with us, and provide us with any information they may have.”