First United Methodist Church was host to Brent Vernon, singer, songwriter, and ventriloquist, this past Friday evening. Many “oohs and aahs” and much laughter erupted from the crowd as Vernon performed several spiritual songs while playing the keyboard, and also introduced the crowd to his sidekick, Sam. Sam is what most people know of as a “dummy” or “puppet” but the technical term is “ventriloquist figure.” Vernon has been working with Sam for more than 20 years although he has had four “ventriloquist figures” in total. Sam and Vernon bantered back and forth during a skit taken from a story in the Bible. Sam is a bit sassy, possibly an offshoot of Vernon’s own personality, but also a not-too-shy, puppet. He sang a tune for the audience as Vernon held him on his lap. Sam has several features that make him appear to be “humanlike.” He can blink, wink, and raise his eyebrows. His mouth opens and closes and he can turn his head 360 degrees, although Vernon noted most humans can’t do that. Vernon is a man of faith and it shows in his performance. His songs are sung from the heart and from his love of the Lord. Sam is also a deeply religious puppet, as evidenced by his biblical skits. Vernon was raised in a Godly home. He was born and raised in South Florida. During the school year his dad worked at a small college and his mother had a home day care. He has a older sister who is an administrator at a Christian college in Cincinnati. Ohio. Neither of them are married and he admits, “because of that we are quite close.” “My childhood was pretty wonderful,” he recalls. “In the summers, my family traveled as musicians and children’s workers at churches and church camps across the country. I wasn’t raised with television-can you imagine that? As a creative kid, not having the constant stimulation from television and media, really forced me to become all the more creative. I loved to draw, write, and create imaginative worlds.” Vernon has written and illustrated five titles. The first three are about a giraffe named Audrey Amaka, who is a giraffe with no neck. His two most recent books are about a batch of gingerbread cookies called “The Gingerbrood.” “As much as I enjoy creating and sharing the music and performing with my puppet Sam, the children’s books are a ‘next level’ thrill. The ability to create characters and present them in unique and memorable ways is a gift. I started writing seriously in 2010 and books still have legs. It’s truly a joy.” Vernon is currently working on a new Gingerbrood storybook that will teach younger children about the color wheel and how colors relate to each other. He has also written more than 10 musical recordings over the years. He is planning to write a children’s musical after that and then start working on a batch of new songs for a 25th anniversary recording. Vernon obtained his first “ventriloquist figure” when he was just seven years old. He has no idea why his parents gave him a puppet, but he took to it and practiced and practiced until he was able to throw his voice barely moving his lips. Vernon was a shy kid and through ventriloquism he was able to talk and sing and overcome his shyness. In high school he assembled a group of musical friends and started writing and arranging music to share at various functions. Eventually they put together enough money to record an album, and then another. After a year in college, they hit the road full time. They did this for a few years as a group before the other members started getting married and having families. By this time he had incorporated ventriloquism into the program, so he just kept going. That was in the late 90s and he is still at it. He is performing in Asheboro, N.C. and Danville, Va., this week, beginning a 20-concert, month-long tour that will take him to several places in the Carolinas, Kentucky, Ohio, Illinois, and Michigan. To find out more about Brent Vernon, visit his website at www.brentvernon.com. 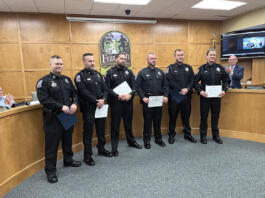 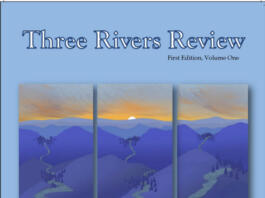 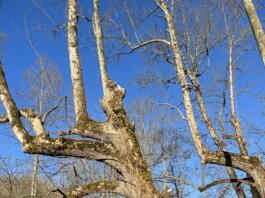