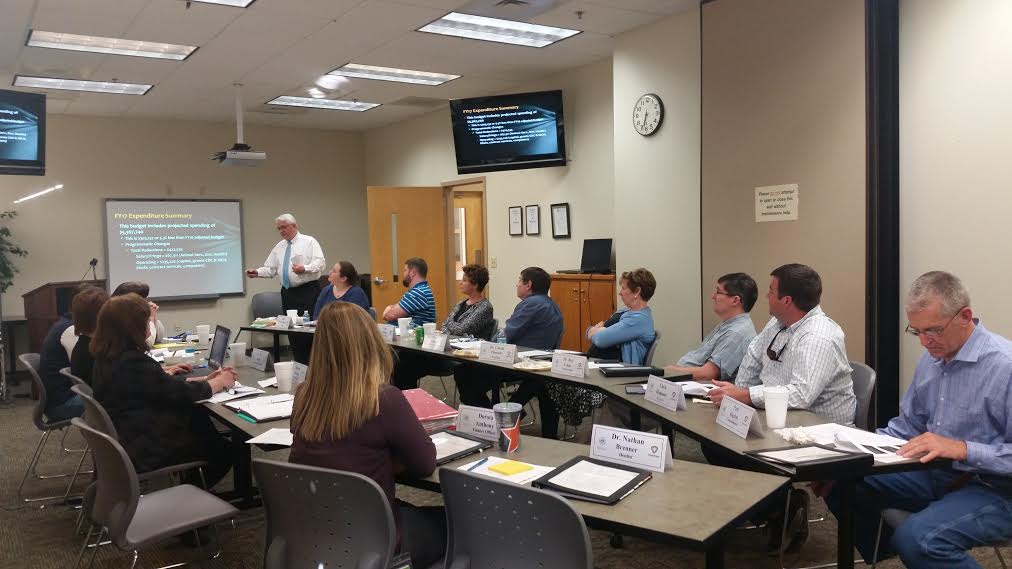 With Macon County on track to approve a new budget by June, department heads across the county have been submitting individual requests to County Manager Derek Roland. Tuesday night, Jim Bruckner, director of the Macon County Health Department, presented the 2016-17 fiscal year budget for the health department to members of the the board of health.

Bruckner began his presentation by informing the board that Roland charged all department heads with attempting to find areas within their budgets to reduce expenditures. After looking at budget line items such as annual capital outlay requests and the annual computer replacement rotation, Bruckner and his staff was able to reduce the county portion of his budget by $152,693.

“Like in the last few years, in this year’s budget, county funding remains as the most stable funding to our department,” said Bruckner. “At $2,531,168, county funding is 47 percent of our overall budget.”

On the expenditure side of the health department’s budget, Bruckner noted that the projected spending for 2016-17 sits at $5,367,740, which is a 5.3 percent or a $303,137 reduction compared to the current year’s adjusted budget. Bruckner presented board members with fee changes for the coming year in the Environmental Health section of the health department. While the board could have elected not to make any changes, Bruckner presented members with options to eliminate environmental health permit fees for things like On Site Waste Water permits. By eliminating the permit fees, the environmental health section would experience a $8,000-$9,000 reduction in revenue annually. To make up the lost revenue, Bruckner said the health department would have to ask county commissioners to make up the difference.

While the county would have to increase their budget to the health department to make up for the lost revenue, Bruckner noted that by not requiring the permit fees, residents would be more likely to report problems such as a leaking sewer system and have the problems addressed correctly before it becomes a public health issue.

Members of the Board of Health voted to eliminate the fee changes contingent on county commissioners agreeing to increase the health department’s budget in the amount of $8,000-$9,000.

The health department’s budget has been submitted to Roland who will review it along with budgets from all county departments before presenting his budget recommendations to members of the Board of Commissioners.

FPD dealing with drug epidemic within city limits the best they...