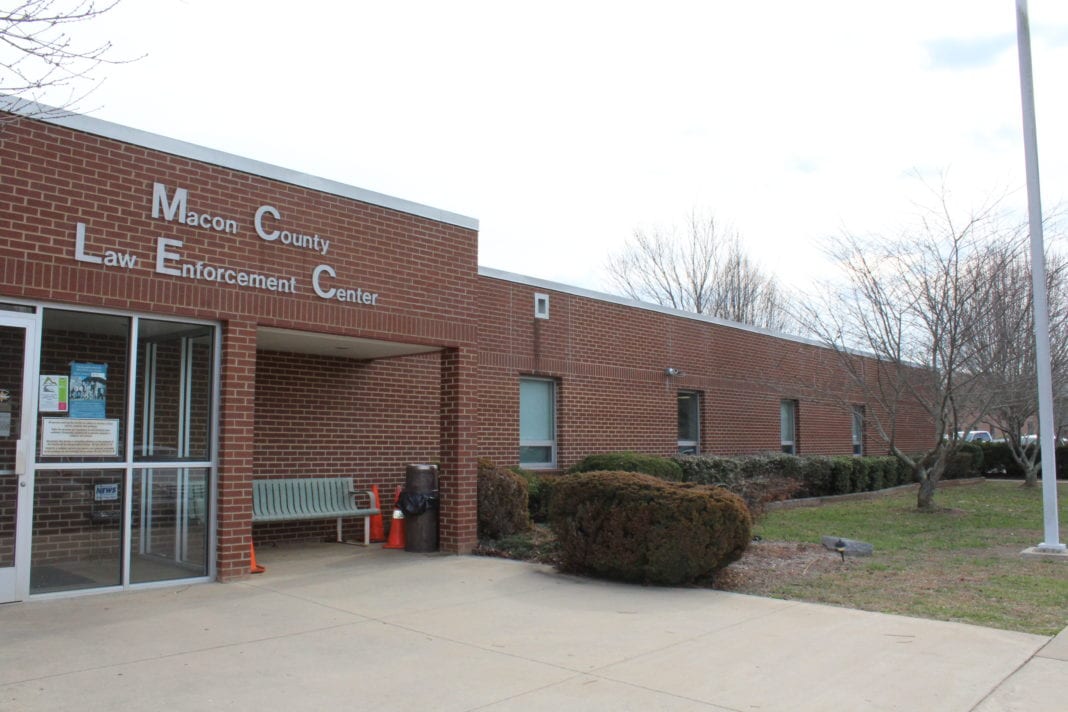 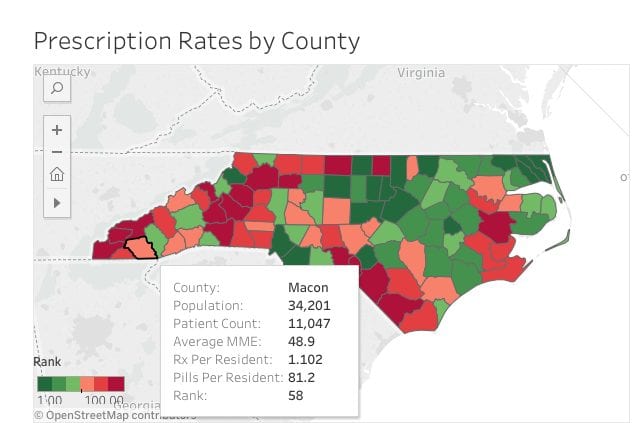 The Macon County Commissioners boardroom was silent last week, as members of the community shared heart-wrenching stories about the county’s pervasive drug epidemic.

“As our elected officials, I think it is imperative that you know the stories that are impacting the lives of your constituents, and if people aren’t telling you their stories, I hope you are seeking them out, so you can go and address the issues that are important to them and effectively lead us to solutions,” said Jan Stanfield, who struggled to get through the story of how she lost her son to a drug overdose.

Stanfield’s son stole a family member’s vehicle one day in Franklin and went to Asheville looking for drugs. While he was reported missing and the vehicle reported stolen, it took weeks for authorities to find Stanfield’s son’s body, which was found on the roof of an automotive shop, just a few blocks from a hospital. Medical records show that Stanfield’s son tried to get medical care after consuming too many drugs, but he was released. Soon after being released, the timeline pieced together by authorities shows that he died from a drug overdose. His body was found weeks later after people reported a foul odor in the area. While his family searched, worried and prayed for him for weeks, because of his drug addiction, his body was found alone and decomposing miles away.

“I hope my son’s story will inform you, move you, and engage you to lead us in the work necessary to lead us through in the work of this public health crisis, this impending storm,” she added. “The problem cannot be solved until we look at the cold hard truth.”

Stephanie Almeida, whose fight against drug abuse started with the death of her brother due to an overdose, has 20 years’ experience fighting the opioid epidemic. Almeida told commissioners that there are a lot of young people using IV drugs in the community who don’t have any place to go whether it’s because they need a place to live, need treatment or other services. In addition, she spoke of the significant problems in the county with the spread of HIV, Hepatitis C and STDs all associated with the widespread drug problem in the county.

Almeida is the director of Full Circle Recovery Center which was started in 2012 and offers services for the victims and families affected by drug abuse. The center, located at 3261 Georgia Road, offers such services as DWI assessments, ADETS and DWI groups, opiate treatment, free syringe exchange service, free HIV/HCV testing and free overdose reversal kits (Narcan).

Full Circle Recovery Center also offers a free family support group Learn to Cope NC every Tuesday night from 7 to 8:30 p.m. In addition, the center hosts the Macon Overdose Prevent Coalition (MOPC) every third Tuesday of the month from 3 pm. to 5 p.m.

Carol Anne Elliott spoke first to commissioners sharing the success of the “movement” she and another community member, Michelle Rogers, have started in response to the death of her friend’s daughter. The movement known as “Prayers Against Drugs” began as a small effort with a prayer gathering at the beginning of the month on the courthouse square.

In 2015, for the first time in history, the number of heroin-related deaths outnumbered gun homicides in the U.S. In North Carolina, 25 percent of the 1,567 drug overdose deaths in 2015 involved heroin. Western North Carolina has been hit particularly hard by the opioid epidemic, which includes heroin, other illicit drugs and prescription pain medications. In 2014, 17 of 23 western N.C. counties ranked among the top in the state in the rate of fatal overdoses – more than 20 deaths for every 100,000 residents.

Macon County Commissioner Ronnie Beale said the problem is an epidemic and Macon County is among the worst in the state. Statewide data also show that all but five counties in the region have higher-than-average numbers of opioid pills prescribed per person, particular in counties near the Tennessee border. There has also been an increase in the number of North Carolina high school students abusing prescription drugs, according to an N.C Youth Risk Behavioral Survey done in 2013 and again in 2015. That survey shows that 17.9 percent of high school students used prescription drugs for nonmedical purposes in 2015, up from 17.2 percent in 2013.

Macon County topped that list with an average of 258 pills prescribed per resident in 2014, and Swain County prescribers wrote nearly two opioid prescriptions, on average, for each of the county’s 14,000 residents.

In addition to doctors over-prescribing pain medication, the lack of a treatment facility is something Beale said needs to be addressed.

“If you know someone who gets diagnosed with cancer, you bake them a casserole and promise to pray for them. But if you know someone with a drug addiction, even though it’s a disease, people don’t know how to act,” said Beale. “Family members don’t offer help. Church members don’t know what to say, and there is nowhere to go to get help. Macon County has the only detox facility in the region right out there at the Macon County jail, but that’s all we have to offer and that just isn’t right.”

Beale noted that it costs $88 a day to keep an inmate incarcerated, but it’s cheaper and more efficient to treat addicts in a rehab facility. The problem is the state won’t allocate money for drug treatment centers, and the facilities just don’t exist, especially in WNC.

On Monday of this week, the Macon County Detention Center had 88 inmates, 60 of which had pending criminal charges related to drugs.

“People don’t commit crimes and steal in an effort to make their mortgage payment or feed their children,” said Macon County Sheriff Robert Holland. “They are doing whatever they can to feed their addictions.”

“While we felt there was a need for additional manpower we had to work within our allotted budget,” said Sheriff Holland of the need to grow the unit due to the growth in drug-related crimes. “Due to budget crunches and a declining economy we were unable to increase the manpower for that unit ever since being established. We are always looking for ways to best serve our community.”

In July 2016, the Macon County Sheriff’s Office implemented a plan that involved making some important changes and doing it in a way that could be done without requesting additional funds to do so.  “While this came as a surprise and not well received to some in my department it was a well thought out plan,” said Sheriff Holland. “I saw a need for change and as sheriff I am ultimately responsible and accountable for what we are doing … and what we are not doing.  We took two of our K-9 Units who were previously assigned to the patrol unit and assigned them to the narcotics unit.  We had a traffic officer who was previously assigned to the patrol unit and reassigned him in the narcotics unit as well. While it has only been six months since we officially implemented our changes we have seen a positive difference in what our agency is doing and producing significant results. Even while producing positive results this doesn’t keep us from continuously looking for ways to improve how we do business on a daily basis. The drug world changes constantly. When one source of drugs is eliminated there are others ready to step in and take over.”

“A majority of our drug arrests are repeat offenders,” said Sheriff Holland. “If not charged for a drug offense their offenses are most commonly related to their addiction. We frequently deal with offenders over and over again.  It is common for offenders to get out on bond, only to be arrested again for other offenses.”

To read about the decision process of setting bonds and what it takes to be a magistrate, reach this week’s profile on Macon County Magistrate Justin Stamey.

School board votes to return to Plan ‘A’ for Grades...