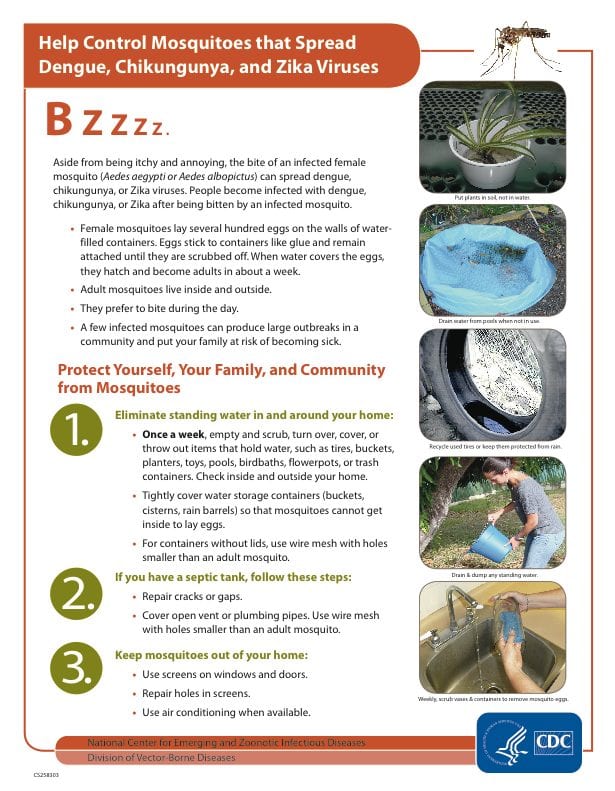 Across the United States, as of Wednesday morning,  U.S. health officials are investigating 14 possible cases of the Zika virus that may have been spread through sexual transmission.

Although the Zika virus is mainly spread by mosquito bites, and sexual transmission has been considered uncommon, there have been two reported cases, including a recent one in Texas, and at least two other reports of the Zika virus found in semen. Of the 14 possible cases being investigated by the Centers for Disease Control, on Tuesday it was confirmed that two cases were spread through sex.

Across Latin America and the Caribbean, mosquito-borne Zika outbreaks in the last year and all of the confirmed 82 cases of the infection in the U.S. have been traced back to the regions experiencing the outbreak.

Because of the media coverage on the virus, Macon County Health Department Personal Health Administrator Jimmy Villiard updated members of the Board of Health on Tuesday.

The World Health Organization expects up to four million infections in the Americas within the next year. Villard explained to the board that Zika is a disease caused by the Zika virus that is primarily spread though the bite of an infected Aedes species of mosquito.

The most common symptoms of Zika are fever, rash, joint pain, and conjunctivitis. The illness is typically mild with symptoms lasting for several days to a week.

The symptoms of Zika are similar to those of dengue and chikungunya, diseases spread through the same mosquitoes that transmit Zika. Villiard noted that those potentially infected or those who have visited an area where Zika is found, should see a healthcare provider  as soon as possible.

According to the CDC, prior to 2015, Zika virus outbreaks occurred in areas of Africa, Southeast Asia, and the Pacific Islands. In May 2015, the Pan American Health Organization (PAHO) issued an alert regarding the first confirmed Zika virus infections in Brazil. Currently, outbreaks are occurring in many countries. Zika virus will continue to spread and it will be difficult to determine how and where the virus will spread over time. Local mosquito-borne transmission of Zika virus has been reported in the Commonwealth of Puerto Rico, the US Virgin Islands, and America Samoa, but no local mosquito-borne Zika virus disease cases have been reported to date.

No vaccine is available to prevent or treat Zika infections. Treatment consists of plenty of rest and drinking lots of fluids to avoid dehydration.