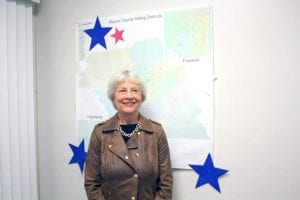 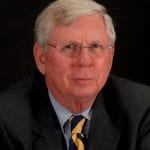 For the last decade, few changes have taken place on municipal boards for the Town of Franklin. Most elections produced no challengers to the incumbents and the candidates ran uncontested. This year however, a wave of challengers have filed for office making this year’s municipal election look a little different.

Early voting begins in Macon County on Oct. 16 and citizens living within the Franklin city limits will have the opportunity to have their voices heard on who they want to lead the town. For Town Council, nine candidates include three incumbents, Dinah Mashburn, Joe Collins, and Brandon McMahan and six newcomers. Incumbent Mayor Bob Scott and council member Barbara McRae are vying for the office of mayor for the Town of Franklin.

McRae said that she decided to run for mayor because the town is in need of a change.

“I feel that Franklin is ready for new leadership and my experience qualifies me to offer it,” said McRae. “It’s time to up our game. We must be forward-thinking and willing to reach out to other partners, locally and in the region, to maximize our resources. I picked two mottoes for my campaign. One, ‘A town to match our mountains,’ describes my deepest belief in what Franklin can be. We can achieve great things here if we believe in ourselves and are willing to work for them. That’s why my other motto is, ‘Don’t be afraid to dream.’”

McRae has several goals in mind for Franklin, beginning with furthering projects she has already started working on as a member of the council.

“I’d like to see a cohesive, comprehensive plan in place for the Nikwasi Mound/River District section,” said McRae. “There are several partners involved, and the Town’s leadership is crucial, as this is an important part of our town – it truly should be the gateway to Franklin. I’d like to see us tackle neighborhood revitalization in several areas of town. Again, this will take multiple partners and the town should exhibit strong leadership. I want us to complete the comprehensive plan and bring the resources together to implement it. The plan looks at many aspects of town; three I find particularly important are improved pedestrian safety; a comprehensive network of sidewalks and bike paths; and promotion of the cultural arts.”

If elected as mayor, McRae would be losing her vote on the council, as the mayor position only votes in the event of a tie between other board members.

“Council members have the power, as the mayor doesn’t have a vote,” said McRae. “But the mayor’s office provides a bully pulpit. In my view, the mayor should be the one offering a clear vision of the future and rallying both the council and the public to support it. I think I can do that.”

McRae moved to Franklin in 1973, after a lifetime spent moving around with her Air Force family.

“This soon became home. I became deeply involved in learning about the history, culture, and natural environment of the area. I broadened my understanding during my time as editor of The Franklin Press and a columnist since the late 1970s,” said McRae. “I also enjoyed a career with Nantahala Power/Duke Energy in communications and marketing. During my years with Duke, I was assigned to the Franklin Greenway project. That proved a hands-on education in getting a great project done with multiple partners on the local and state level. I’ve also worked as a board member or officer for the library, historical society, land trust, chamber of commerce, Franklin Main Street (original version – I was president of the group that built the Gazebo and started Pickin’ on the Square and Pumpkinfest), and others. I served on the town’s planning board and have six years of experience on Town Council and two as vice mayor. I initiated the Women’s History Trail – the first such trail in the state – and have been actively involved in its development. I’ve also worked as a crafter (weaving) and was married to an artist for 38 years, so I understand the importance of art and artists in our society.”

McRae believes that she can bring a new perspective to the town and work to move it forward.

“I would bring fresh ideas and a different way of doing things – as well as significant experience – to the office,” McRae said as to why she is the most qualified candidate. “My leadership style is less about confrontation and conflict, more about listening, resolving problems, and working together to accomplish common goals. I like to get people excited about ideas and eager to pitch in and make them happen.”

Mayor Bob Scott is seeking re-election in hopes of finishing his mission of shaping Franklin for the future.

“I am running to continue to be a voice for all the people of Franklin,” said Scott. “Since becoming mayor, we now have one of the most professionally run small town governments in the state. That is

evident by the recognition from state-wide magazines and municipal advocacy groups which have spotlighted Franklin. It is not who you know, but what you know that is important now. We want to continue to be business friendly and welcoming to tourism.”

Scott said that the training he has for his current position gives him an advantage in terms of leadership.

“I completed the UNC School of Government’s Municipal Government courses to attain Mentor Status and was chosen one of the 10 from municipal government to attend and graduate from the UNC School of Government’s 2015 Advanced Leadership Corps,” said Scott. “I was elected chair of the NC Mayors Association, a group of 130 mayors from around the state. I have 11 years experience as a Town Council Member and six years’ experience as mayor. I served in the U.S. Army Reserve and National Guard, attaining the rank of Captain after graduation from Officer Candidate School. I also graduated from the FBI National Academy and the Academy’s Leadership Challenge. Most of my adult life was as a newspaper reporter-photographer and law enforcement officer. I have fought against abuse of power beginning as a reporter while working my way through college during the nation’s struggle with civil rights. Franklin needs an experienced mayor, unafraid to take on controversial issues when it affects town residents.”

Scott said his experience has led him to be an outspoken leader for Franklin, never afraid to go against the grain for the betterment of the town.

“I questioned the Angel/ HCA sale and went to the NC Attorney General to make sure the town and our residents were not being short-changed. I fought to save labor and delivery at Angel Hospital,” said Scott. “I called for a compromise over the [Nikwasi] Mound transfer to insure there was a solid plan in place for East Franklin development. There was no council support although there was public support for the compromise. We have not yet seen a plan. I have called for an accounting of $17,500 given to the Nikwasi Initiative by the town for “economic development” and we still have not had an accounting of that money.”

Scott wants to focus on the town’s infrastructure and growth if re-elected. “The most important issue facing Franklin is that we continue to make sure our infrastructure stays sound,” said Scott. “Our streets, sidewalks, police, fire, water and sewer systems come first. Without that solid foundation we do not have a viable town. We also need to concentrate on beautification, public art and the other things that enhance our town. Franklin needs a balance between what is necessary and what is a nice addition. I would address these issues as I always have: prioritization and how it makes life better for our residents.”

In the spirit of transparency, Scott said he plans to be open about his campaign finances.

“I will, before the election, make a public disclosure of any contributions to my campaign and who they are from,” said Scott. “I challenge my opponent to do the same. My philosophy of public service can be summed up simply. Duty, honor, integrity, and fairness.”