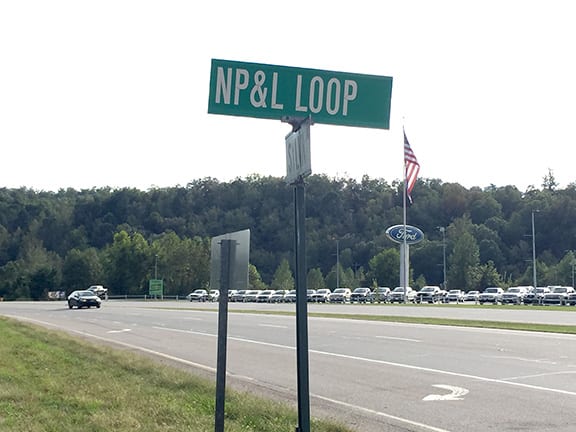 The body of a missing Franklin resident was found Thursday afternoon by two men walking in the woods near the old KOA campground on NP&L Loop.

Shauntiel Vannucci, 38, was found Thursday when two indigent men were following what they thought were bear tracks in the woods.

Vannucci was known to the Sheriff’s Office and had recently bonded out of jail, according to Macon County Sheriff Robert Holland.

Holland confirmed that Vannucci was reported missing about six weeks ago when she failed to return home, and that an unidentified prescription medication was found near the body. The sheriff added that the old campground is known to be a place where homeless people frequent.

“I know the rumor mill has been running wild, but I haven’t seen anything yet out there yet that is accurate,” Holland said Friday afternoon. Sheriff Holland also said a preliminary autopsy from Wake Forest Baptist Medical Center indicated that there were no gunshot or knife wounds, and the death did not appear to be the result of foul play.

The name was released once family members were notified. Holland said the body was in such a bad state of decomposition when found that his investigators were not able to identify the sex with certainty. Dental records were used to positively identify the body.

Upon first discovering the body, the two young homeless men immediately left the scene to find a telephone. They called the Franklin Police Department, which in turn called the Macon County Sheriff’s Office. Detectives from both offices responded at approximately 4 p.m. Thursday.  The Sheriff’s Department also requested assistance from the State Bureau of Investigation, which sent investigators.

The Sheriff’s Office report indicates that the body was found lying face-down.

Holland said that toxicology reports have been requested but results may take months. The death remains under investigation.

Anyone who may have information regarding any missing persons or any other information that may be related to this investigation should call the Macon county Sheriff Office at (828)349-2104 or by calling the CrimeStoppers hotline at (828)349-2600.