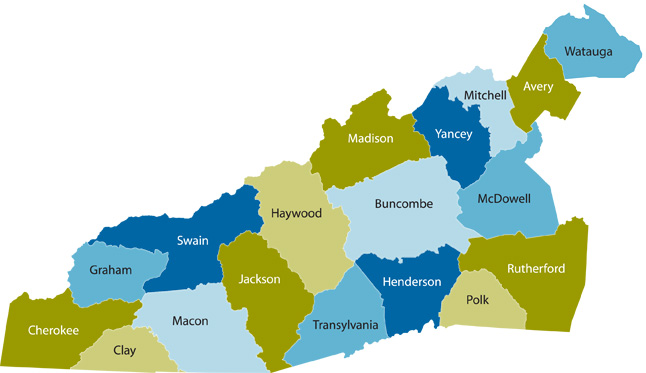 An eight year saga between Macon and Jackson County has finally reached a resolution as the Macon County Board of Commissioners approved a new county border between the two counties. After leadership in both counties debated back and forth for the better part of the last decade, the state of North Carolina finally reached a decision solidifying the border between the two counties where Cashiers meets Highlands.

Macon County Commissioner Chairman Jim Tate first brought the issue to the board’s attention in 2013 — when concerns of fire response first arose. Emergency personnel from one county would have to cross into the neighboring county before ending back up in their county of origin. Tate wanted to look at the county line based on the fact that areas in the Highlands and Cashiers areas were landlocked by national forests, and while the only way to access the areas in questions was through Macon County, the county line indicated the homes were in Jackson County. The initial issue was brought up in 2013 after Tate discovered a constituent was being taxed for eight acres in Jackson and five acres in Macon when he only owned 10 acres of property.

Since first learning of the border dispute, Chairman Tate has spent countless hours working with state, Macon and Jackson county leaders to decide on where the county line runs between Cashiers and Highlands. The North Carolina Department of Public Safety’s Emergency Management Division even completed an extensive survey of the Macon County border lines and first issued a preliminary report to the county in 2017. However, the final report was presented to Macon commissioners just last week.

“The county border report from the state used boundary information from information derived from three sources,” said County Manager Derek Roland. “It was based on field evidence, ride line information from 2005, and North Carolina Department of Transportation maps.”

Simply agreeing on the borders between the two counties was easier said than done — as the shift in the boundary line would change where home owners paid their taxes — with hundreds of thousands of dollars in annual tax revenues to consider — county leaders were mindful of the impact the new border would have on the county at large, not just individual homeowners.

Two hundred and nineteen parcels were in question in the dispute, including 17 tax exempt parcels, one belonging to Western Carolina University and 16 to the U.S. Forest Service. While original estimates had Jackson County losing a substantial amount of tax revenues due to a border change, the final maps saw a net change of $16,000 — revenue Jackson County will lose and Macon County will gain.

Eighty three Jackson land parcels will lose 68.8 acres with 21 acres coming from one parcel. Thirty eight parcels will gain 12.71 acres from Macon County. That includes 18 parcels of land ranging from .04 to 1.33 acres which had previously been taxed only in Macon. Five houses will go to Macon and one to Jackson. Eighteen homes will be split between both counties, meaning owners will have to pay taxes to both counties. Eight houses were previously taxed only in Jackson County and nine were taxed only in Macon. One home had not been taxed in either. Some of the property owners were already paying taxes in both counties. Now their bills will be adjusted to reflect the home being divided between counties.