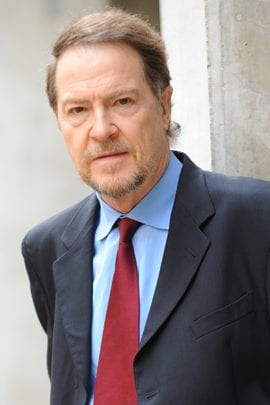 Let’s make 2019 the year we say no to the laundry list of abuses—cruel, brutal, immoral, unconstitutional and unacceptable—that have been heaped upon us by the government for way too long.

Let’s make 2019 the year we stop living in a state of utter denial, desensitized to the government’s acts of violence, accustomed to reports of government corruption, and anesthetized to the sights and sounds of Corporate America marching in lockstep with the police state.

Here’s just a small sampling of what we suffered through in 2018.

The government failed to protect our lives, liberty and happiness. The predators of the police state wreaked havoc on our freedoms, our communities, and our lives. The government didn’t listen to the citizenry, refused to abide by the Constitution, and treated the citizenry as a source of funding and little else. Police officers shot unarmed citizens and their household pets. Government agents—including local police—were armed to the teeth and encouraged to act like soldiers on a battlefield. Bloated government agencies were allowed to fleece taxpayers. Government technicians spied on our emails and phone calls. And government contractors made a killing by waging endless wars abroad.

The president became more imperial. Although the Constitution invests the President with very specific, limited powers, in recent years, American presidents (Trump, Obama, Bush, Clinton, etc.) have claimed the power to completely and almost unilaterally alter the landscape of this country for good or for ill. The powers amassed by each successive president through the negligence of Congress and the courts—powers which add up to a toolbox of terror for an imperial ruler—empower whomever occupies the Oval Office to act as a dictator, above the law and beyond any real accountability. The presidency itself has become an imperial one with permanent powers.

Police became a power unto themselves. 911 calls turned deadly. Traffic stops took a turn for the worse.

The courts failed to uphold justice.

The rich got richer, and the poor went to jail. Not content to expand the police state’s power to search, strip, seize, raid, steal from, arrest and jail Americans for any infraction, no matter how insignificant, the Trump administration gave state courts the green light to resume their practice of jailing individuals who are unable to pay the hefty fines imposed by the American police state. These debtors’ prisons play right into the hands of those who make a profit by jailing Americans.

The cost of endless wars drove the nation deeper into debt. Policing the globe and waging endless wars abroad hasn’t made America—or the rest of the world—any safer, but it has made the military industrial complex rich at taxpayer expense.

“Show your papers” incidents skyrocketed. We are not supposed to be living in a “show me your papers” society. Despite this, the U.S. government has introduced measures allowing police and other law enforcement officials to stop individuals (citizens and noncitizens alike), demand they identify themselves, and subject them to patdowns, warrantless searches, and interrogations.

The plight of the nation’s homeless worsened. In communities across the country, legislators adopted a variety of methods (parking meters, zoning regulations, tickets, and even robots) to discourage the homeless from squatting, loitering and panhandling.

The government waged war on military veterans. Military veterans have increasingly been treated like criminals— targeted for surveillance, censorship, threatened with incarceration or involuntary commitment, labeled as extremists and/or mentally ill, and stripped of their Second Amendment rights—for daring to speak out against government misconduct.

Free speech was dealt one knock-out punch after another. On paper, we are technically free to speak. In reality, however, we are only as free to speak as a government official—or corporate entities such as Facebook, Google or YouTube—may allow. The reasons for such censorship varied widely from political correctness, safety concerns and bullying to national security and hate crimes but the end result remained the same: the complete eradication of free speech.

Police became even more militarized and weaponized. Despite concerns about the government’s steady transformation of local police into a standing military army, local police agencies continued to acquire weaponry, training and equipment suited for the battlefield—with full support from the Trump Administration. There are now reportedly more bureaucratic (non-military) government civilians armed with high-tech, deadly weapons than U.S. Marines.

The government waged a renewed war on private property.

The Deep State took over. The American system of representative government was overthrown by the Deep State—a.k.a. the police state a.k.a. the military industrial complex—a profit-driven, militaristic corporate state bent on total control and global domination through the imposition of martial law here at home and by fomenting wars abroad. When in doubt, follow the money trail. It always points the way.

The takeaway: Everything the founders of this country feared has come to dominate in modern America.

Yet if freedom is to survive at all, “we the people” will need to stop thinking as Democrats and Republicans and start thinking like true patriots. As Edward Abbey warned, “A patriot must always be ready to defend his country against his government.”

Let’s not take the mistakes, carnage, toxicity and abuse of this past year into 2019.

As long as we continue to allow callousness, cruelty, meanness, immorality, ignorance, hatred, intolerance, racism, militarism, materialism, meanness and injustice—magnified by an echo chamber of nasty tweets and government-sanctioned brutality—to trump justice, fairness and equality, there can be no hope of prevailing against the police state.

Constitutional attorney and author John W. Whitehead is founder and president of The Rutherford Institute. His new book “Battlefield America: The War on the American People” is available online at www.amazon.com. Whitehead can be contacted at johnw@rutherford.or.