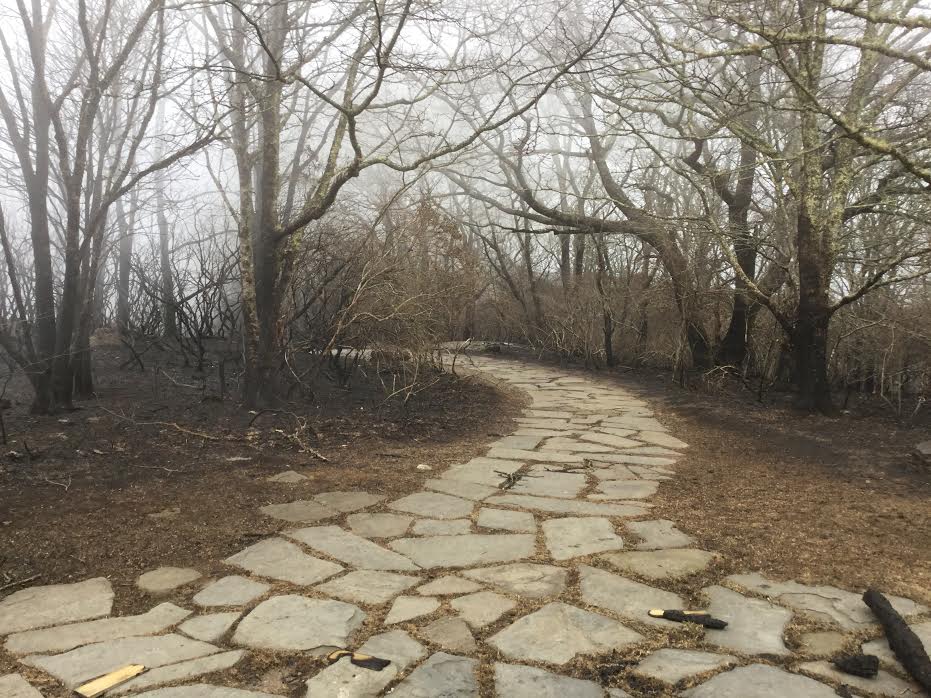 Macon County Emergency Service Management Director Warren Cabe issued a release lifting the county’s burn ban on Tuesday afternoon following some much needed rain. The county’s jurisdiction includes lifting the burning ban on outdoor burning, including burning leaves, branches and other material, within 100 feet of an occupied dwelling. Macon County only has jurisdiction for outdoor burning within that 100 feet area. Outdoor burning greater than 100 feet from an occupied dwelling is regulated by the N.C. Forest Service and is not allowed until that restriction is lifted.

Even though the region has received some rain, the State of Emergency that was proclaimed in Macon County still exists and will remain in place until all threats from the existing wildfires have subsided, including any impact some potentially severe weather that is approaching the area may have on the fire areas.

Residents are urged to check with the appropriate authorities before conducting any type of outdoor burning and, if burning is allowed, they should still continue to follow safe practices and use extreme caution.

Over the weekend, the Wayah Bald Fire Tower’s roof was burnt by the Camp Branch Fire , as was the nearby historic Jones Cabin, which was ruled a complete loss. The fire tower was first constructed in 1937, but the roof was later added by the forest service in 1983 during a remodel process. Both the tower and the Jones Cabin loss marks the first significant structures impacted in Macon County due to the wildfires that have been raging in Western North Carolina since Oct. 23. No homes in Macon County have been lost in the fires.

Forest Service Road 69, the road leading to the Wayah Bald Tower, remains closed as of Wednesday due to the proximity to the Camp Branch Fire which is still burning in Macon County.

Macon County officials met with North Carolina Governor Pat McCrory last Wednesday morning at the Incident Command Center located at the former Caterpillar plant. Officials were briefed on the Rock Mountain Fire, which is pressing its way into Macon and Clay counties from Northern Georgia. Officials were also notified of the Camp Branch Fire which was first reported just after 5 a.m. last Wednesday morning on Wayah Woods Lane. Until the Wednesday morning fire, officials told Gov. McCrory that much of the focus in the region has been on containment of the 26 active wildfires burning nearly 30,000 acres in Western North Carolina.

“We are still averaging about a fire a day,” Mike Wilkins, District Ranger for the Nantahala National Forest informed Gov. McCrory a week ago. “The new fire will probably grow to around 500 acres before we have it contained.” 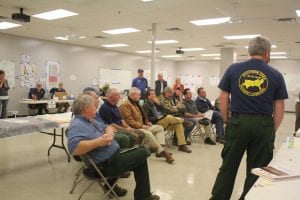 percent contained. On Tuesday, Nov. 29, crews began staging, pulling fire hose off the line, and backhauling excess supplies and equipment. They also used the break in the weather to clean trucks and equipment and sharpen tools. They continued to be available to respond to any new starts.

The Rock Mountain fire, which originated in Clayton, Ga., has been burning for just over two weeks in North Carolina and focus and resources are currently being shifted to help build containment lines and enforce structure protection around homes in that area. The Mulberry Community in South Macon County will likely be the only area impacted by that fire. The most significant threat to Macon County at this point, is the Rock Mountain fire, which has reached 24,725 acres with only a 50 percent containment.

“These fires are unprecedented and the diligence of the communities, the volunteers, and the firefighters from all over the United States who have come to help is truly remarkable,” said Gov. McCrory. “The firefighters and these communities enduring these wildfires are truly resilient.”

Earlier this month, Gov. McCrory visited Clay County to visit the site of the Boteler Fire and commented on how much the conditions and air quality have worsened in the few short weeks since his last visit.

According to the governor, an emergency session of the legislature is likely the first few weeks of December to discuss emergency funding for both Hurricane Matthew on the coast and the wildfires ravaging the western part of the state.

County commits to improvements at Wesley’s Park and community building