The last day for early voting across North Carolina is Saturday, May 14, at 3 p.m. The Primary election day is Tuesday, May 17. Voters may vote at their designated polling places on that Tuesday. Polls will be open from 6:30 a.m. to 7:30 p.m.

Brent Holbrooks is 45 years old and was born and raised right here in Macon County. Growing up in Franklin, he attended public school in the Franklin area until his late high school days; when he chose to attend and graduate from Military School. He graduated from the Academy in 1994 and moved back to Macon County “eager to pursue a career in law enforcement and was very focused on attaining my goals.”  He worked for the town of Franklin while waiting to turn 21 when he could begin the BLET [Basic Law Enforcement Training] program.

Holbrooks obtained his law enforcement certification from Southwestern Community College and began working at the Macon County Sheriff’s Department in 1999. He left in 2004 to learn a new trade. “But I knew that I would return to law enforcement; and I did just that in 2008. I returned back as road patrol officer and shortly thereafter, I was promoted to corporal,” said Holbrooks.

In 2010, he transferred from road corporal to corporal over civil process and courthouse security.  He was promoted to Sergeant in 2016, and just recently promoted to lieutenant over civil process and courthouse security.  He has served as team leader on the SWAT team for 15 years while employed at the Macon County Sheriff’s Office. He also worked at the Multi-Agency Narcotics Unit for a little less than a year, where I bought an array of drugs in Western North Carolina. Though he was gone about three and a half years from 2004 until 2008, he “bought back all of his time, which makes me the candidate with the most years of service at the MCSO; 22-years of service (23-years in May 2022).”

Chris Browning was born and raised in the Iotla Community. He served in the U.S. Air Force and served for five years as a Macon County Deputy. He has been a Macon County business owner for 17 years. Post military service, he served with the Macon County Sheriff’s Department from 1998 to 2003 as a Road Deputy and Shift Investigator. His current capacity consists of serving the community as a merchant/small business owner at Browning Well and as President of C&S Enterprises for the last 16 years. Browning’s campaign is self-funded.

Why are you running for office?

Holbrooks: “As you would expect, there were a number of things that contributed to my decision to seek election for Macon County Sheriff, not the least of which was my belief that I could make a difference for the people of Macon County. Serving the public through law enforcement is my life, inspired and influenced by my father and grandfather, both having served Macon County in law enforcement for decades.  I take great pride in building personal and professional relationships here in Macon County and have become known over the years as a person that listens carefully to what people have to say.  It is from this perspective that I have learned a great deal about how our residents view and interact with the Sheriff’s department. I certainly do not know it all, but I do know what our communities are thinking, invaluable in the role of Sheriff. My ability to make a difference in Highlands, Franklin, Nantahala, Otto and throughout the entire county, is based on our residents’ vision for the county and not just how I see it – the reality is … this is OUR Macon County.   I also have a deep commitment to our next generation of children and young adults. This is evidenced by my direct involvement in our schools and churches and by my passion as a coach, mentor and volunteer.  Serving alongside others that are dedicated to our youth and their future will be a cornerstone of my run for Sheriff and a purposeful strategy of the Sheriff’s Office overall. I will press for community-related policies that prompt our deputies to work with other stakeholders as role models so that, together, our investment in the younger generation yields solid and measurable results.  The fact is nothing “made” me decide to run for Sheriff.  I like to think of it as more of a “calling” – it is what I was meant to be and the timing is perfect.”

Browning: “I understand that our community needs change, and our future depends on it. I am committed to bringing about the change we need in Macon County. I want to give the citizens of Macon County a choice to elect a Sheriff that wants change and will bring complete transparency to the Macon County Sheriff’s Office.”

Macon County, WNC, and NC has an epidemic drug problem. How do you think law enforcement can strengthen its response to this problem?

Holbrooks: I don’t think local law enforcement is ever going to completely wipe out the drug problem. However, I do know the necessary steps in order to decrease drug activity in Western North Carolina. I plan to develop a Multi-Agency Drug Task Force comprised with the far western counties. I’ve already reached out to several surrounding Sheriffs in order to begin those necessary early conversations. I also plan on increasing youth and young adult support and continuing rehabilitation services for those individuals that struggle with addiction(s).  My children and my grandchildren are being raised in our communities and I want drug dealers to know that this is not a safe haven for them!”

Browning: “One of my first actions in office will be to form a Highway Interdiction Team to combat the transport of drugs into our community, as well as Western North Carolina. If we stay with the same leadership that has been in office the last 20 years, we will continue to have this drug epidemic explode in our communities.”

Do you think the Nantahala community needs additional officers, and if so, what adjustment would you make within the department/budget to make that happen?

Holbrooks: I’ve already spoken to several people in both of these communities about increased offer presence. The movement of officers, in order to provide proper coverage, is one of my top priorities.

Browning: “Yes. I will petition the commissioners to add one full time deputy dedicated to Nantahala.”

What do you see as the strongest area within the department?

Holbrooks: We have lots of strong areas within the department.  I believe the strongest area is the men and women who work at our department. They come to work each and every day to serve and protect our citizens. I stand behind each and every one of the individuals who work at the MCSO; we have many who have the leadership skills to do great things for our communities.

What areas can be improved?

Holbrooks: I feel there needs to be a reconstruction of a few divisions within the office, to properly provide the coverage and services to the communities.

Browning: Narcotics division is in desperate need as there is only one dedicated Narcotics Agent working under the Sheriff. That will change under my leadership as well as overall resources to combat the drug epidemic 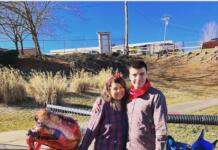