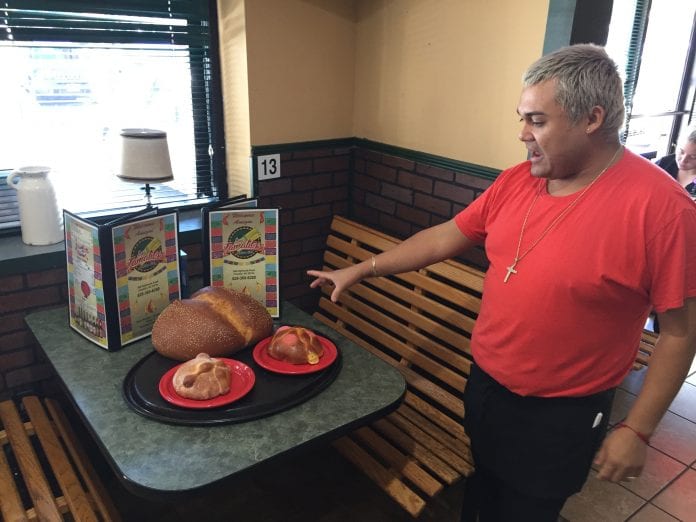 Day of the Dead is alive and well in Franklin’s Mexican community, and the public is invited to experience some of the traditions, too. Alex Hernandez, manager of Los Tamalitos Mexican restaurant at 549 Highlands Road hasn’t let the Mexican tradition honoring his relatives die in the 14 years since he left his home in Michoacán, Mexico.

“Ever since the movie ‘Coco’ everybody knows what Day of the Dead is,” he said of the 2017 Disney/Pixar animated film. Hernandez described plans for an elaborate altar in front of the restaurant’s salad bar that will include flowers, water, candles, food offerings, colorful cut-out paper and photos of his grandma and aunt.

Some of Hernandez’s waiters will dress as skeletons beginning Oct. 31, when restaurant patrons in costume will enjoy a 10% discount. Nov. 2 is the finale of the multi-day holiday that has come to be represented by brightly colored animals and flowers around skeletal figures. 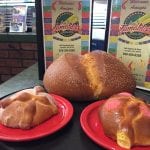 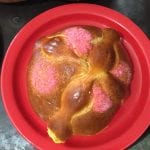 “The altar honors the dead and includes things that they liked,” Hernandez explained, carefully showing off several loaves of sweet, round Pan de Muerto, or bread of the dead, acquired for the altar from a Mexican bakery in Gainesville, Ga. The soft roll has bone shapes baked in and is topped with brightly-colored sugar. It will be eaten at the end of the holiday. The bread is an important part of the ofrenda, or offering, to the dead when they symbolically return on Day of the Dead.

Día de los Muertos, as the holiday is known in Spanish, is celebrated across Mexico and in Mexican communities as a way of helping the dead along their spiritual journey. Since Colonization, the dates have aligned with the Catholic holidays of All Saints Eve, All Saints Day, and All Souls Day. St. Francis Roman Catholic Church at 299 Maple Street will hold Thursday and Friday night Spanish services at 7 p.m., for those honoring their relatives. Near the altar, a book will be placed where families can write the names of their dead to be remembered throughout the month of November.

The Disney animated film “Coco” was inspired by the Day of the Dead holiday and tells the story of 12-year-old Miguel who is accidentally transported to the Land of the Dead, where his musician great-great-grandfather helps to return him to his family. The film won several awards for animation and original music and was praised for its respect for the Mexican culture.