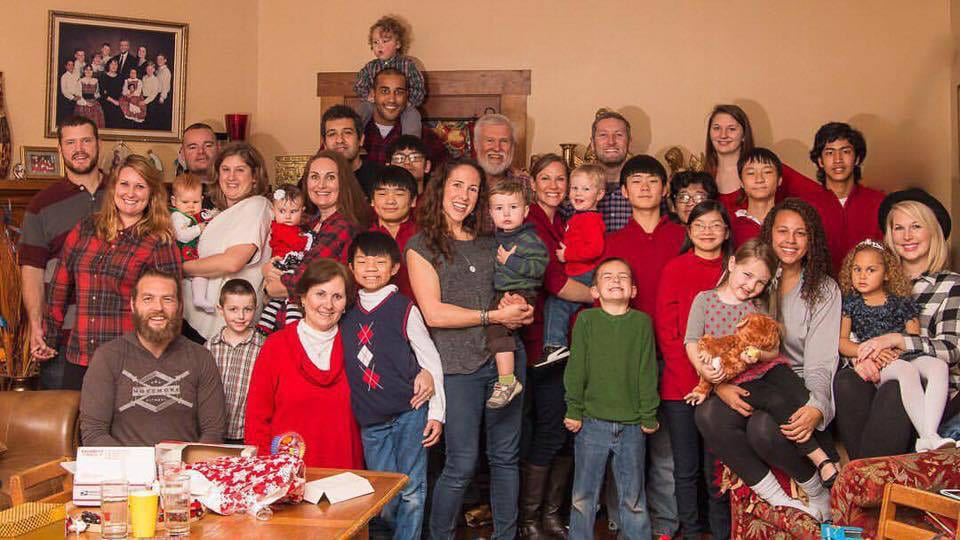 Today in Macon County, there are two children who are currently in foster care and have been cleared for adoption, but there isn’t a family lined up to adopt them…yet.

While Macon County typically averages having two or three children adopted each year, this year, 15 children are currently in foster care who are positioned to be adopted by families in the coming months. In 2016, eight children were cleared for adoption and placed with their forever families from Macon County foster care.

The staff at Macon County Department of Social Services works to not only find foster parents for children in the community, with 59 children in foster care as of today, but work to find forever families for children who transition from foster care to being eligible for adoption.

November is National Adoption Month and Children’s Home Society of North Carolina (CHSNC) is helping to raise awareness about the need for adoptive families for older youth in foster care. Every year more than 100,000 children in the United States, including more than 2,400 in North Carolina, are eligible for adoption according to CHSNC. Most adoptive children are 7 to 17 years of age. In Macon County, most of the children ready for adoption are school-aged children, with the average age being eight years old.

The biggest resource for local adoptions is through the local Department of Social Services Office which typically has an adoptions Social Worker.  The Macon County DSS office is located at 1832 Lakeside Drive. Stacey Messer, Macon County DSS Adoption Social Worker, along with Adoption Supervisor Lisa Hilliard strive to get children in Macon County into foster homes and eventually adopted. Messer and Hilliard also work with families continuously throughout the foster and adoption process.

“We work with Jackson County DSS and Swain County DSS to have monthly support groups for adopted families in the region,” said Messer. “We have a pot luck each month and the children are able to get together. We work to build a community around adoptive families.”

According to Messer, while there is a misconception that adoption is expensive, there are various resources available that make it affordable for local families. From assistance to cover the legal cost of adopting a child, to post-adoption resources and opportunities for children such as post secondary education scholarships and financial assistance for adoptive families. Macon County’s DSS Adoption services connects families with resources and aids in the adoption process as well as keeps working with families post adoption.

Messer also plans to schedule a class in February or March 2018 for foster and adoptive parents, or those interested in becoming a foster or adoptive parent.

Dozens of families in Macon County were made whole through the adoption process and to celebrate National Adoption Month, The Macon County News wants to help share their stories.

“We are the Albers family. We have seven kids, our four youngest came to our family through adoption. Lydia first entered our lives in 2012, and after seeing the need with our own eyes, we knew that our adoption story wouldn’t end with her. We then adopted Matthew in 2014 and Abigail and Isaac in 2016. These children have been amazing blessings to our lives. They’ve taught us more compassion, patience and love then we could have ever imagined. Our lives are full of joy because of these precious kids.” 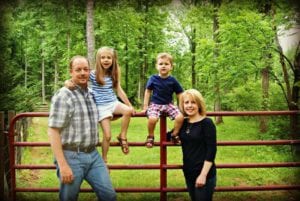 “Our greatest blessing is our children! They are my whole world!  We haven’t forgotten about all those other children who are just as precious as our M&M. Even almost six years later, I can remember every single one of those precious faces of each child that was available for adoption when we were considering adoption. It was heartbreaking reading about each one of them and I’ve often wondered about and prayed for them hoping they have found their loving forever home by now. Sad truth is, many will live 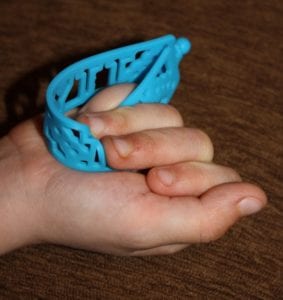 their whole life in the foster care system until they age out. I have known many of them through the years. I’ll never forget during one of our first visits meeting McKayla at 5 years old and as I left she handed me a .25 cent plastic bracelet and said, ‘Here take this so you don’t forget to come back for me.’ I wouldn’t take a million dollars for that bracelet now and she always has me show it to the audience when we go speak about our personal ‘family love story.’ Our God is a Way Maker!”

“I adopted Sofia on March 15, 2017. It was the beginning of a new life for Sofia and myself. I met Sofia through my job and fell in love with her. She is extremely talented and gifted. She has been a blessing in my life and I thank God for her. I am a single parent and want people to know that single people can adopt. There are so many kids out there who need a permanent home. I am a grandmother, but Sofia doesn’t mind. Sofia has adjusted well and is doing so much better in school. We do a lot of fun things together and take lots of pictures. She is happy to have someone to call Mom. I have been blessed with a daughter. We look forward to sharing the future together.”

“Tom and I have been blessed three times by adoption. Our children are

Ashley, 23, Emily, 21, and Christian,13. All three were adopted at birth. For us, adoption is the gift of life. We have an open adoption with all three of our children. We continue to stay in touch with their biological mother. We can’t imagine our lives without our children.”

“When we first found Shane he was one of over 100 foster children in North Carolina alone who were looking for their forever family. Shane was eight. People didn’t want to adopt children that old … they wanted babies. We had already had babies and knew the chances of these 100-plus children being adopted was slim to none. We were selected to be Shane’s forever family. You worry, will I love this child as much as the ones I gave birth to, the answer is a simple and resounding, ‘Yes.’ All you have to do is bring down the walls and let God work. We love all our children exactly the same no matter how they came into our lives. Our simple wish is that more people would choose to adopt through the foster care system. Yes, it’s hard and it will test every one of your limits but it is so worth it! The only regret we have in adopting Shane is that we didn’t find him sooner.”

In loving memory of our sweet Shane Joseph Tastinger.

“My husband and I adopted two boys from Moscow, Russia in 2002.  We

landed in the United States on Memorial Day.  They are natural brothers.  They are the true joys of our life.  I was diagnosed the first time with cancer in 1998 while pregnant, two years after we were married.  We lost our baby due to the cancer diagnosis.  I also was diagnosed with cancer in 2015.  We waited a few years after the first cancer diagnosis and began our adoption process using Catholic Social Services in Asheville.  We travelled to Moscow two times and completed a book of paperwork. The hardest part was leaving them after the first trip, not knowing when we would be able to return to bring them home.  Seeing their sad faces in the window of the orphanage, and the other 50 kids standing at the window waving goodbye to us was heart-wrenching.  We returned a month later.  They were just a few months shy of their 3rd and 4th birthdays, and are 11 months apart.  They did not speak English and we did not speak but a few key words in Russian.  The first few months were interesting with the language barrier.  But as is natural with kids, they learned the language quickly and were speaking by the holidays.  Interestingly enough, Nicholas learned more Russian in those months than he spoke when we adopted them as the two boys would speak to each other in Russian.  Jacob graduated from Franklin High in 2016 and is attending Southwestern.  Nicholas will graduate from Franklin High in 2018 and plans to join the Air Force.  This is truly the best experience we could have ever experienced.”

Our adopted family started from our biological son (Camden) request to have another sibling almost 4 years ago. That begins a journey of us receiving a 4-year-old girl (Chloe) in the fall of 2013. After she went back a year later we were blessed to have the opportunity to meet Ayden who was 2 at the time. Seven months later we were able to bring Cedric home from the hospital to join our growing family. After thinking our family was completed, July 2017 brought big news with us deciding to privately adopt Chloe back into our family. Sometimes the road has not been easy, but each and every day we thank God that he brought these kids into our lives and grew our family the way he wanted it. We also thank all the hard workers at DSS who spends hours trying to find homes for each and every one of these kids.

“Even before we were married, Jerry and I talked about adoption. We believed that every child deserves a family and were willing for God to use us to provide that. We didn’t imagine then that we would be blessed so abundantly. We have adopted 13 children from foster care and privately, both domestically and internationally. There were times along the way when we thought that we were too old or didn’t have enough money to adopt. We discovered that we were wrong. No family is perfect, neither is ours, but we are grateful to have each other, even with all our flaws.  There are millions of children around the world who need families. You don’t have to be special in any way to help meet this need.  We would be happy to talk to anyone who may have questions.”

Special Liberty Project happy to be relocated in Macon County