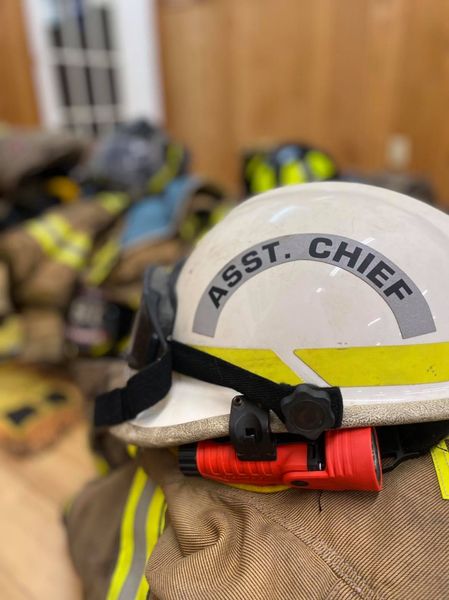 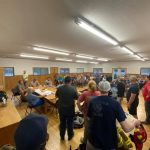 Over the years, volunteer fire departments have struggled to meet roster requirements due to a decline in people signing up to volunteer. To address this, it has become standard practice for individuals who do not live within a specific fire district to volunteer with neighboring departments, which was the case at Cullasaja Gorge Fire & Rescue until Thursday night.

Thursday’s meeting was advertised in a local paper as allegedly required by the department’s bylaws.

The vote to allow only individuals who live within the Cullasaja Gorge Fire district to be eligible to volunteer with the department was a change to existing bylaws. Despite multiple requests, the bylaws for the fire department have not been made available for review.

Interim Fire Chief Bobby Henry, who was appointed Thursday night, stated that a request to have a copy of the bylaws was made to the board and it would be up to them whether or not they would be provided. After speaking with Henry, Chairman Mark Lamb, who has since resigned, stated that at the guidance of outgoing Chairman Jack Baird, any request for the bylaws would need to be made through the fire department’s legal counsel.

The fire department is considered a 501(c)3 nonprofit corporation, therefore bylaws and most operating documents are generally considered public record and available to members upon request.

The meeting at Cullasaja Fire Department began at 7:30 p.m. Board Chairman Jack Baird noted when calling the meeting to order that Thursday night was the first time     during his 5 or 6 year tenure as chairman that a fire department business meeting had enough members of the community present for a quorum, meaning there were enough people present to vote on business or changes to the department.

As soon as Baird called the public meeting to order, a gentleman in the audience made a motion to close the meeting to any member of the public that did not reside within the Cullasaja Fire district. Baird then explained to the crowd that according to the department’s bylaws, business being discussed that would be voted on could be held during a closed meeting where only property owners of the Cullasaja Fire District could be present and be allowed to vote.

Prior to Thursday night’s meeting, the majority of the firefighter roster for the Cullasaja Fire Department was comprised of volunteers who resided outside of the fire district — including the top three ranking members of the fire department. Members of the Cullasaja Community in attendance for the meeting — although not members of the fire department –  voted to close the meeting, which resulted in the majority of active volunteer members being forced to leave. Despite Baird stating that the bylaws allowed only property owners to be able to vote, no verification ensued on whether or not those that voted were actually property owners. Henry stated that verification of residency did not need to be completed Thursday night prior to the vote because he had verified everyone’s residency prior to the meeting.

The ranking members of a volunteer fire department are elected and voted on by the volunteer firefighters within the department. During a recent internal election, firefighters voted to elect Tubby Zachary as the next chief of Cullasaja Gorge Fire & Rescue. Zachary has served as assistant chief of the department for the last two years and has volunteered with the department for the last eight years. Zachary is dually sworn and also serves on the Highlands Fire Department. While Zachary does not own property within the Cullasaja Fire District, he and his wife reside across the road from the fire department for more than half the year, coincidentally in the months with higher call volumes, possible providing a better response time for calls.

Henry, who previously served as a paid member of Cullasaja Gorge fire department before resigning to take another position on Squad 4 with the county, spoke to community members to inform them that the Cullasaja Gorge Fire Department exists to serve the community, therefore, the operations of the fire department is ultimately up to them. Henry also noted that the individuals on the fire department who had just turned in their gear would allegedly check into the fire department as if they responded to calls — which means they would be credited with the $15 provided to volunteers for answering a call — but never actually responded to calls. Henry did not provide any evidence to the claim nor allowed the members to whom he was referring with an opportunity to address the claim. The accusation that volunteers were claiming to respond to calls was the center point for prohibiting people who live outside of the fire district from serving on the board, however, no such record exists in department minutes of there ever being an issue or claim that such actions were occurring.

Henry said that the county fire board responsible for overseeing volunteer fire departments was prepared to conduct an inspection on Tuesday to determine if the Cullasaja Fire Department could continue operating with the number of members on the board at that time. The Tuesday inspection was already anticipated prior to Thursday night’s meeting. County leaders had already been made aware that it was likely after Thursday night’s meeting, there would be fewer active firefighters on the roster. The inspection had been arranged prior to Thursday’s meeting.

Baird informed those in attendance that by Tuesday, if the fire department did not have at least 14 active members, on the roster, that the department would be placed on probation by the county. According to Macon County Emergency Management Director Warren Cabe, that probation would be due to falling below membership levels that are contractually required by the county.

A motion was then made by a member of the group to change the department policy to no longer allow volunteer firefighters to join the department if they do not reside within the Cullasaja Fire District. The motion passed with 43 votes in favor of the change — however no verification regarding the residency or property ownership of those who voted was requested.

On a motion made by Melissa Henry, Bobby Henry’s wife, Bobby Henry was then appointed interim chief of the fire department due to Zachary no longer being eligible for the post he was elected to since he did not own property.

After the meeting, Zachary raised the question as to the validity of Henry being able to serve as Interim Chief of the Department because he does not own the home in which he lives. When Zachary posed the question addressing Henry’s property ownership, Henry ordered Zachary and other members of the department removed from the premises by law enforcement. Several additional members of the fire department board allegedly do not meet the new requirements of being property owners as voted on Thursday night, however not only were they permitted to be present during Thursday meeting, they were allowed to vote.

According to Cabe, the inspection was conducted on Tuesday and since 21 members of the fire department resigned last Thursday, 18 new members have completed applications to join the department, bringing the department’s total roster to 32 people.

“We looked at the department’s 32-member roster and determined that 22 of those individuals had sufficient enough training to be considered active members,” said Cabe. “With the new members on the roster, Cullasaja was able to successfully pass the inspection and are in compliance with their contractual obligations to the county.”

Cabe said that over the weekend the department responded to three calls and was able to have five or six individuals respond to all three calls, which is average.