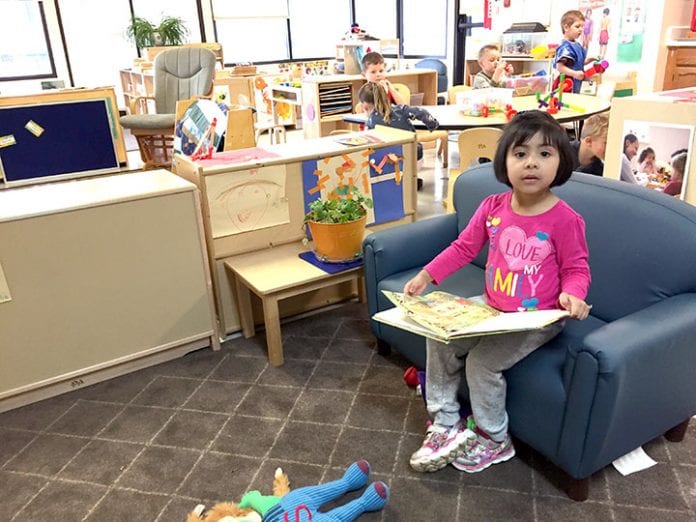 With childcare in Macon County costing as much as $784 a month, and a growing deficiency according to a draft of the Macon County Comprehensive Plan, some working parents are faced with choosing to either stay home or use an unlicensed facility.

“You’re looking at almost as much as a house payment,” said Commissioner Ronnie Beale, who handles education and childcare, and will be one of the commissioners approving the plan and its recommendations in the coming months.

To be eligible for federally-supported child care, a family of three must earn less than $21,330, combined. For state subsidies, a family can earn no more than $40,176, and both parents must be working or going to school to be eligible.

Still, the Comprehensive Plan assessment, which started with the Macon County Childcare Issues Committee’s work in 2009, said nearly 70 percent of children lack child care due to capacity shortfalls in the county’s 19 licensed centers.

“We are very, very limited on licensed childcare, especially for under three years old,” said Susie McCoy, director of Macon Program for Progress, which has hosted the federally-sponsored Head Start program since its inception more than 50 years ago.

It may sound like a lot, but the subsidies aren’t enough to pay the bills, or incentivize the private sector to open more childcare centers, both Beale and McCoy explained.

McCoy added that a new daycare center entering the market will only receive a one-star rating by the state in their first year of operation, meaning state subsidies are at their lowest.

“You cannot make your business work for working families and be able to survive on that,” she said. “Daycare is an expensive business. It costs dollars to provide quality care.”

And families who make as little as $50 over the state earning limit get no assistance, she said. That means a parent staying home, a child left with a family member, or at a non-licensed center.

Macon Program for Progress has enough demand to expand, but the expense of meeting building code requirements is prohibitive, said McCoy. Likewise, a building that is at code for child care does not exist in the county.

Beale said quality childcare is one of the top three items young families look for when moving to a new community, behind good schools and hospitals.

“To get young people who will come and work and start families, daycare is going to be paramount to them,” said Beale, who asserted that the county has experienced flat growth except for seniors.

The Comprehensive Plan, however, predicts an increase of 3 percent in the 0-14-year-old population by 2029, while 85 percent of the workforce is expected to be working parents in the next 10 years. With those assumptions, the plan predicts 750 children will be without childcare.

The Comprehensive Plan calls for the local government to “provide ongoing support and assistance as needed for the childcare industry in Macon County.”

But Beale said there hasn’t been any interest.

“We can help any way we can, but we cannot get in the childcare business,” he said, acknowledging that the Comprehensive Plan calls for the board to encourage private entities to enter the market. “There’s nobody really that has come to us and asked for those incentives.”

Instead, he is banking on a space needs assessment due to the Board of Commissioners in the coming months.

“If we’re going to have to go out and purchase property to construct a new senior citizen center, then I would encourage the board to get a piece of property large enough to also include a future daycare center,” he said.

The front-end investment to enter the market is just too high, Beale said. Building requirements designed for child safety, such as sprinkler systems and multiple exits are expensive to install. McCoy said the personnel requirements for Head Start are so stringent that she has 103 staff members catering to just 350 Head Start children.

Both McCoy and Beale said that state subsidies are too low and need to be revised in Raleigh. Beale said lobbying the state legislature to address childcare deficiencies in rural areas and inadequate subsidies is one of the top five priorities of the North Carolina Association of County Commissioners this year.

“We currently have a lot of folks that fall between the cracks,” he acknowledged, while noting no bill was yet on the books. Any such bill would come out of the Health and Human Services committee. “I would be in support of either increasing funding for [childcare subsidies] or changing the formula to be more inclusive.”

McCoy, who worked on the original report for the Comprehensive Plan, believes the problem in Macon County will only get worse before it gets better.

“Childcare needs across the state and in this region continue to grow,” said Breedlove. “We anticipate the need for childcare subsidies to also increase.”

Beale draws attention to the economic impacts on families, and the importance to the development of children.

NCDHHS updates guidance on who should undergo testing for COVID-19