The Christmas week cold weather that brought temperatures regionally down to 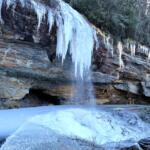 near or below zero created numerous strains on utilities. Some Macon County residents encountered electrical power outages and the Town of Franklin a water main break, both of which were blamed on the extremely cold weather. Additionally, accompanying high winds that followed a storm, which blew through the area Dec. 22-23, preceded an arctic blast that lasted until around the 28th. Area shelters, churches, and even motels were included in the increased demand for housing as a 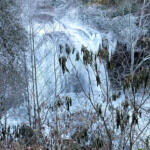 result of the outages.

At the time of year when goodwill is expected, Macon County and the Town of Franklin stepped up. Officials quickly provided not only pertinent information, but encouragements regarding the safety of self and other individuals – especially the elderly and neighbors. 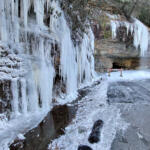 on Dec. 23: “Macon County is feeling the effects of a severe winter blast of cold air. Some light snow fell overnight but for the most part roadways are in good condition. There are approximately 2,600 power outages across Macon County. Restoration times may be as early as midday today for some locations but high wind gusts may hamper utility crews. Check on family, friends and neighbors as conditions remain frigid throughout the weekend. Use extreme caution with any alternative heat sources.”

A water line break occurred Dec. 27 and by early morning on Dec. 28, Town Manager Amie Owens alerted citizens of a water line break “due to the extremely low temperatures” with details about where the break occurred and what streets in Franklin were impacted. The alert expressed, “Crews have been working overnight to repair this line; however, at this time, we are unsure of how long these repairs will take. Water service will be interrupted during the continued repair. When service is restored, there may be air in the lines causing sputtering of water when first turned on, cloudy or brown water, and potentially contain dirt or small particulates. Residents are encouraged to run water from an outside spigot or in the bathtub to eliminate air from the lines quickly.”

The boil water advisory was lifted on Dec. 30.

“The crews did a great job in taking care of the repair, battling the cold, and handling other service needs at the same time,” said Owens.

Police officers transported individuals to and from a “warming shelter” set up by First United Methodist Church (FUMC). Pastor David Beam explained that during the recent extremely cold weather, approximately 25 people took shelter Dec. 23-26 at the Outreach Center located across the street from Lazy Hiker. Beam said, “FUMC members Carmen Mira-Knippel and Stephanie Alameda were instrumental” in orchestrating the arrangement of space for individuals seeking shelter.

FUMC also reached out to other area charitable organizations, such as Macon New Beginnings, No Wrong Door, and CareNet for assistance. An abundance of food, sleeping bags, cots, and blankets were received. Starting at 6 p.m. on Dec. 23, people spent parts of the next three days over the Christmas holiday at the Outreach Center – until the weather warmed up and power and water were restored.

“Some people simply have no secondary heat source, and when power was lost, what were tough conditions in a normal environment got significantly worse. The freezing weather and accompanying power outage were just a magnifying glass exposing previously existing issues some people face every day,” Beam explained.

“I must first of all thank our town employees for their quick response in repairing the broken water line. They worked tirelessly from the night the line broke until almost 5 p.m. the next afternoon. We are so fortunate to have folks working for the Town of Franklin and meeting the needs of the community. I sincerely appreciate our town manager’s quick response and direction for our residents in keeping them informed and safe in dealing with this emergency. Providing clean safe drinking water is a top priority for us here in Franklin. Thanks to everyone who understands the situation and responded well during this unfortunate incident.”

While the Town of Franklin as well as greater Macon County responded well to the extreme temperature drop, officials offered advice on how to be prepare for future harsh winter weather. Chief Holland pointed out that black ice on the roadways contributed to more vehicle crashes during those few days before Christmas.

“I urge citizens to always monitor the weather forecast and road conditions. Prepare your vehicles and homes for the extreme cold temperatures. Make sure you have alternative and safe heating sources. When driving during inclement weather conditions, always drive slowly to reduce risk of crashes.”

Finally, in the event of another water outage, the Town of Franklin offered instructions on what citizens can do during a boil water advisory: “Boil tap water vigorously for a least one minute before using it for drinking, cooking, or any consumption. This includes water used for dental care, making ice, food preparation, or any other consumption purposes. Water should be boiled from the time the advisory is issued and continue until the Town of Franklin officially lifts the advisory. During the time the advisory is in effect, the Public Works Department will have an outside laboratory perform an analysis to determine if the water is safe and meets all standards.”