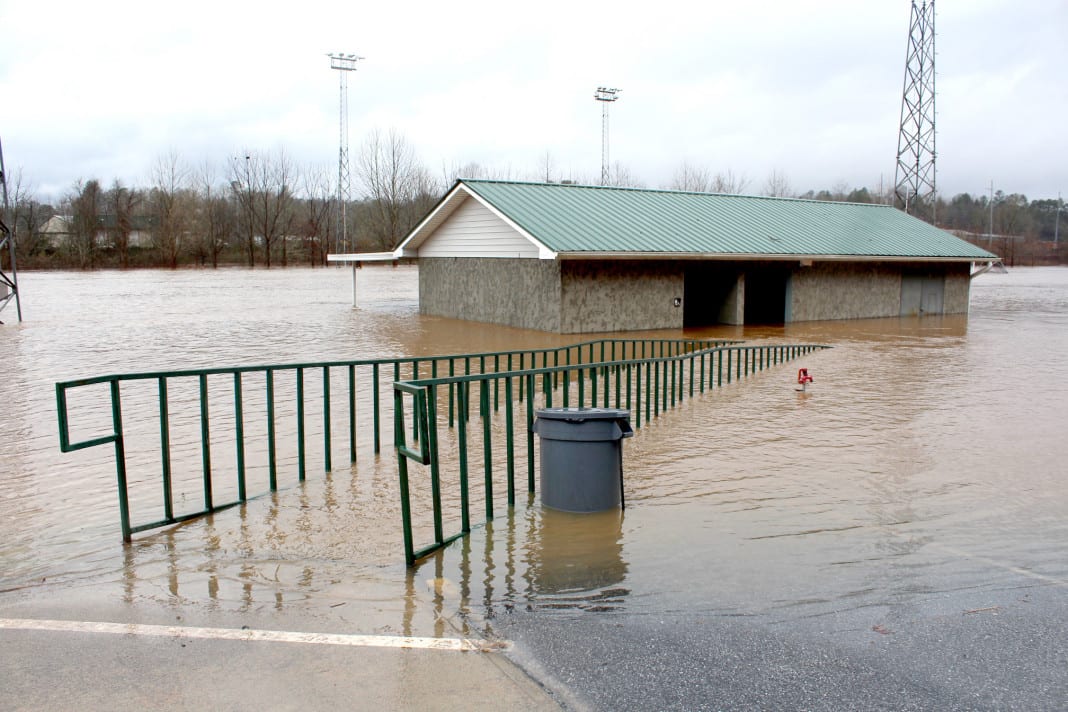 Over the Christmas holiday, Macon County saw some of the worst flooding in 15 years…

…resulting in hundreds of thousands of dollars to both private and public properties throughout the county. Because Macon County did not qualify to receive funding assistance from state programs, and with a $500,000 deductible to reach for insurance, County Manager Derek Roland requested $67,000 from the county on Tuesday night to fund the damage cleanup around Macon County.

“County maintenance crews have been diligently working to clean up debris like fallen trees and clear sand from the Greenway since the December flooding occurred,” said Roland. “Now we need to look at the other costs and needs to get our county back to where it needs to be.”

Roland outlined the $67,000 in damages, the bulk of which sits at $40,960 for Macon County Youth Football equipment that was damaged in the flooding. Youth football had all of their essential equipment needed for the upcoming season stored at Fox Ridge, also known as Cullasaja Park. The park was completely engulfed with flood waters, soiling the shoulder pads and helmets that were kept inside the building at the park. Because flood waters are considered contaminated, the equipment couldn’t be salvaged, leaving the youth football association to have to throw it all out and start from scratch. The $40,960 in damages are for the bare necessities to be able to have a football season this year, and doesn’t include all of the uniforms and extra pieces that were also lost but will ideally replaced as the season commences.

Roland informed commissioners that measures will be taken in the future to avoid equipment from being damaged again. The football youth association is currently looking at grants to renovate the building to add a second story, which would keep equipment out of flood waters in the event such catastrophic flooding occurs again.

The Macon County Soccer Program, which is housed at the fields at the Industrial Park was also impacted by the flooding. The field’s irrigation pump was damaged and the netting around the goals was destroyed and molded. To repair those damages, Roland informed commissioners that $5,300 would be needed.

The fencing at both parks also needed to be replaced and mold removal occurred at both structures, accounting for another $5,162.

Much of the damage to the Greenway has already been cleaned up by county workers and included a lot of debris clearing. In addition to removing sand and clearing branches that were left after the Little Tennessee flooded, $4,740 was needed for grading costs to replace the undermined road at Fox Ridge and an additional $1,920 was needed for the tables, trashcans, and fencing throughout the Greenway that were damaged.

Roland informed commissioners that after speaking with a local insurance agency, it wouldn’t make financial sense for the county to insure the buildings at Cullasaja Park and the Industrial Park, because the annual premiums, paired with the deductible the county would have to meet in order to qualify for assistance, would be far greater than the cost to repair the damages in the event such flooding recurs.

Macon County commissioners voted to unanimously to allocate the $67,000 to repair damages associated with the December rains.