As a kid in the 1960s, I was a Felix the Cat fan. The cartoon character’s signature move was pulling whatever he needed out of his satchel, ergo – the Felix theme song lyrics of “Whenever he gets in a fix, he reaches into his bag of tricks.” MacGyver (the original version from the 1980s) also showcased a character who had a propensity for getting into a fix. Unlike Felix with his magic bag, MacGyver relied on his wits, his scientific knowledge, and a few common household items to wrangle his way out of dire predicaments. These seemingly wasted hours in front of the tube actually provided me with a pair of competing metaphors for modern living. Will we be seduced by the apparently never-ending stream of tools from our bag of tricks, also known as smartphones, or will knowledge, resourcefulness and a little duct tape prevail?

There are two basic divisions of what a smartphone is used for. There is the “tool” function in which the device is actually used as a phone (though people text more than talk). The list continues with cool and useful things such as a camera, clock, calculator, GPS, flashlight, etc. The other main aspect of mobile devices is access to the internet and everything that that entails. While all-the-time access to the world-wide-web is certainly a formidable tool in its own right, it does have a few drawbacks.

In the not-so-distant past, if you had a burning desire to know what the capital of Moldova was, you would need to consult a reference book with a possible trip to the library. Today, that particular factoid can be quickly obtained even if you can’t spell Moldova or find it on a map. Is it possible that our critical thinking skills are diminishing because of the ease of obtaining information? Siri and Alexa in their soothing synthesized voices can explain that an augmented chord is a triad with the fifth sharpened half a tone. If you haven’t already learned some basic music theory, that definition isn’t going to make any sense. Without foundational knowledge to anchor it, information is usually of limited value.

Some say we have reached “peak” smartphone. Sure, there will be dazzling new apps that will fill our goldfish attention spans but as the word “peak” denotes, we appear to be at the stage of diminishing returns. Sales of smartphones have leveled off, which suggests more faddish bells and whistles being offered instead of any real breakthroughs in technology. After all, how many megapixels does your camera really need? I know, you need all of them.

The influence of the smartphone in society is reminiscent of a debate in an earlier generation concerning television. Is TV good or bad? Are smartphones good or bad? The answer to both questions is “Yes!” Regardless of the pitfalls of habitual smartphone usage, it’s difficult to argue against its use, at least in moderation. However, I’m still counting on the importance of what’s inside our own craniums to make a comeback, just in case our digital bag of tricks ever goes on the fritz. 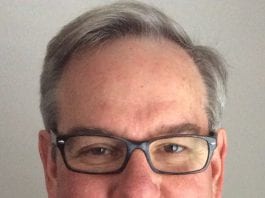