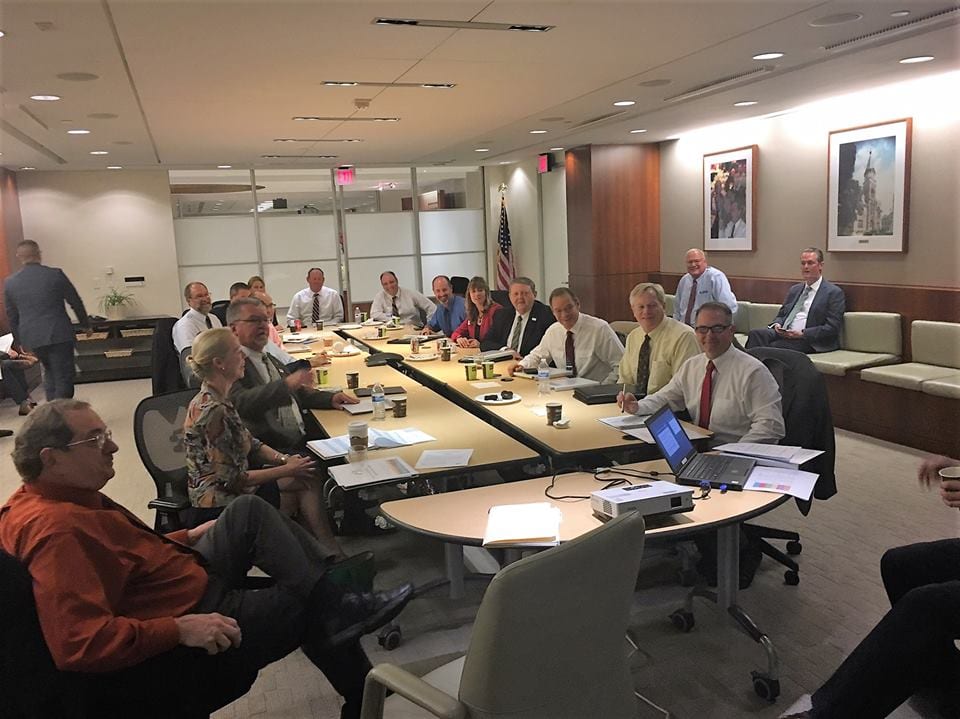 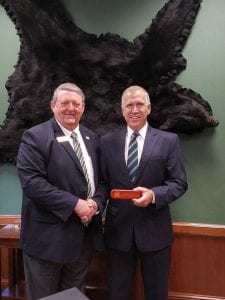 Macon County Commissioner and National Association of Counties’ board member Ronnie Beale joined commissioners from across the nation and NACo staff on Sept. 7 to 9 to urge members of Congress to support a full investment in the Payments in Lieu of Taxes, or PILT, program in FY 2017 and permanent funding for the future.

Beale met with leaders on Capitol Hill to push for immediate and long-term funding for the program.

Sixty-two percent of the nation’s counties have federal public lands, including Macon, where federal lands make up approximately forty-eight percent of the county.  For 2016, the county received PILT payments of $341,800.

PILT payments help local governments carry out such vital services as firefighting and police protection, construction of public schools and roads, and search-and-rescue operations. The payments are made annually for tax-exempt federal lands administered by the Bureau of Land Management, the National Park Service, the U.S. Fish and Wildlife Service (all agencies of the Interior Department), the U.S. Forest Service (part of the U.S. Department of Agriculture), and for federal water projects and some military installations.

The Department of the Interior’s (DOI) Office of the Secretary has administrative authority over the PILT program. In addition to other responsibilities, DOI calculates payments according to the formulas established by law and distributes the available funds.

In 2016, Congress appropriated $452 million for the PILT program, allotted to approximately 1,900 counties and other local governments across 49 states.  Despite not being able to collect property taxes on federal lands, county governments must still provide many important services for residents and visitors.  The funding for PILT is set to expire at the end of September 2016.

“Without congressional action, there could be significant budget shortfalls in counties across the country,” said Beale.  “Our county provides continued services on federal public lands, and Congress should provide ongoing, predictable funding to support them.  The residents of Macon County pay their taxes as should the federal government.”

Congressman Mark Meadows met with Beale and other advocates last week and has been a champion for PILT funding since he was elected to office. Congressman Meadows sits on Congress’ Western Caucus and is the only representative from the eastern part of the country. While western states are predominately impacted by PILT funding, several counties in Congressman Meadows’ district, which includes Macon County, will be adversely impacted if the funding isn’t restored. Swain County, which is also in Meadows’ district, has the sixth highest percentage of federal lands under the PILT Program in the entire country.

“Not only is PILT funding crucial to my district in the short term, but it is vital to have a longterm solution so school systems throughout the country that count on that money each year know that they will have funds they can depend on,” said Meadows. “Commissioner Beale’s unyielding effort in keeping this issue not only in front of me, but also in front of leaders from across the country has made all the difference in ensuring a longterm solution occurs.”

With PILT funding expiring at the end of the month, both Beale and Meadows are hopeful that a longterm solution will be reached, allowing school systems the security of continuous funding for education.

‘Murder by the Book’ at the library