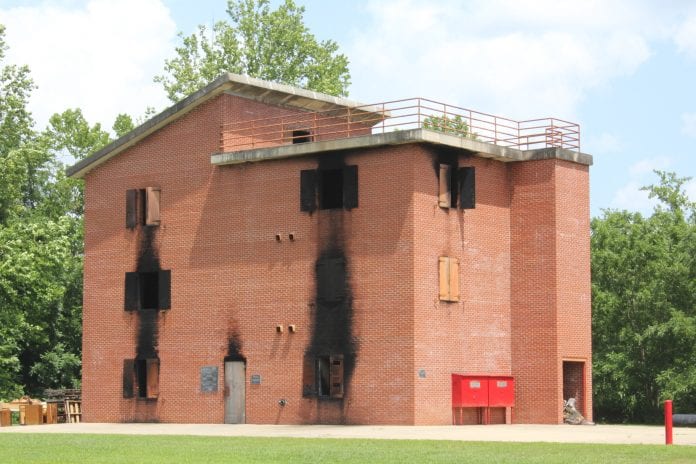 Jackson County’s new tax, along with the state of North Carolina’s newly approved bond referendum which also allocates funding to SCC, has opened conversation as to what capital improvements need to happen at the community college.

With $7,170,597 to spend after the passage of the state’s Connect NC Bond, SCC is looking at projects in Jackson, Swain, and Macon and determining what needs to be done.

Last month, the Macon County Board of Commissioners heard from Commission Chair Kevin Corbin who noted that part of the capital improvements being looked at includes improvements to the burn building at the Macon Campus of SCC.

“Essentially what we have been told is that since the Connect NC Bond passed on the ballot in March, SCC plans to build a new science building in Jackson County and they are looking at building a new burn building here in Macon,” said Corbin.

While the board of commissioners didn’t voice an opinion on whether or not the Macon Campus needs a new burn building, there were concerned with the initial cost estimate to build it.

“They estimated the cost of a new burn building to be about $2 million,” said Corbin.

Corbin explained that based on what he has learned from the SCC Board of Trustees infrastructure plan, SCC would be responsible for funding $1.5 million of the project, with the county looking to pick up the remaining $500,000, a figure commissioners weren’t sold on.

“Didn’t we just spend money out of county contingency fund to pay for new burn panels after the December flooding,” Commissioner Ronnie Beale asked Corbin. “I understand the building is getting older, but I would personally like to know if it is structurally deficient to the point where we have to tear it down and build a whole new structure or not.”

With flooding that hit the county over Christmas, Macon County allocated $6,856 to replace the burn panels in February. The current burn building is 26 years old, and according to Corbin, when it was built officials expected to get about 30 years out of it.

SCC contracted with an engineering firm to visit the site and give an estimate for what a new building would cost, but Corbin said if the county is going to provide significant funding, it’s their due diligence to get an independent assessment of the project rather than accept SCC’s engineer’s proposal. Corbin also noted that instead of a complete rebuild, maybe the county should look at renovation options that would give the building an additional 10-15 years, at a fraction of the cost.

The burn building discussion is still in preliminary stages, as Commissioner Gary Shields pointed out. Shields sits on the SCC Board of Trustees. Jackson County Commissioners have yet to approve any plans or made any commitments to proposed plans.

Tuesday night, Curtis Dowdle, Dean of Public Safety Training align with SCC’s President Dr. Don Tomas spoke to Macon County commissioners about the burn building and moving forward with a new structure. At the request of Shields, the pair spoke to commissioners about the possibility of finding a new location for the county’s burn building because they current building is located inside the flood plain and often causes problems at the facility. Commissioners had to replace the burn panels on the building because of flooding damage in December. Relocating the building would alleviate that problem.

Commissioner Beale suggested the county looking at the burn building in Orange County, which is utilized by 21 departments for training. “Our burn building is the Taj Majal Hall compared to theirs and its gets used every day,” said Beale.

In addition to the burn building being used by SCC students, its the only training facility west of Asheville for local fire departments to utilize for mandatory training. Departments are able to use the facility for training needs, free of charge.

While final details are still being worked out, the Macon County Board of Commissioners did direct County Manager Derek Roland to contract with an independent contractor for an estimate on both renovations and/or the complete rebuild of the burn building.