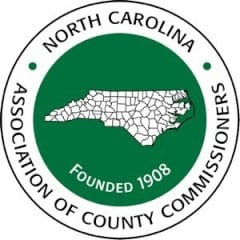 The Macon County Board of County Commissioners passed two resolutions last week in support of state initiatives to better health and education in North Carolina.

The North Carolina Association of County Commissioners‘ mission is to serve all 100 counties in the state as an advocate before the executive, legislative, and judicial branches of state government. Since being founded in 1908, the NCACC has become one of the most successful and active statewide local government associations
in the nation.

“The influence we have built at the NCACC is entirely dependent on our individual county boards being active, engaged, and educated on the issues,” said Glen Webb, President of the North Carolina Association of County Commissioners. “The people of Macon County should be proud to have a board of commissioners  that is always ahead of the curve. Resolutions like the two Macon County passed last week send a message to the leadership at the NCACC that we are fulfilling our obligation to represent all 100 counties.”

Macon County Commissioner Ronnie Beale serves as the past president of the association and remains an advocate for the county on the state level. During the February meeting of the board, Beale presented the county with two NCACC resolutions working for the betterment of the state.
The first resolution in support of Prevention Partners statewide Wellness Initiative is geared toward promoting healthier lifestyles and committing to implementing programs for the county’s citizens.

Healthy Together NC is an initiative from Prevention Partners, a non-profit that builds healthier communities through a suite of products that guides schools, workspaces, hospitals and clinics to address the leading causes of preventable diseases; tobacco use, poor nutrition, physical inactivity and obesity. The Healthy Together NC campaign hopes to reach at least 10 organizations in all 100 counties by 2025, including county governments.

“The things Healthy Together NC is focusing on are things and programs that Macon County is already doing,” said Commissioner Beale. “We are fortunate that not only are we already working on these programs, but our county is going above and beyond. I think passing this resolution helps strengthen the state initiative.”

Macon County leaders joined with the NCACC in support of the Connect NC Bond Act that will appear on the primary ballot this March. The NCACC resolution supporting Gov. Pat McCrory’s bond explained that the bond package includes funding for community colleges and water/sewer projects.

The North Carolina Community College System is in need of new and renovated facilities to educate and prepare students and works for the 21st century for the purpose of enhancing the economic appeal of the state. Statewide, the funding allocated for Southwestern Community College and Western Carolina University are the most substantial projects in the bond package.

Forty-nine percent of the Connect NC Bond package, which amounts to $980,000, is allocated for the UNC School System, with another $350,000 or 17 percent of the overall amount for community colleges across the state. SCC and WCU are set to receive $7.1 million and $110 million respectively if the bond passes in March.

Commissioner Paul Higdon, who was the sole “no” vote on the board in regards to the resolution, noted that he couldn’t vote to support the bond because of its lack of funding for K-12 education. Commissioners passed the resolution in a 4-1 vote.

Warrior Hikers embark on long journey on the way ‘home’