The Macon County Board of Commissioners voted to raise one of the lowest tax rates in the state in order to reallocate $415,000 into the school board’s budget to cover rising costs and expand the STEM program with the hiring of two new instructors.

Three of the five Maconians speaking at a public hearing Tuesday night urged board members to break an at least seven-year consistent ad valorem tax rate in favor of a half cent increase to satisfy education needs. The new tax rate required for a revenue neutral budget is equivalent to 37.47 cents for each $100 property value.

“We can all step up to the plate,” said Molly Phillips, a mother of children in the school system. Phillips asked commissioners to consider studies that show how increased investment in education has an inverse effect on crime and teen pregnancy, and improves the health and economic stability of a community. “I represent a bunch of parents who do support this tax increase to support education.”

County Manager Derek Roland broke down the pitch for reallocating $415,000 that had been cut from the $52 million county budget published online: $75,000 for a STEM coordinator; $60,000 for a 2 percent teacher and teacher assistant salary supplement; $75,000 for Macon Early College; a $100,000 cost of doing business increase and most importantly; $105,000 for two STEM teachers – accepting the recommendation of the Business Advisory Council.

STEM (science, engineering, technology and math) programs had been on the cutting block until county manager Derek Roland’s June 3 pitch got an approving nod from the commissioners.

“We do not have STEM teachers currently,” Roland said in last week’s special session, noting that the coordinator does not actually teach STEM classes, but coordinates after school programs and applies for grant funding to support the programs across 11 schools and Southwestern Community College.

After school programs are staffed with volunteer mentors with decades of tech experience with teachers being subsidized for the few extra hours of work. Those students who can participate are able to get a bit of preparation for next-generation jobs in areas like robotics and computer programming.

“The demand is there; we have one computer science class at Franklin High School,” said STEM coordinator Jennifer Love at the June 3 session. Love said that 56 students were signed up for the class with 192 on a waiting list.

“There’s not a better investment that we can be making as a board, as a county and for our students,” Roland said in praising the board’s commitment to education Tuesday night.

“For the first time in seven years we’ll basically be able to expand what were offering schoolchildren,” said Dr. Baldwin.

Much of the reallocation was used to maintain current programs. Macon County’s improved economic distress ranking, from Tier I to Tier II according to the North Carolina Department Commerce, is partly to blame for lost state funding.

The state will reduce funding to Macon Early College by $75,000, a gap the commissioners must fill.

The teacher and teacher assistants supplement assures enough instructors in classrooms and helps recruit and retain educators for the county’s estimated 4,466 students, Roland explained. The cost of business increase accounts for about 2 percent in increased supply and other costs across the board.

Not all commissioners were happy about the last-minute budget change, which is not reflected in the budget that was posted online and available to all citizens prior to Tuesday’s vote.

“Is there a need to advertise this tax increase?” asked Commissioner Paul Higdon. “No,” County manager Derek Roland clarified.

“We give you goals to shoot for,” Higdon told Roland pointedly, noting that this increase should have been negotiated during the budget process and cut from another area to maintain the county’s tax rate. “You spent four months, five months putting this thing together and here, at the last moment, we’re making some radical changes.”

Higdon’s was the only dissenting vote in the 4-1 passage of the county’s $53 million budget that followed.

The new STEM instructors will be added to Macon Middle School and Mountain View Intermediate School.

“We feel like the STEM program is essential to workforce development in the county,” said economic development director Tommy Jenkins.

Added Commissioner Karl Gillespie: “I don’t want a tax increase any more than anyone else, but I also realize that’s how things are funded.”

A three-cent tax on Highlands homeowners for fire rescue will help the Highlands Volunteer Fire Department expand to 24-hour service in coming years once a new property is acquired and a new fire house is constructed.

The tax increase, decided at a June 3 special session, will lift the tax rate from two cents to three cents, still far below the county average of 5.45 cents for fire rescue.

Highlands Fire Chief Ryan Gearhart is expecting to purchase a property and construct the building within the town limits for $5.5 million. The addition would increase response times and lower insurance rates for Highlands residents, he said June 3.

Commissioners also agreed to add $22,748 to the North Carolina Forest Service budget to help pay for a $56,000 forest vehicle, revising the service’s budget upward to $92,748.

Nantahala National Forest ranger Mike Wilkins was recognized by commissioners Tuesday for his three decades with the U.S. Forest Service in Macon County. The 40-year veteran ranger received a set of pens and a plaque with the Macon County flag for his 29 years of service to Macon County ahead of his last day July 3.

Wilkins was on hand to brief commissioners on this year’s projects and activities, including a new parking lot at Bartram Trail and upcoming plans to fix the Whitewater Falls parking lot, which receives 80,000 yearly visitors. Planned contracts in the coming fiscal year include replacement of the plumbing at bathrooms along the Nantahala River and improvement of the Silver Run Falls access area.

Commissioners approved a lease to Appalachian Growers for a 900 square-foot space at the Economic Development Commission, where three full-time and three part-time employees will help package and distribute for the industrial hemp grower, which farms on 10 acres in Cowee.

Jenkins said the industrial hemp industry is expected to grow to $1.8 billion thanks in part to its removal as a Schedule I controlled substance and classification as an agricultural commodity in the Agricultural Improvement Act of 2018. The law made a clear distinction between the illegal cannabinoid marijuana, which contains the mind-altering chemical THC, and other cannabinoids, which have medicinal properties or textile uses.

Lacy explained that the chemical found in the hemp she grows, CBD, is used by more and more Carolinians, including many veterans, for relief of rheumatoid arthritis, Parkinson’s disease, anxiety and other ailments.

Commissioner Ronnie Beale volunteered that he uses CBD ointment for neck pain, while Commissioner Gillespie touted that hemp grown in the mountains is of higher quality and fetches a higher price, offering a growth potential for the commodity in the region.

Appalachian Growers still does not sell its smokable flowers or oils to local distributors but is hoping to serve the local population as education improves and its local network expands.

Commissioners also voted Tuesday on how to allocate some $178,000 in occupancy taxes paid by the home rental company Airbnb on behalf of local homeowners between August 2015 and April 2019.

Airbnb had refused to provide the county with the names of the homeowners or their locations, preventing the county from allocating the funds to the appropriate tourism development commissions for Highlands, Franklin and Nantahala.

A resolution passed Tuesday amended the bylaws of each tourism commission in order to appropriate the funds in accordance with known occupancy rates: 71.04 percent for Highlands, 6.22 percent for Nantahala and 22.74 percent for Franklin.

The final order of business at Tuesday’s marathon session included approval for a request for proposals (RFQ) seeking an architectural firm for renovations at Macon Middle School. Commissioners learned Tuesday that a conditions assessment conducted by Asheville’s Novus Architects called for $15 million in upgrades to the school, far above the needs known or sought by the commissioners or the school board.

County manager Derek Roland said the $22,000 spent on the conditions assessment was “money well spent,” as it will help the School Board Liaison Committee identify priorities and draft an RFQ that targets those areas most in need of improvement.

Commissioner Ronnie Beale pointed out that the fire marshal has sent two letters to the school regarding its unsafe windows. Commissioners were eager to advance the project that would include construction improvements and replacement of building components and equipment.

Since design fees can cost up to 10 percent of total project cost, prioritizing and evaluating needs prior to issuing an RFQ can keep responding firms “honest,” explained Roland, and “will pay dividends in the long run on this project. It is simply proper planning.” 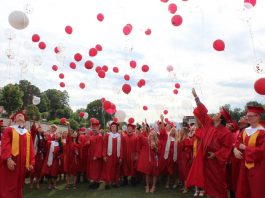 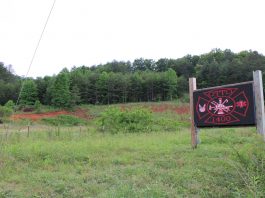 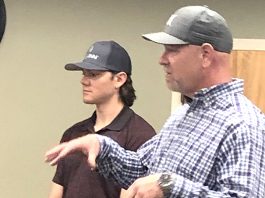