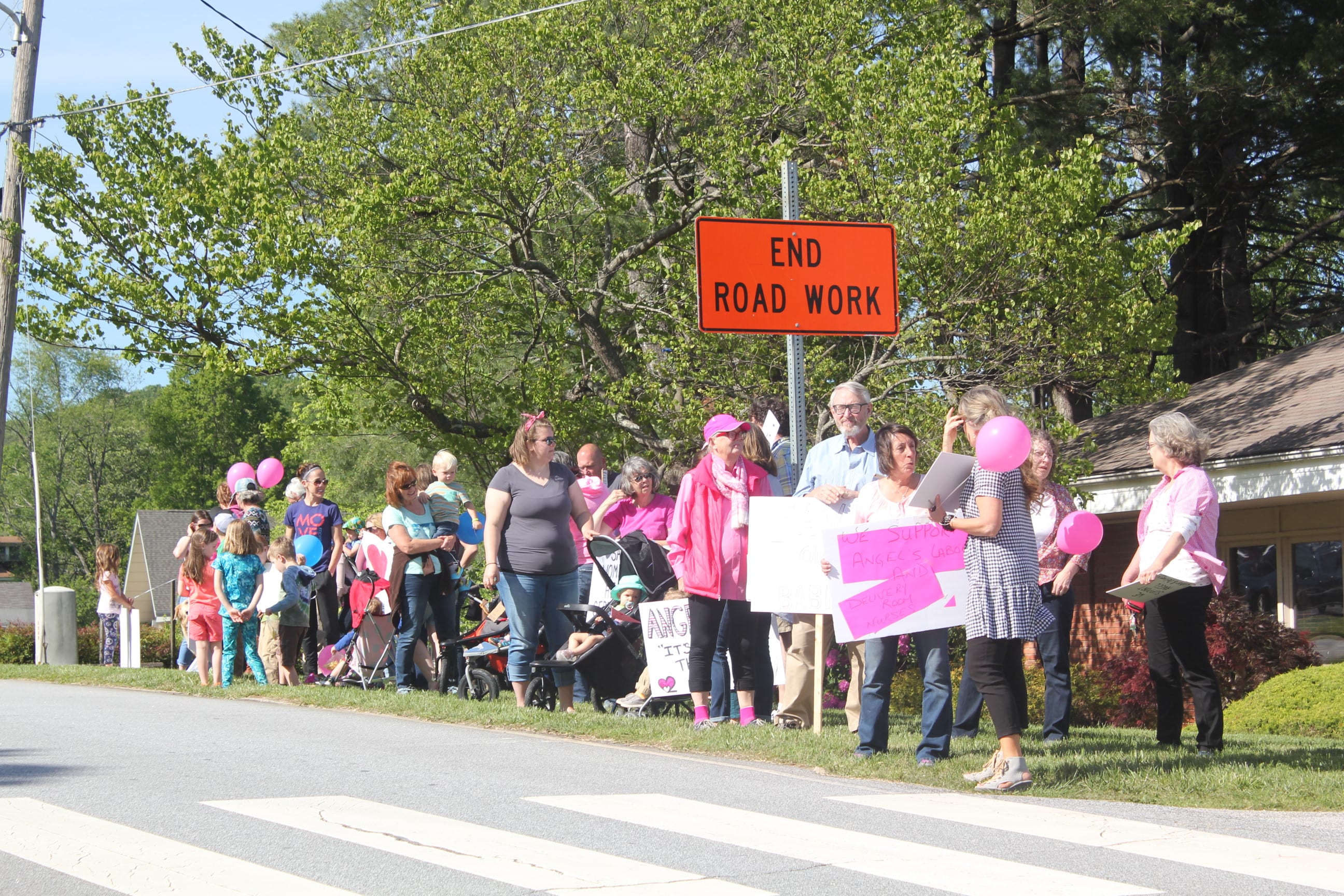 Macon County and Franklin leaders have both sent a request to Mission Health officials asking for an opportunity to discuss the closing of Angel Medical Center’s Labor and Delivery Unit, and according Karen S. Gorby, president and Chief Nursing Officer, Angel Medical Center, that meeting may be possible.

“We have responded to the mayor’s recent request for a meeting both in writing and via a telephone conversation,” said Gorby. “Mission has committed to continuing to address questions/concerns and provide information that shows the deep analysis and review that led to the very difficult but necessary decision to close labor and delivery services.”

Recent meetings of the Franklin Town Council and the Macon County Board of Commissioners were inundated with calls from members of the community pleading with local leaders to do something, anything, to prevent Mission Health from ending labor and delivery services at AMC. The Macon County Board of Commissioners agreed that the issue at AMC stands as the largest issue they have faced as county leaders and they have been received more phone calls and texts about the change than any other event or issue.

“I have received no fewer than 100 phone calls, emails, and people coming by my work, from people concerned about this issue,” said Commission Chair Jim Tate. “I can assure you that I am just as concerned as are the people sitting around this table, about this change and how it’s going it impact our county.”

Macon County Commission Vice-Chair Ronnie Beale added that he has been in contact with Senator Richard Burr as well as Congressman Mark Meadows about the issue and its impact on Macon County and the possibility for federal funding that could reverse the situation.

“We have been in communication with Mission to ask them for a sit down. Sixty days, [the amount of notice Mission gave of AMC’s closing] I give people 60 days to move out of a storage unit,” said Beale. “We are missing something. It will have such a huge impact on this community and there are several unanswered questions. What about the new hospital, what happens to the old hospital that this community has been invested in… I have been a commissioner for 13 years and I don’t think I have seen anything that would impact our community like this has.”

The federal dollars that Beale mentioned is being proposed to be given to rural counties in states that elected not to expand medicaid, which includes North Carolina. With the announcement that AMC would no longer be delivering babies, Mission Health CEO Dr. Ron Paulus said that the lack of the expansion has placed a considerable cost burden on the entire Mission Health System.

“While Angel Medical Center is a Critical Access Hospital, Center for Medicare and Medicaid Services (“CMS”) guidelines allow only costs directly related to the care of Medicare/Medicaid patients are eligible for cost-based reimbursement,” said Gorby. “This excludes many very real costs such as recruitment and uncollectible accounts. Most important, many costs related to physician compensation and outpatient clinics are not included in the critical access hospital reimbursement model. The latter point is very significant for labor and delivery services, because it is the very large practice losses that drive the overall program losses for labor and delivery. In fiscal year 2016, the combined clinic loss for the Women’s and Pediatric practices related to Angel Medical Center’s decision exceeded $2 million because provider compensation expenses are not allowable within the cost-based reimbursement model. The Women’s and Pediatric service line had a total of 11 providers as of the beginning of April 2017. Subsidized Medicare/Medicaid care, where reimbursement does not cover the actual cost of providing services is a nationwide problem and it is not specific to Mission Health System or Angel Medical Center.”

Beale noted questions surrounding the construction of a new hospital that need  to be answered. One such questions is how that project will be funded by Mission Health at the more than $40 million they have projected. As a Critical Access Hospital, AMC is eligible for USDA Community Facilities Loan and Grant Program, which provides funding to construct, expand, or improve healthcare facilities located in rural areas or a HUD program which helps rural healthcare facilities finance new construction, refinance debt, or purchase new equipment such as hospital beds and office machines, neither of which Gorby said will likely be utilized.

“Although funding sources of the new construction have not been finalized, Mission is trying very hard to avoid taking on additional debt (we currently have approximately $550 million in total debt) so, we do not anticipate pursuing sources like these that would incur immediate debt,” said Gorby. “Of course, we will be pursuing non-debt sources of funding such as grants and philanthropy. Mission is also pursuing potential new market tax credits which may be available to assist in lowering total cost of construction.”