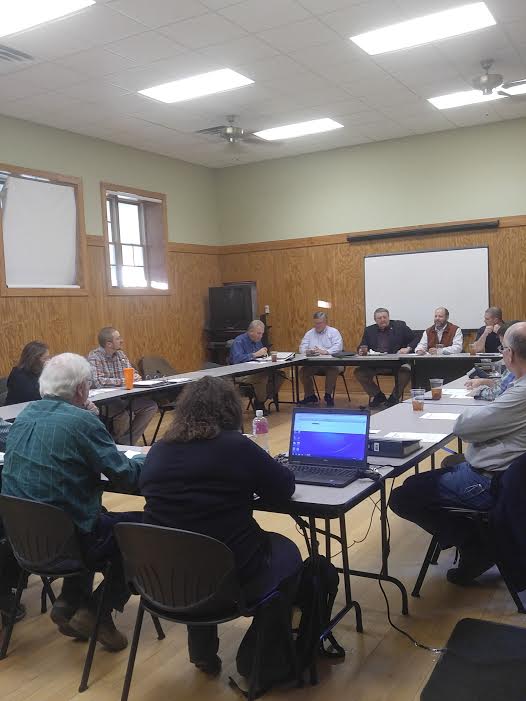 In Spring of 2008, construction was booming in Macon County, and with new construction came the need for grading services around the county. The work was being done quickly, and the county found itself facing a dilemma in ensuring land preservation while managing the growth. In March of 2008, to address the issue, the Macon County Planning Department enacted the grading license program, which was aimed at regulating the industry enough to preserve Macon County’s natural assets.

“The program was an attempt to stop the practice of persons with inadequate ability and knowledge about grading and sedimentation and erosion control law from performing sub quality work for consumers and leaving the consumers with a considerable and costly problem,” said Macon County Planning Director Jack Morgan. “This was also to give something ‘back’ to grading contractors. In the first county ordinance, There was an ‘Approved Contractor’ clause that allowed an approved contractor to perform land-disturbing activity for up to an acre without submitting a plan to our office. That was taken out when the ordinance was modified and the Macon Grading License was to replace the older ‘Approved Contractor’ program.”

At the request of Macon County Commissioner Paul Higdon, commissioners voted to temporarily suspend the program last week, and send the directive to the planning board to review the necessity of the program. Higdon said he has spoke to a couple of grading contractors who feel the program doesn’t serve a purpose and instead places an unneeded burden on the industry. Higdon believes that the program was never properly implemented and failed to serve a purpose in 2008, and since construction is still recovering, serves even less of a purpose now.

During a joint meeting with the Macon County Planning Board on Thursday afternoon, commissioners informed the board that the grading program was temporarily suspended and members of the planning board were to review the program and decide on its future. The planning board serves as an advisory board to commissioners, who ultimately have the final say in officially changing the existing ordinance.

Under the county’s grading license program, applicants are required to pass an open book test, and pay a small fee. No training is provided by Macon County, but by passing the test applicants provide evidence that they have a basic knowledge of grading practices and the laws and practices of the  North Carolina and Macon County Sedimentation and Erosion Control programs.

Commissioner Ronnie Beale noted that the original ordinance was intended to prevent just anybody from going out and renting the necessary equipment and start tearing up the land, which he believes was a successful objective in 2008.

Macon County issued 84 grading licenses in 2016. The license cost $50 for the test, and requires $25 a year to renew. If someone was identified as completing grading work without the proper license, a $500 fee was applicable, however, Morgan said as far as he knows, no such penalty has ever been issued, rather individuals were given a warning and given the chance to get the license.

Higdon noted that the lack of a penalty to those he knows have operated without the license is an example of it not serving a purpose.

Morgan, however, believes the grading license program is effective and benefits the county.

“Yes, I do,” Morgan said when asked if he believes the program serves a purpose. “It allows grading of up to an acre, without an expensive engineered plan, be conducted by someone licensed by Macon County. And I think it deters a person from portray themselves as a grading contractor, when they actually are not, and thereby costing unsuspecting consumers monies to ‘clean up the mess’ they may leave behind, as well as irreversible sedimentation and erosion control damage caused by someone that is not knowledgeable of required prevention measures. Our office cannot recommend a grader to a consumer, but we can provide them a list of licensed grading contractors for them to choose from. This program helps us to provide a registry of such graders for this purpose.”

U.S. Forest Service: No end in sight for wildfires burning in...