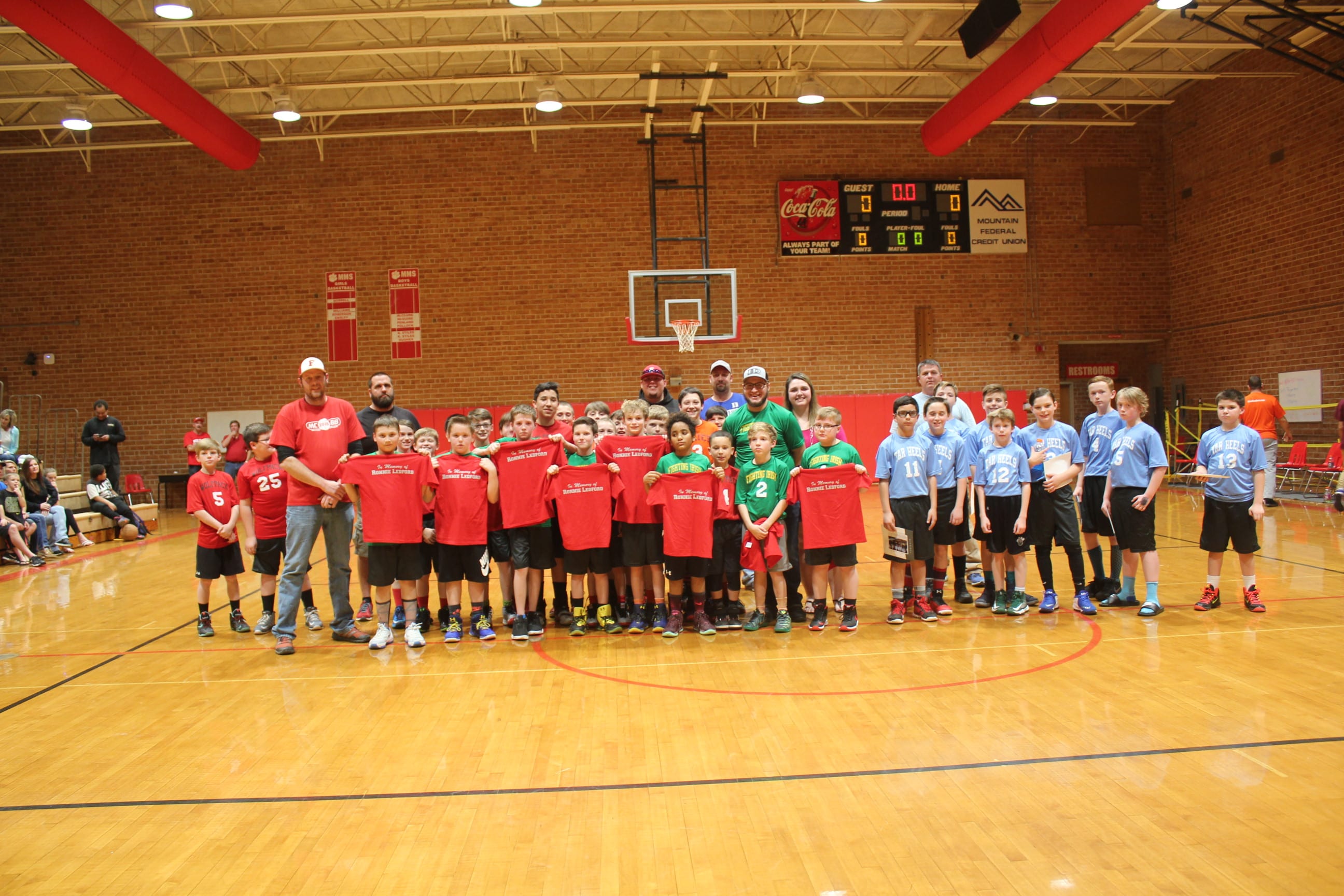 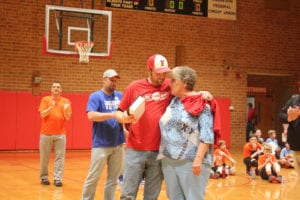 For decades, Macon County Community League basketball (MCBB) has been providing children with the opportunity to play basketball during the fall and winter months. This year, 550 kids have participated in either the boys or girls basketball league in Macon County. There are five different leagues for children beginning with the development league for 6- and 7-year-olds all the way to the Varsity League which is for 15- to 19-year-olds.

On Friday night, between games in the first round of the Junior League Championship playoff

games, board members with Macon County Community Basketball recognized individuals who have gone above and beyond to helping make sure children in Macon County are able to play sports. Matt Mason first recognized Laura Green who serves as the head scorekeeper for all of the county baseball, softball, and boys and girls basketball games. Green has been score keeping games in Macon County for more than 30 years.

“I can remember her doing it when I was nine years old, said Mason. “Laura loves children and has been dedicated to our youth for a long time and MCBB thought it was important to recognize her.” 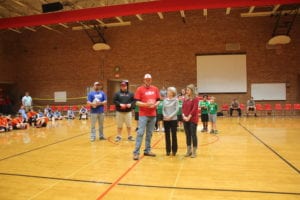 On behalf of MCBB, Mason also presented Susie Ledford with a plaque honoring her late husband, Ronnie. Ronnie was a PE teacher at Franklin High School and Macon Middle School and was active in youth sports in Macon County for his entire life.

“Ronnie attended Franklin High School where he was a basketball star and legend, still holding the record for the most points scored in a single game,” said Mason. “He continued his basketball career at Piedmont College and began his coaching career at Franklin High School in 1972. Known as ‘Coach Ledford’ he taught young people the skills, and importance of sportsmanship and character in the game of basketball.”

After Ronnie passed away last September, the Ledford family set up a scholarship fund to help children in need in the community to honor his memory.  The Ronnie Ledford Memorial 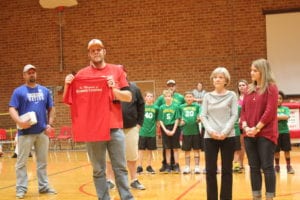 Scholarship will help less fortunate youth in the community with costs associated with basketball. Whether it be registration fees, new shoes, or whatever else may be needed, the Ledford family wanted to honor Ronnie’s memory in a way they knew would make him proud. The fund is set up at Entegra Bank and donations can be made to the scholarship fund at any Entegra Bank location.

The scholarship fund was created in October 2016, and in its first year was able to provide 15-20 boys and girl with either a scholarship or shoes for this year’s season. Each player in the MCBB league this season was gifted with a special shirt in honor of the inaugural year of the scholarship and as a way to further honor Ronnie’s memory. 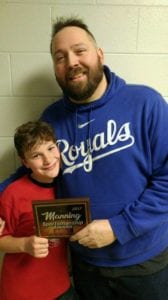 On Monday night, MCBB recognized MCBB Coach Brent Hyatt with the Jeremiah Manning Sportsmanship award. The Jeremiah Manning sportsmanship award is given to an individual every year that goes above and beyond their duties as a coach. The recipient excels in helping mold the youth of Macon County into future respectful athletes and citizens. Hyatt was chosen for the award for his dedication to the youth, willingness to promote a clean, friendly, and fun environment for not only his players but players throughout the league. Hyatt treats every kid in the league like they are his own. He doesn’t just teach these kids the game of basketball but he teaches them some very valuable life lessons. All coaches are expected to have a positive attitude, Hyattt does this willingly with a smile on his face. Although many coaches could have received this award the MCBB board members voted that  Hyatt deserved it this year.

Hyatt had had a stroke and heart attack and was hospital bound for a couple of weeks. He was fighting so hard to get better for himself, his family, and (his team). He said to the board, “I am going to get better and get better quickly because I have to make it back to see my boys play.” 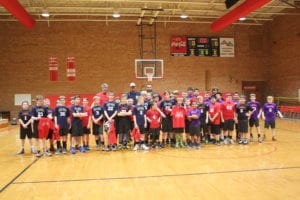 Downtown merchants ramp up efforts to welcome back visitors