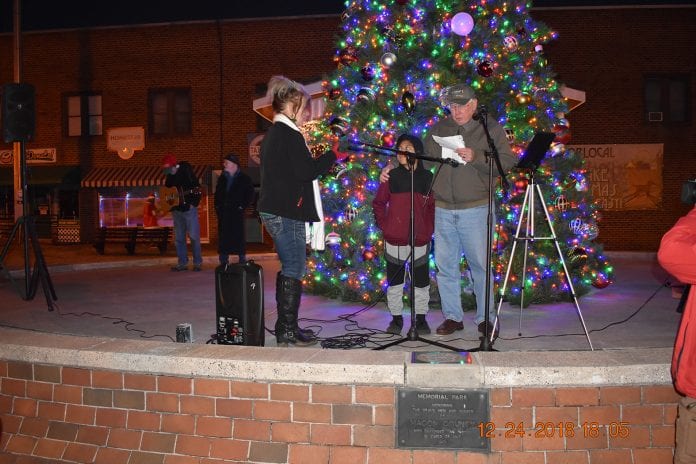 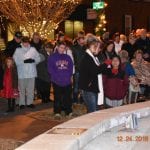 The very heartfelt wish of 10-year-old Daniel Candelario came true on Christmas Eve. After watching the “Grinch” movie, Daniel, who is deaf, wished that the Town of Franklin would come together and sing on Christmas Eve just like the Whos in Whoville did. Thanks to the help of his interpreter, Carolanne Elliot, close to 200 residents of the town of Franklin showed up at the town square to fulfill Daniel’ s wish. One family, visiting from Chattanooga, Tenn., also heard about the event and decided to participate.

Although Daniel could not hear the music, he could feel the vibrations and he watched in awe, as the townspeople sang and smiled. Dave Stewart, a local musician, led the chorus with a prayer and several carols, while playing the guitar. Stewart even played the song that the Whos sang in the movie, called “Fah Who Foraze , Dah Who Doraze” and asked everyone to hold hands. The town folks obliged and Daniel was overcome with happiness.

Mayor Bob Scott was so impressed by the turnout that he is thinking about making it an annual event. There was even a Grinch, played by Maddi Hatch, who went around stealing ornaments off the Christmas tree, but it was all in the spirit of the movie, and the Grinch was a welcome addition to the crowd.

When a child can have such an impact on so many it is truly a blessing. Elliot said that Daniel never imagined his dream coming true to such an extent, but thanks to social media the word spread quickly and Daniel’s wish was granted.

To Daniel Christmas isn’t about presents, rather it is a time for people to come together and be happy, if only for one day. The heart of the Grinch grew three sizes on Christmas but Daniel’s heart has always been that big.

Daniel did receive another gift for Christmas that was on his list. He got a Christmas Tree and he and Carolanne decorated it together. Although he had wanted an X box also, he did not get it. But in the true spirit of Daniel, patience is a virtue, he says that maybe he will get it for his birthday.