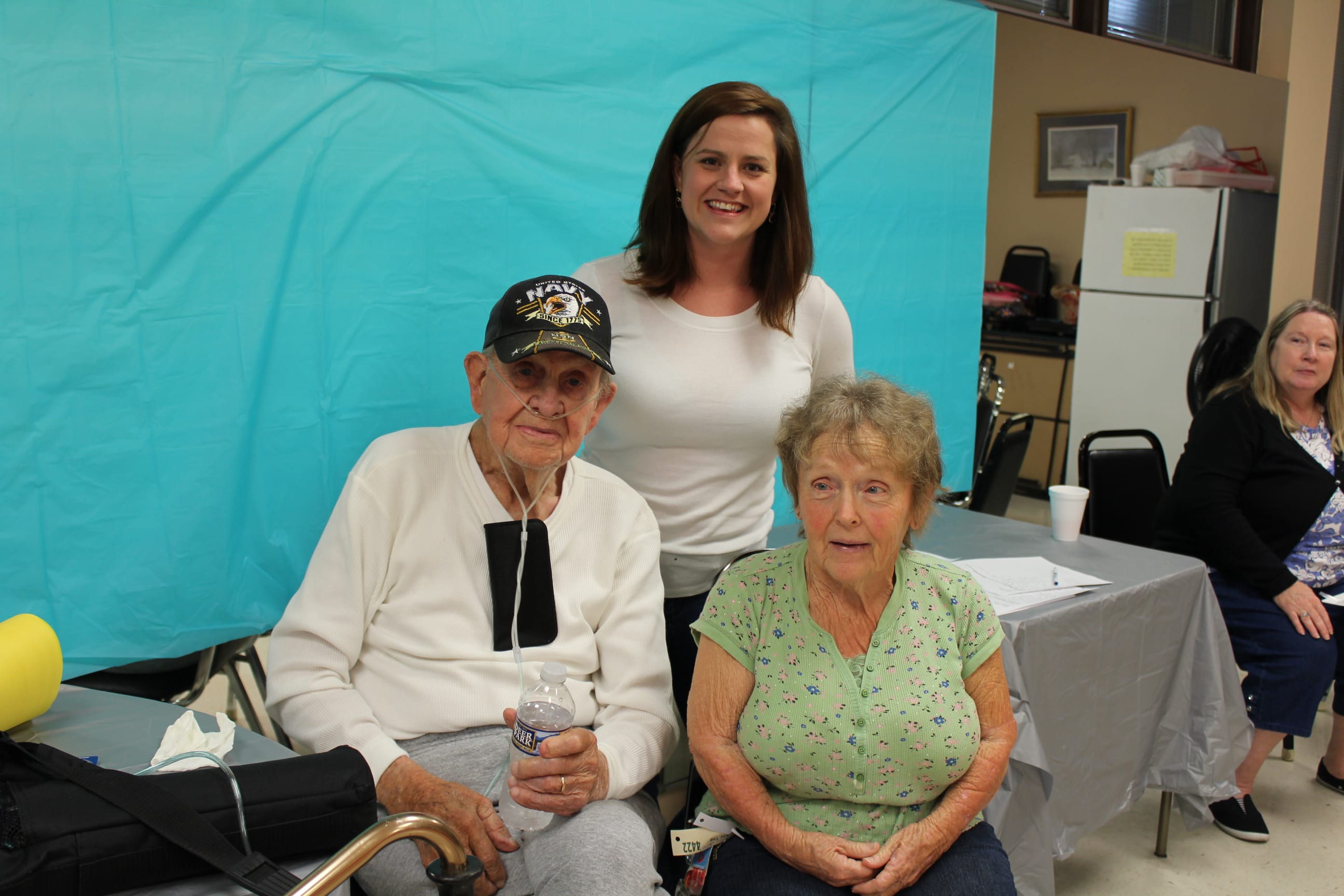 Tuesday morning, Nancy Bolding called the Macon County News office wanting to do something special for her husband’s 94th birthday. Garland Bolding, who is known by his friends and family as pop, turned 94 on Wednesday. He enlisted in the United States Navy in 1941 and served the country for six years. Garland was discharged from the Navy in 1947 and while he was born in Pickens, South Carolina, Garland moved to Macon County in the late 70s. He worked in construction right up until retirement.

Garland served on four different ships while in the Navy and was in Europe on D-Day and was part of the thousands of ships that stormed the canals. After being discharged from the military, Garland lived a life of service for his community.  From growing fruits and vegetables to donate to the community to collecting clothes for people in need, Garland and his wife Nancy loved their Otto Community and has spent their years taking care of their neighbors.

So when Nancy wanted a little help celebrating Garland’s 94th birthday, I knew the community they had spent a lifetime taking care of, wouldn’t hesitate to take care of them. All I did was post on Facebook a little after 10 a.m. on Tuesday, and within minutes, individuals, businesses, and organizations were messaging me offering to make a cake, put together some finger foods, buy decorations, and by noon, we had an entire 94th birthday party planned and a growing guest list.

“This is the biggest, best birthday party that he has ever had,” Nancy said with tears in her eyes. “We can’t thank you all enough for what you have done for us.”

Teachers got their students to make birthday cards and banners. The Smoky Mountain Quilters Guild gifted him with a Quilt of Valor. Sheriff Robert Holland and his deputies stopped by. Firefighters and EMS workers took time to visit. Town and County officials sent gifts. Nationwide and members of the community made mountains of food. Ace Hardware replaced Garland’s lost Case pocket knife with a brand new one, and one that Garland said was better than the one he had kept in his pocket for 30 years. Huddle House, the Bolding’s favorite restaurant, donated a food tray and gifted the family with two meals a month for a year. One Facebook post brought an entire community together to say thank you to a veteran they had never met and made sure that 94 was the best birthday yet. Where else on earth would that happen? Just another example of how Macon County is the greatest place to live and there isn’t another town as loving and supportive or people more compassionate and kind anywhere.

“I just want to thank everyone for what they did for me,” said Garland. “This has just been a really great day. I don’t know what I did to deserve all this but it just means the world to me that all of these people thought something of me to be here today.”