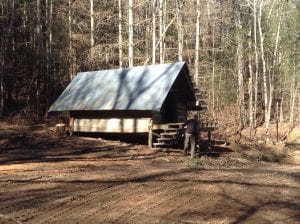 The Lumpkin Adventure Base will be hosting an Open House on April 30, 2016, from 1 to 3 p.m. to show the community ally he improvements and upgrades that have been made to this hidden gem.

In 1937, the Lumpkin family set aside property in the Wayah Bald area of Macon County to be held in trust for the permanent benefit of Scouting. In 1957, Mrs. Lumpkin sold that property and purchased the tract of land that is located in the Tessentee Valley.

For many years, the property was only used by a few local troops of Boy Scouts and Girl Scouts. In the fall of 1974, the North Carolina Outward Bound School arranged to lease what was then called Green Cove, from the trustees that oversaw the will of Mrs. Lumpkin. Two of the trustees, Lloyd Swift, and Bennie McGlammery were instrumental in designing and coordinating the new agreement.

NCOBS built all of the structures and conducted programs out of Green Cove for the next 30 years. In 2005, due to low enrollment, NCOBS no longer needed the property, so all of the buildings were boarded up.

In the years following the camp was left unused, to set and fade. The property was heavily vandalized, and overgrown. In the fall of 2013 Mike Fischesser, past NCOBS program 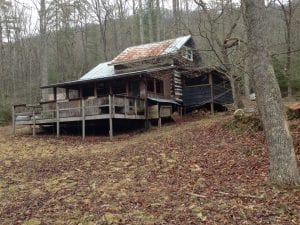 director and part of the original Pioneers that built Green Cove came to visit the old camp, and was distraught at what he discovered. He called upon the Daniel Boone Council leadership to re-visit the possibility of it being used by the Scouts of Western North Carolina, as the Lumpkin family had wished. Fischesser orchestrated a massive effort to restore the Cove, with many of the original Outward Bound staff , who built the camp in 1975. They traveled from all over the country to roll up their sleeves and go to work again.

Since the fall of 2013 the Daniel Boone Council volunteers, and the Lumpkin Trust Board of Directors have worked together to bring the camp back to life. We are excited to have several partners in this project including The Glass Foundation, The Quigley Family Foundation, Bob and Gwen Litten, NC Outward Bound Alumni, Highlands Doors and Windows, and the Service Engineering Company.

There is much yet to be completed, as the damage inflicted on the camp by vandals was extensive. The camp provides a great opportunity for the Macon County community at large to bind together in a common project that will be of benefit to a wide array of users in the end.

To show the progress on the camp since restoration and cleanup were first launched, a cook out and camp tour is scheduled for Saturday. The Lumpkin Adventure Base is more than just a camp for local scouts, but a community resource for all of Western North Carolina. 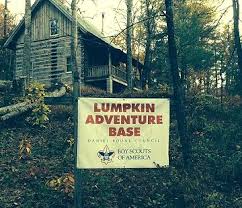 Boone Council, B.S.A. The camp is available as a community resource for youth groups and civic groups to use. You and your leadership team are invited to come and see what facilities the camp has, what the future plans for the camp are and how your group can use, and help the camp grow. The camp is located at 566 Nichols Branch Road, Franklin. Go south from Franklin to Otto, turn left at Otto Post Office on Tessentee Road. Stay on Tessentee for about six miles and then follow the signs.

If you cannot attend on April 30th but would still like more information about Lumpkin Adventure Base please contact Dan Rogers. RSVP at www.lumpkinadventurebase.org Email: Dan.Rogers@scouting.org Call (828) 254-6189

Tate re-elected to Board of Commissioners

Numbers are in: Impact of eclipse creates record revenue