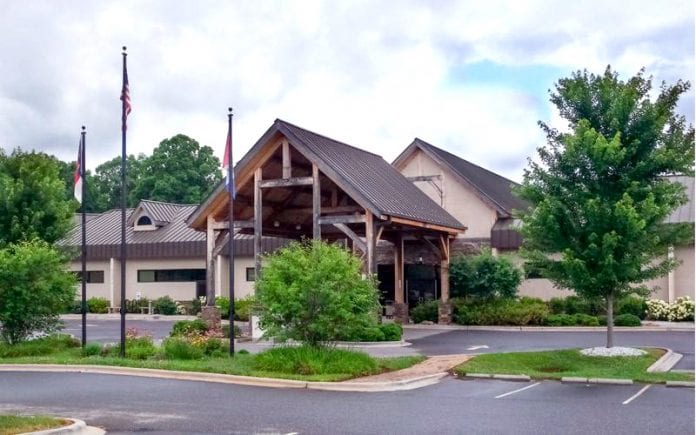 “In the five years I have been on the board, no one from the public has shown up,” stated Bill Dyar, chairman of the Macon County Public Library Board of Trustees at its June 7 meeting. Yet, at least 20 local citizens attended the 4 p.m. meeting to express concerns over displays and books in the children’s and teen’s areas.

Attendee Warren Bergstresser pointed out, “The public library should be a neutral place for everyone.” However, attendees like Leah Gaston, who told the board she had been bringing her children to the library for eight years, were concerned about displays in the library’s teen book section as well as children and teen books that promoted graphic sexual content.

“I do not give the library permission to introduce, display, promote, or celebrate topics of sexuality of any sort with my child,” expressed Gaston to the board. “Most members of society tend to have a blind ‘trust’ in the library to be a safe place for children and teens. Obviously, that is not true with books such as these being celebrated and displayed.”

She added, “I am not for censorship of books because in an open and free society adults should be able to discuss any and all ideas without fear.” She and her husband, Jim, also in attendance, insisted that “open promotion and glorification of sexual activity” through displays as well as unrestricted access to books with sexually explicit content for children under 16 is what troubled them both.

One mother of biological, adopted, and foster children noted that she expected the library to “always be a safe place to bring children, especially those who have been in the system and exposed to confusion, trauma, abuse … and not worry about what they will be exposed to.”

Rebecca Tipton asked County Librarian Karen Wallace questions in front of the board: “Are books reviewed? Do you determine if they are appropriate for minors?”

Wallace responded that the library’s Collection Development Policy “uses reviews to determine if we will acquire materials.”

The library’s Collection Development Policy, available for the public to read online, provides a list of multiple criteria for choosing books, including, “Appropriateness for intended audience” and “Style of expression – appropriate to the content and to the intended audience.”

Leah Gaston read short sexually explicit excerpts from three books promoted in the library’s teen section, and she proposed that the board “implement a new library policy which will ‘flag’ said books as containing content which parents may deem inappropriate for minors … minors should have a parent’s permission to check out materials with graphic and objectionable elements.”

She added, “What I’m proposing is nothing new. The movie rating system and having parental permission for minors to attend certain movies has been a standard for a long time.”

Anita Fernandez, a resident of Macon County for eight years, said to the board, “Please understand what you are doing. Think about the narrative you are establishing at this library. It is not up to a library to expose children to information about sex, that is the job of parents and guardians.”

“We appreciate the library,” said Jim Gaston, “but displays and books with controversial, disturbing content, will have huge, negative consequences for kids.”

Gaston as well as Katherine Crawford-Smith, who has three young children and “one on the way,” pointed out that the meeting would have been “standing room only of concerned citizens,” said Gaston, if more people knew about the library board meeting and if it had not been scheduled during normal work hours. “A lot of moms I know, who care deeply about this issue, would have been here,” said Crawford-Smith.

One person at the meeting supported the library’s decision to promote the displays and books to which other attendees objected.

Board chairman Dyar wrapped up the meeting.

“I want us to have clarity as we move forward,” he stated.

He summarized concerns and requests as:

1) Thorough review of all books with sexual topics for children and teens;

2) No promotion and display of sexually focused topics;

3) Restriction of access to sexually explicit materials for children and teenagers under the age of 16; and,

4) Warnings on, or a rating system – in an obvious place – for children and teen books that include sexually explicit content.

Dyar told those in attendance, “I promise we [the board] will deliberate over this as expeditiously as possible.”

On the www.fontanalib.org site are, “Procedures for Weeding [library materials]” and anyone objecting to specific library resources can fill out a Request for Reconsideration of Library Resources Form.

Pedestrians implored to wear reflective clothing after dark; walk on...