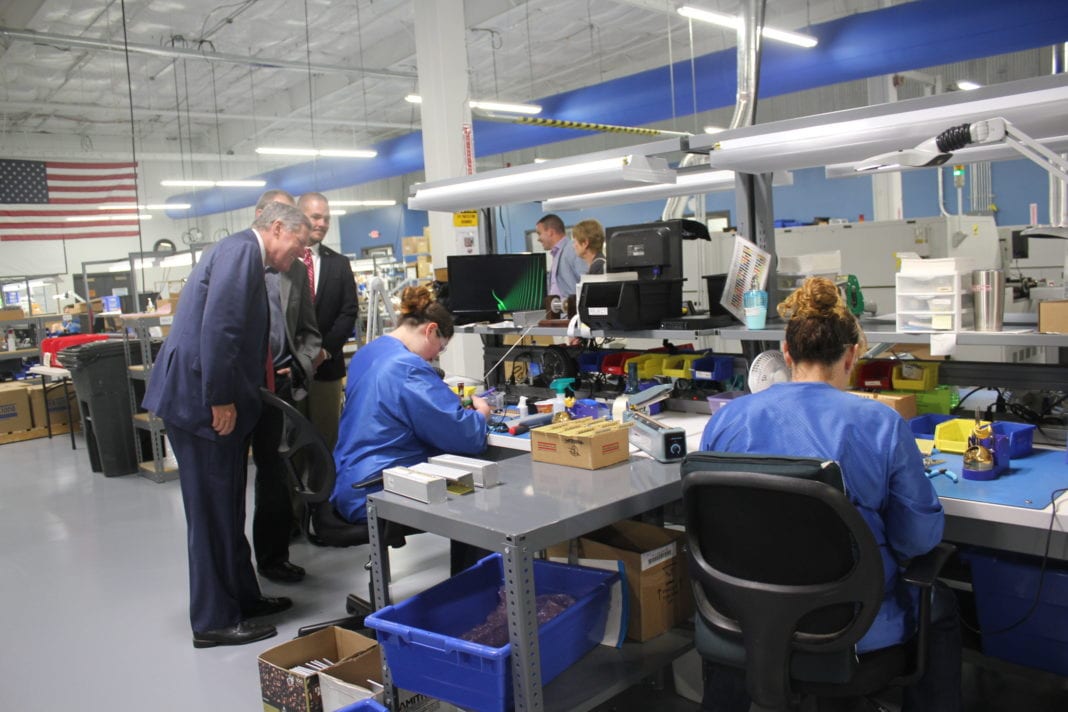 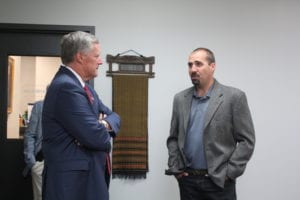 Manufacturers contributed $2.18 trillion to the U.S. economy in 2016 and tor every $1 spent in manufacturing, another $1.81 is added to the economy.

The vast majority of manufacturing firms in the United States are quite small. In 2014, there were 251,901 firms in the manufacturing sector, with all but 3,749 firms considered to be small (i.e., having fewer than 500 employees). In fact, three-quarters of these firms have fewer than 20 employees. One of those “small firms” is having a big impact here in Macon County and Congressman Mark Meadows had a chance to experience their impact first hand last week while spending time in the district. 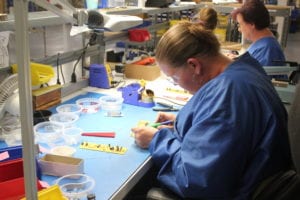 Mira-Knippel to tour the manufacturing facility at the Macon County Industrial Park. The majority of everything TekTone does or the parts they use to build their product are all Made in the USA, something Congressman Meadows sees as having a substantial impact for the county and the country as a whole.

“Their impact is critical—companies like TekTone that make such an assertive effort to do business within the United States play a major role in boosting our economy and creating job opportunities,” said Rep. Meadows. “They’re one of several companies in Western North Carolina that have been at the forefront of that effort.” 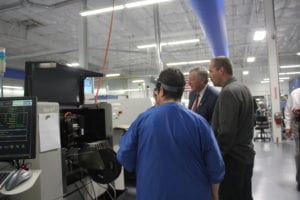 TekTone designs and manufactures wired and wireless nurse call, apartment entry, area of rescue assistance, alert integration and resident wandering systems. TekTone’s mission stems from the belief that they are part of the community and that it is their responsibility to help drive economic prosperity for their employees and Macon County as a whole.

“We take tremendous pride in making our equipment here and have challenged our staff to continue to improve in efficiency and quality so that we can continue making our products domestically while remaining competitive,” said Brad Hyder, Director of Communications for TekTone. “Our employees have accepted that challenge and we are investing heavily in equipment and automation to ensure they are successful.  We know that when we make our products in the U.S., they are made with pride and attention to detail, which means our customers, as well as our families that use our products in healthcare facilities are going to get a product they can count on for years into the future. “ 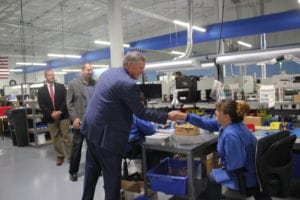 throughout Western North Carolina and getting a firsthand look at the growth of businesses in our district,” said Rep. Meadows. “Hearing stories from business owners and employees about successes, perseverance through struggles, and opportunities for expansion along the way. Looking at TekTone—a company that started out in 1973 with four employees, and now has grown all the way to 85 employees with a new 72,262-square-foot facility—they’re a prime example of the type of success story you love to see in our district.”

Mira-Knippel gave Rep. Meadows, county commissioners Gary Shields and Ronnie Beale, and county manager Derek Roland a tour of their new facility, that was made possible with the help of commissioners.

TekTone received two different grants to help with the development of their new building. The first grant was awarded with a stipulation of creating 15 jobs over a two-year period and the second required 35 jobs over a five-year period.  “In less than 12 months since the grants were awarded, we have added a net 10 new employees in Franklin with an average wage of $42,258,” said Hyder. “In addition, we still have open positions available.” 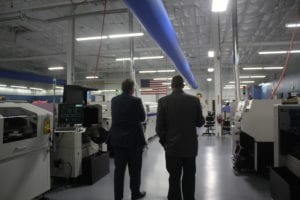 TekTone currently employs 82 people in Franklin and 85 people overall including regional sales staff. Meadows said that economic incentives and public/private partnerships are an integral part of ensuring the success of growing industries.

“I think at the local level, any time we can create an atmosphere that allows businesses to thrive with the public and private sector working in conjunction, that’s a recipe for success,” said Meadows. “TekTone’s new facility, getting all their operations under one roof in Franklin, will be a major boost not only for their business but for Western North Carolina’s.”

Mira-Knippel said that Meadows’ visit was an opportunity to put on display the hard work and accomplishment of the family-owned business.

“We were very excited to host Congressman Meadows and show him the work that is happening in his district,” said Mira-Knippel. “We are very proud to be an American manufacturer and we know that is something that gives him great pride as well. Our employees were excited to have him here and we hope that he will come and visit again soon to see the continued growth and improvements we are making.”

TekTone’s move to Franklin was a chance encounter, and came to fruition in the late 1980s when the Mira family vacationed in Macon County. In 1988, TekTone, headquartered in Palm Beach County, Florida, was beginning to outgrow its facilities. While visiting Macon County, the family learned about the Macon County Incubator Facility, now known as the Business Development Center. Beale said at the time that the county didn’t quite understand what TekTone was, but said if they agreed to bring four jobs to Macon County, they could operate out of the incubator facility in exchange for a reduced rent. The business made the move the following year to Macon County looking for a second production facility, but eventually decided to move all operations to Macon County. The company has since grown to more than 80 employees and has become a well known name in their industry. TekTone healthcare communications systems are found in hospitals, retirement communities, skilled nursing, and assisted/independent living facilities around the globe.