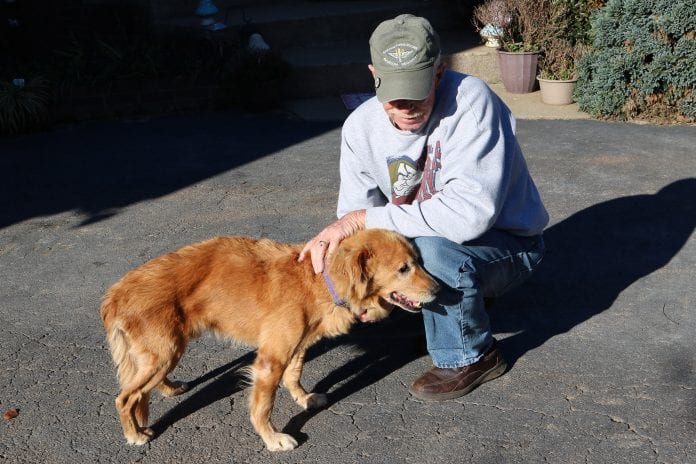 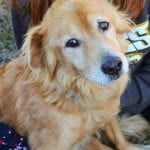 Thanksgiving is typically a season of joy and anticipation, leading up to the actual day of gathering, feasting and sharing thanks for family and friends. However, Jerry Cook and his family thought it would be a time of distress. Here it was a month from Thanksgiving, and they were missing a beloved member – their 15-year old dog, Neo. Through a series of unfortunate events, Neo had ended up more than 500 miles away in an animal shelter near Washington, D.C.

“All I do is yell his name, ‘Neo!’ and slap my leg,” said Cook, a retired Highlands Fire Chief. “He usually stays in the driveway because he has a leg that is kinda messed up. We don’t like for him to go too far, because he may drag it around and get more lesions and abrasions on there. But wherever he is, when he hears the vibrations of my leg, he comes to me; and he has never been late getting his supper.”

Things were a bit different on Saturday, Oct. 20. Cook noticed Neo still in the driveway when he left for the store at 2:30 p.m. However, when he returned around 3:30 p.m., Neo wasn’t there. Cook thought he could be anywhere around the house. Then at 5:30 p.m., Neo’s feeding time, Cook began to miss him and surmised he was not anywhere around close. Later that night, when Neo never came to eat, Cook feared the worse. He began to suspect either something had happened or he had crawled off into the woods because of his age.

Cook, a devoted churchgoer, missed Sunday service and gathered the family to search for Neo. “I thought he’s hurt, maybe he’s down in the woods with those back legs. Maybe he can’t crawl back home – he got just too far down the hill. But my grandchildren and I searched the woods and the entire property. Then we searched down the roads to see if he had been hit by a car or something and was still laying there.”

They continued the search into Monday and were close to giving up. Many scenarios entered Cook’s mind. Had the coyotes gotten him? Had he crawled off to die? By chance, had someone picked him up and taken him to the animal shelter? Holding onto hope that he was still alive somewhere, Cook thought he would soon receive a call because of the identification on Neo’s collar and tag.

Neo’s adoption into the family 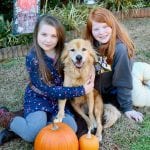 “My daughter, Amberly Downs, got Neo as a pup and despite our resistance, she won out; and he’s been here with my wife, Patricia, and me ever since,” said Cook. “The grandchildren, Cherish, Willow and Ethan (12, 10 and 2 years old, respectively) have grown up with him. I really didn’t want him at the time. When the kids move away, the parents inherit these dogs; that’s the way that goes.”

Cook admitted that with a tinge of guilt. But, that’s also how the other dog, Doozier, came to be a family member. His daughter left Doozier because she saw the close-knit relationship. Now Doozier and Neo have been running mates for 10 years.

By Tuesday the family had not received a call and Cook had pretty much given up hope. Then, his niece who lives down the road, called on Thursday, Oct. 25 and asked, “Is Neo missing?” She had received a text and an email from an animal shelter in Virginia with a picture posted of Neo.

“I said you’ve got to be kidding me, Virginia?” Cook explained in a dumbfounded manner. “Sure enough when we looked at the picture we recognized Neo. I said ‘my goodness how in the world did this dog end up that far away and it’s crippled?’ It couldn’t possibly go anywhere close to that direction. I immediately called the animal shelter in Stafford, Va., just south of Washington to confirm it’s my dog.”

Cook’s head filled with questions about the details surrounding Neo’s foray to Virginia. He was ecstatic at the possibility of Neo’s return, but longing for answers. The animal shelter would not divulge who brought him in unless a crime had been committed. So, Cook filed a criminal report.

“Somebody had to pick him up and a crime’s been committed, because he was stolen. Neo couldn’t have made it at all, let alone in three days. He couldn’t have made it to the end of [our] road. She told them at the animal shelter she thought he had been hit by a car because of the hind legs and kept calling him a puppy. They told the lady, ‘that’s an old dog,’ but she insisted it was a puppy. So out of concern for the ‘puppy,’ she picked it up. Hmm, now, it had been hit by a car and you drive it 10 hours and wait 2 days!”

Cook did receive the name of the lady, but he couldn’t bring himself to talk to her and decided to let the authorities handle it and to focus on reuniting Neo with the family. The evening of the call, he drove several hours of the trip to sleep at his nephew’s house. Friday morning, Oct. 26, he drove to pick up Neo.

“That reunion tickled me to death, because when he saw me, Neo crawled all the way to me and pressed up against my knee and would not leave. They told me the dog don’t walk,’ and I said, ‘well he did when he was in North Carolina. He would drag his leg some, but most of the time he would walk.’ They said, ‘well he hasn’t walked any up here.’ I loaded him up and started back home. It was raining so I had to put some plastic covers over the cage and check on him every few hours to make sure he stayed warm.  When I sat him down on his legs so he could eat, he got up and took off through the rest area checking everything out. We finally arrived home at 11:30 p.m. – longer than the original 10-hour trip. Friday night. I prayed that God would let me know what happened to my dog. I don’t have the full story yet, but I’m pursuing it.”

“Neo seemed ready to give up until he saw me. Now he’s sort of like a Spring chicken out there, he walks pretty good. His tail wags; and I don’t know if it was just out of joy, but he peed all over everybody up there as they were carrying him to me.    He doesn’t bark very much, but he was whining. A lot of my friends said, ‘you mean you went all the way to Virginia to get this old dog that’s probably going to die pretty soon anyway?’ I said, “yeah, but he was family and if he dies, he’s going to die with family.’ Both of my dogs are old and will probably die pretty soon.”

Cook said during his time here, Neo will know that he is family and that he was missed and thinks he picked up on that. The girls were ecstatic and giving him all the love they knew how to give to make him feel comfortable. Neo is sticking closer, dragging his legs trying to stay with Cook’s grandson as he rides his bike. “Neo thinks he’s still going to be protective in spite of his legs. We’re pretty conservative, but Patricia and I were tickled to see him. When it comes to your pets and it comes to your family – those are the ones that matter. I love my dogs. They may not be worth much to anyone else, but they are my dogs. It doesn’t matter that Neo is battered and beat down. He’s family and he’s going to have a little turkey and celebrate Thanksgiving with us.

“I’ve had people say, ‘you’re extremely lucky.’ I don’t believe in luck. I believe in God’s will, and He knew how everyone in my family felt about this dog. They say, ‘That’s one in a million that your niece would be on Facebook and see a picture of the dog and it says it’s picked up on the roads around Franklin, and she recognized your dog.’ Well, when God wants it to happen, it will happen.”

Cook shared what he believes Neo would say and then his own insightful Thanksgiving message: “Neo would say: ‘I’m glad to be back home in these Blue Ridge mountains and to be around people who love me and tell owners to get collars and I.D. tags for pets like me.’ Even if it’s raining outside, I say it’s great to be alive. The good Lord’s given us another day to celebrate with each other. But remember Thanksgiving is every single day.”