When Jim Davis decided to run for the North Carolina Senate 10 years ago, he turned to Macon County native Kevin Corbin to fill his seat on the Macon County Board of Commissioners. Now, after serving five terms in the Senate, Davis plans to retire and has once again reached out to Corbin to take his place.

During a joint press conference Saturday afternoon at the Republican Party Headquarters in Macon County, Davis announced he would be retiring to spend more time with his bride, Judy.

“I am a strong proponent of citizen legislators — those individuals who bring their talent and energy for public good,” said Davis. “I believe they should hold their seats for a limited time so others can then step forward with their unique perspectives and skills. That limited time has come for me. I will not be running for re-election in 2020. I am proud of my record, and now it is time to go home to my wife and family.”

Carla Miller, chair of the Macon County Republican Party gifted Davis with a rocking chair with a plaque noting his accomplishments to help Davis enjoy his retirement.

After announcing he would not seek re-election, Davis immediately offered his endorsement of Rep. Kevin Corbin for NC Senate.

“I am very happy in the House and have already entered leadership in that body,” said Corbin. Corbin represents District 120 which includes Cherokee,  Clay,  Graham, and  Macon counties.

“I was approached by Senate leadership about running and began to have conversations about my potential roles in that chamber. After a few months, they convinced me that it is the right move for both the Caucus and myself. They have promised a ‘lateral’ move so our region does not lose much of the influence earned by Davis’ tenure. I will be in the position to help whoever takes my seat as to continue to advocate for far western N.C. They have convinced me that it is a win-win for my district. It’s not about me at all. If it was, I would stay put in the House.”

In his legislative races, Corbin has consistently been among the highest vote earners in the entire state garnering an average total percentage of over 72% district wide and over 80% in many precincts.

“I have always appreciated the support with which I have been blessed,” said Corbin. “I don’t take that support for granted. My grandchildren are the seventh generation of Corbins to live on the same property in our special neck of the woods. I am proud of my heritage and am working very hard to preserve it as well as make improvements for my district moving forward.”

Corbin said that during his talks with Senate leadership, if elected, they plan to have a “lateral” transition which will allow Corbin to keep the “tenure” status he has earned as a second term member of the House. Corbin is the House Deputy Majority Whip and currently chairs the House Committee on state and local government as well as the Insurance Committee. He hopes that with his experience in the House and the relationships he has built across the state, he will be able to continuing serving Western North Carolina as a Senator.

Dozens of Democrats and Republicans from across Western North Carolina were in attendance on Saturday, offering their support for Corbin and their appreciation of Davis. With more than a year and a half until the election, Davis and Corbin both said they have work to get done in their current roles in the General Assembly and plan to keep their focus on the “now” while looking toward the future. 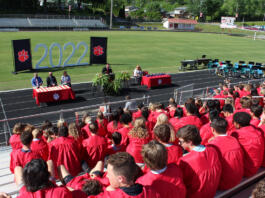 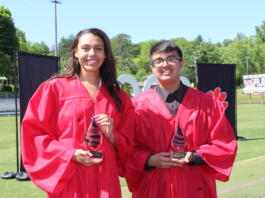 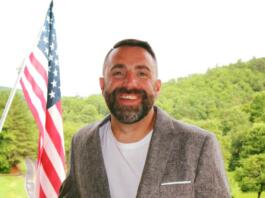