Last July, Mike Coates was walking on Wilkie Street in town when a dog approached him and without warning, bit his leg. Following the dog bite, Coates endured several doctor visits, including a trip to the wound care clinic at Angel Medical Center after the bite became infected.

Franklin Mayor Bob Scott said last week that the incident on Wilkie Street was an isolated incident and was the result of several unfortunate events. According to Scott, the dog was released to its home, but the dog’s owner was in jail at the time, which left the dog unattended and without proper care.

“There was no way of knowing that at the tme,” said Scott.

After the incident on Wilkie Street, the town council directed Attorney John Henning Jr. and Town Manager Summer Woodard to look at possibilities of a leash law within the city limits. As it stands, Franklin has adopted the county’s dog ordinance, which allows the town to utilize Macon County Animal Services. Scott said that Franklin isn’t equipped with a dog catcher or a pound, so they rely on the county’s program when there is an issue within the town of Franklin.

Macon County’s animal ordinance, which the town has adopted, addresses a wide range of issues from animals creating a public nuisance, bites, animals on country property, and animals running at large.

Henning informed members of the town council last week that a leash law for Franklin would be redundant based on the fact that the town has already adopted the county’s ordinance which addresses all the issues and concerns shared by town residents since July. However, Henning did recommend that the town council amend the town’s existing animal ordinance for the sake of clarification.

Council member David Culpepper, who was the lone vote against Henning’s recommendation said he believed amending the ordinance would convolute the process and make it confusing as to who was responsible for enforcing rules, the town or the county.

Despite Henning’ explanation to Culpepper and the rest of the board that leaving “except dogs” in the existing ordinance it would actually mean the county’s ordinance as it relates to dogs would technically be void inside the city limits, Culpepper still ultimately voted against the amendment.

Because the rest of the council voted to approve the amendment, “dogs” was stricken from the town’s ordinance which means that now if any animal, including dogs, are found to be “at large,” the animal owner will not only face penalties outlined in the county ordinance but will also now face civil penalties assessed by the town.

The council also suggested that the ordinance continue to be reviewed to see if a more effective means of addressing the issue should be implemented in the future. 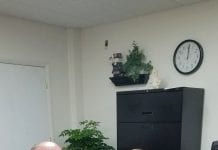 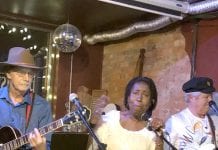