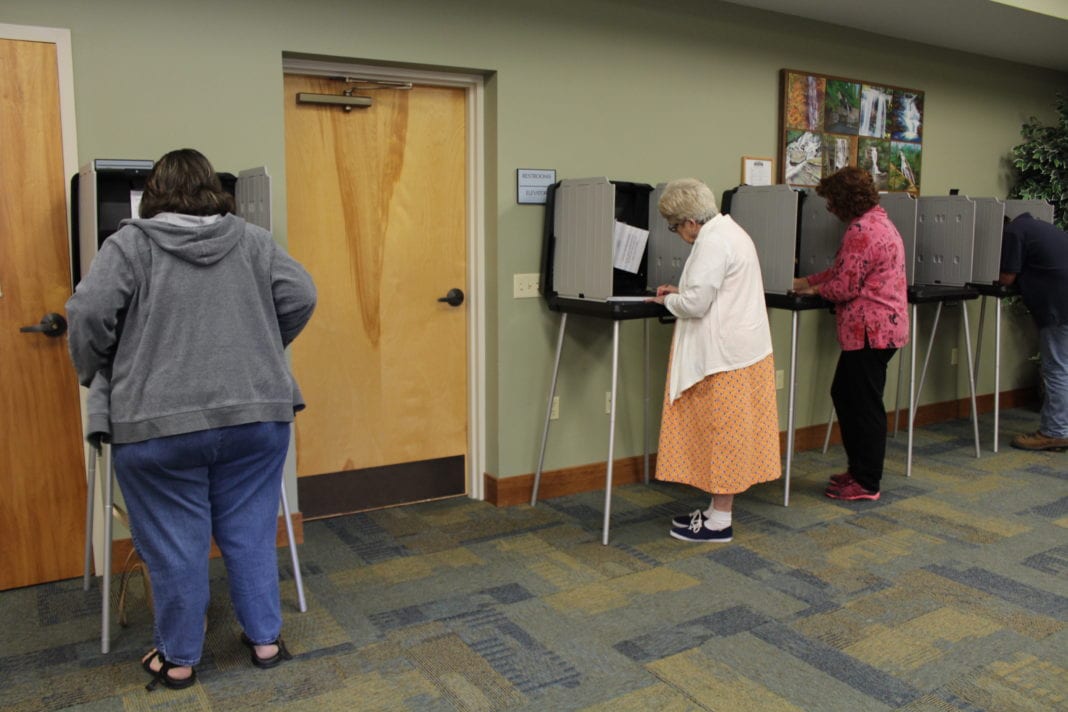 “It went well. It was a lot of work with long hours for our staff and poll workers,” said George. “They had to be retrained, because we trained them for the photo ID law, then had to turn around a retrain them for non-photo ID. We’re really subject to change, we just have to stand ready for the courts and the legislature to instruct us on the way we need to go.”

Compared to 2012, 806 more people voted this November. According to George, the additional voting location at the Highlands Civic Center has helped shorten lines during voting and has helped that community have easier access to the polls. The first few days of voting, George said that they were seeing around 100 voters per hour.

Macon County currently has 25,903 registered voters, the most in the county’s history. George said each election cycle the department is seeing more and more people registering to vote. This year alone, 2,471 people have been registered to vote in Macon County since the first of the year. Unique to this year, George said that this election cycle more than 500 people changed their voter registration and the party for which they were voting.

It took 75 poll workers to handle the crowds in the 15 precincts throughout the county on election day, and 13 poll workers who worked through the one-stop period of voting. In total, there were 180 hours of early voting, which garnered the majority of votes cast in this year’s election.

The Macon County Board of Elections was called to do a recount for the State Auditor race and after eight hours recounting the nearly 18,000 votes cast in the county, one vote changed. The entire process cost the county an additional $900 to complete.

Commissioner Paul Higdon asked George if the board would still like to relocate out of the basement of the courthouse, which is where the board of elections office is currently located. George said that the number one complaint they get is the lack of parking, followed by the courthouse elevator, which is often slow and in use when court is in session. Moving to a new location is ideal for the board of elections and something George said the board would support pursuing further.

Looking to 2017, George said she is still awaiting direction from the state to see how the redistricting will impact Macon County. In November, a federal court ordered North Carolina to redraw House and Senate districts, and to hold special primary and general elections in fall of 2017. The court ruled the districts to be redrawn by March 2017 for the 28 districts that were ruled unconstitutional. The majority of the counties that will be affected are on the east coast, but when you change the districts of one, it shifts another, so as it stands, it’s unclear if the House and Senate Districts representing Macon County will be affected.