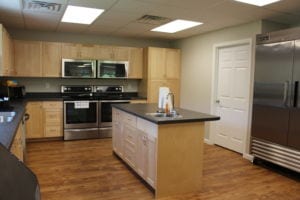 Macon County Commissioners have approved changes to the Cowee Fire District that paved the way for the Cowee Fire Department to open a substation that will lower insurance premiums for residents within the five-mile radius of the new station.

Cowee Fire Chief Dustin Pendergrass said his department covers from the intersection of Hwy. 28 and Sanderstown Road to Swain County, which includes the Cowee Community, the Oak Grove community, the majority of The Tellico community all the way to the Tellico Gap, and a majority of Needmore Road to the county line. The entire district is 50 square miles and serves a population of 3,623 residents. The district includes 1,493 structures, and with the new substation, 74 parcels which includes 39 structures will now have better insurance, or insurance for the first time. 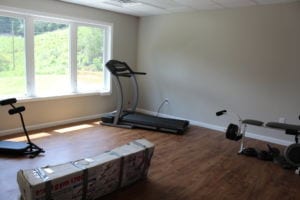 subsequent distance of parcels from the respective main or substation,” said Warren Cabe, Director of Emergency Services for Macon County. “The 74 parcels/39 structures could qualify for lower insurance premiums based on the location of the substation. Substations or satellite stations may also logistically assist the department with timely responses.”

Cowee Fire Department currently has 48 members and over the last year continues to see the demand for their services grow.

“We staff one full-time firefighter Monday through Friday 7 a.m. to 5 p.m.,” said Pendergrass. “This is an increase from previous years. The schedule used to be 8 a.m. to 5 p.m. We have steadily seen an increase in our call volume between 7 and 8. For the 2017-18 budget, we increased the work week from 40 hours to 45 hours. Three years ago we implemented a part-time firefighter program, where we would staff one additional firefighter, three days a week. This year we increased our part-time program to allow for one additional firefighter five days a week. We currently have six part-time firefighters. The paid staff rotates between all three stations. These increases are funded from our contingency line item.”

The new substation is located off of Mason Branch Road and will make the third station in the district. Cowee’s main station is stocked with one engine, one tanker, one medical truck, one service truck, one wildland truck and a Polaris Rescue UTV. 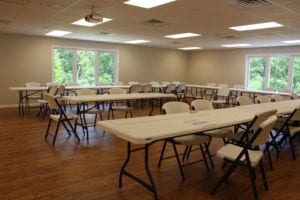 Station II, located on Oak Grove, has one engine, one tanker, and one Medical/wildland truck.

The new station is located on Mason Branch and will have one engine, one backup engine, one tanker, one medical truck, a command vehicle, and a swiftwater rescue unit.

According to Pendergrass, the eventual plan for the substation on Mason Branch would be for it to become the main station, and the current main station to become a substation.

“Our current main station has an excellent community center upstairs that doubles as a training room for the fire department,” said Pendergrass. “Downstairs in the truck bays, there is one small 10’x14′ office space that is shared by eight officers, the paid staff, the secretary, the treasurer, and the training officer. We have simply outgrown this space, and after 26 years it was time for improvements. The new station has added multiple office spaces, a large training room, a kitchen, and a fitness room equipped with donated exercise equipment. All of the appliances in the new station were purchased by donated funds. Last year we raised approximately $17,000 in donations. The FHS Carpentry classes custom-built six desks for us and we made a donation to support their program.”

Pendergrass believes the new station will decrease response times and will be able to better serve the residents of the Cowee Fire District.
“The new station has many benefits that include the fact that many of our members have to respond from town during the week,” said Pendergrass. “This station shaves close to 10 minutes off our response times. After normal business hours we have already seen an average of 6 to 8 minutes saved during our responses, and when responding automatic aide to our neighboring districts we’ve seen 10 minutes shaved off our response time. During emergencies time is very crucial. So strategically, all three stations are located in the best places possible.”

Pendergrass noted that Cowee’s third substation was designed and built for now and for the future.
“Through our thought and planning process it was determined that was our best option, plan for the future not for yesterday,” said Pendergrass. “This was accomplished through our current budget, and a tax increase was not needed. We were able to complete 100 percent of the project for the loan amount of $800,000. We discussed the option of completing the truck bay area first and the rest five to 10 years from now. But the question was posed: What will construction costs be like in the future? I can’t say for sure, but I highly doubt construction costs will decrease. So ultimately the most logical option was chosen, which was to fully complete the building, and now we’ll transition it into our main station as time and budget allows. Bill Barrington and his staff at Barrington Contracting did an outstanding job building a station that fits perfectly in the Cowee Community.”

Cowee received their Certificate of Occupancy on July 7, and by that evening, the necessary apparatus was put in place, running the first call out of the station that night.
“The following week our Emergency Management Office conducted a 9S Inspection, which we successfully passed,” said Pendergrass. “Then at the regularly scheduled August meeting of the county commissioners, our new map was approved. Now we are working towards our ISO inspection that is planned for sometime in the near future. We have maintained a Class 7 rating since 2004, and we hope to lower it to at least a Class 6. Our citizens deserve the very best and that’s what we strive for.”

Pendergrass noted that the new station is a community effort and something that has been in the works for years.
“None of this would be possible without the hard work and dedication of our firefighters, and our Auxiliary Unit. We’re a very large family,” he said. “We also have great support from the Cowee Community Development Organization. We began discussing the new station with them in 2012, and then in 2014, once our station plans were complete, we presented the plans to the organization for input. They have been in the loop since the beginning. I encourage anyone living in the Cowee and Oak Grove communities to attend the monthly community meetings.”

While the Cowee substation is up and running, Cabe informed commissioners last week that the Burningtown substation is still having some difficulties getting online.

“One item that is required by the NC OSFM and subsequently Macon County, is to be recognized as an official ‘substation’ per OSFM definition which is the inclusion of 28 members on the roster,” said Cabe, “twenty for main, eight for each additional substation. We were not able to verify the 28 people necessary for Burningtown by the time of the last meeting so we postponed approval of their substation by the board of commissioners to allow us a little more time to complete that verification.”