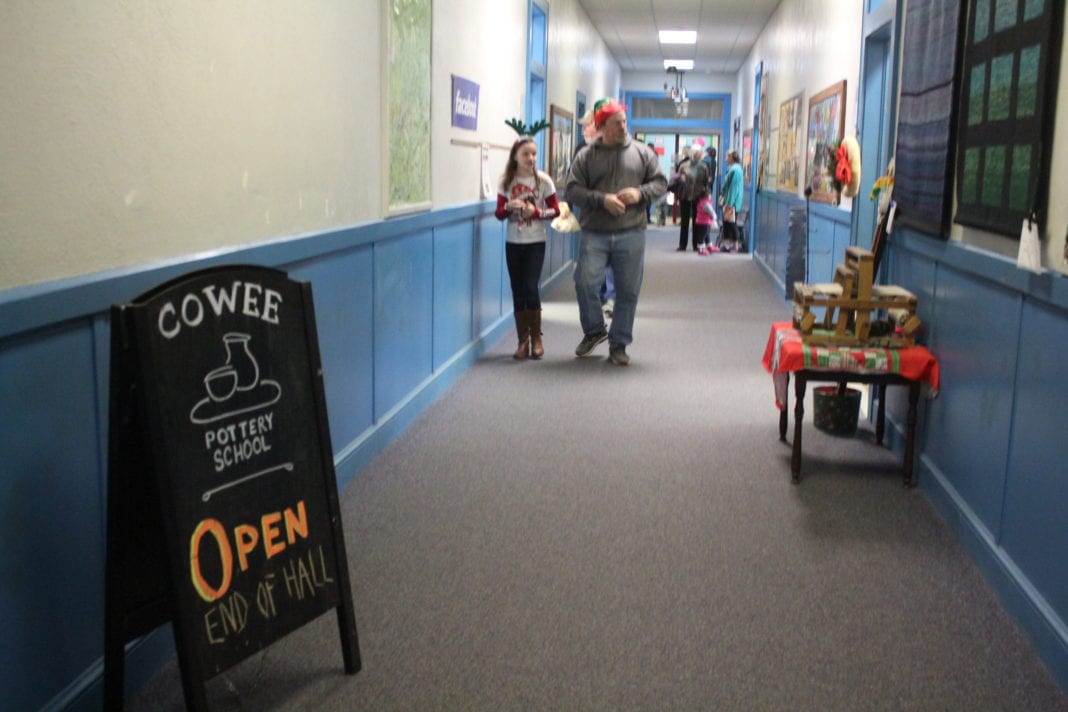 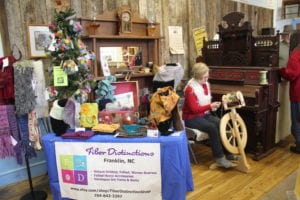 When the Cowee School Heritage Center was first proposed to the county, its purpose was outlined as a way to preserve one of the county’s oldest, most historic buildings, while promoting the community’s culture and arts.

“We really had no idea that it would become an economic development resource for entrepreneurs,” Stacy Guffey, the center’s director said of the center’s function doubling as an entrepreneurial incubator. “It just kind of happened and it couldn’t be a better fit.”

On Tuesday morning, four small businesses were working out of spaces in Cowee School’s main building. The businesses, which all foster the entrepreneurial spirit, are not just ordinary small businesses; they each fit the center’s intent of preserving the history and culture of Macon County. The center is home to two visual artists, who utilize the center as both a workshop and gallery, a weaver, and the pottery school. According to Bob McCollum, the center is also soon to be home to a woodworker. Each of the center’s small businesses are unique in the fact that they fall in line with the mission of the center, while providing space and affordable rent for businesses to operate and thrive in the community.

“As part of the businesses renting space, it’s also a requirement that they hold classes 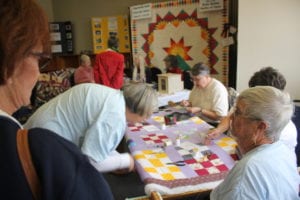 on their products or craft,” said McCollum. “So their businesses double as educational opportunities at the center.”

The average cost to rent space at the heritage center is a little more than $100 a month, which provides the center with funding for operations, and allows businesses an affordable space to work.

In addition to the four businesses renting spaces in the center’s main building, three additional businesses rent space at a cost of $10 an hour in the center’s commercially certified kitchen. Happy-Go-Lucky foods is the kitchen’s most consistent tenant, using the heritage center’s kitchen about four days a week to produce its granola-based products, which can be purchased locally as well. A pie-baker who has a product demand too great to operate out of his home, but not quite large enough to pay for a commercial kitchen himself, also regularly utilizes the facility. An artisan bread maker also uses the kitchen as production and demand for his products increases. 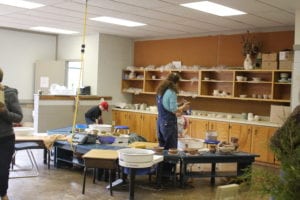 McCollum said the economic opportunities in the kitchen usage has potential for growth, as scheduling can be established to accommodate additional tenants and according to Guffey, in the main building, additional space for small businesses can be arranged to help continue serving the community as an economic development center of sorts.

When the center was first founded, it was budgeted under a line item in the county’s 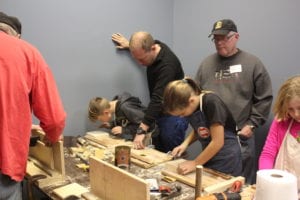 On the county’s end, the largest amount of expenses covered by the annual contribution of the board are for contracted services, which includes a contract of $3,000 a month for Guffey to serve as the center’s director, and maintenance, which is ongoing due to the age of the building. 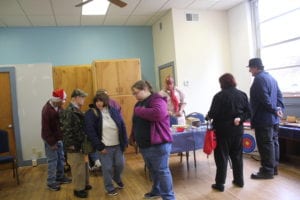 Jenkins is contracted to serve as the Economic Development Director for Macon County at a rate of $5,000 a month or $60,000 a year. Since assuming his position, Jenkins has helped bring Franklin Tubular Products to Franklin in 2013, helped expand and relocate Brasstown Beef in 2015 and most recently helped facilitate a matching county loan for TekTone to relocate and expand in the industrial park. Jenkins also oversees the county’s business development center, which like Cowee School, rents space to entrepreneurs and small businesses at an affordable rate to help foster growth.

McCollum and Guffey said that Jenkins is aware of the day to day operations of the center and is supportive of the overall goals and has been an integral part in getting it up and going. When applying for funds through grants, being able to show a partnership with the county helps to show a community investment, which increases the chances of grant funds to continue operating the center.

In addition to serving as a center for the small businesses, the heritage center’s gym is frequently used by members of the community for concerts, craft shows, and even badminton, which looked to be getting competitive on Tuesday morning. Visitors to the center pay $2 per day for such games, another source of revenue.

Cowee Center is also scheduling school visits for fourth graders to help facilitate the educational aspect of the center, since fourth grade is when students learn North Carolina and Native American history.

The center is still a relatively new concept, something commissioners recognize.  Each year more and more interest and exposure through things such as the center’s annual summer concert series, for which Cowee School just secured a grant to construct an outdoor stage, will only increase traffic.