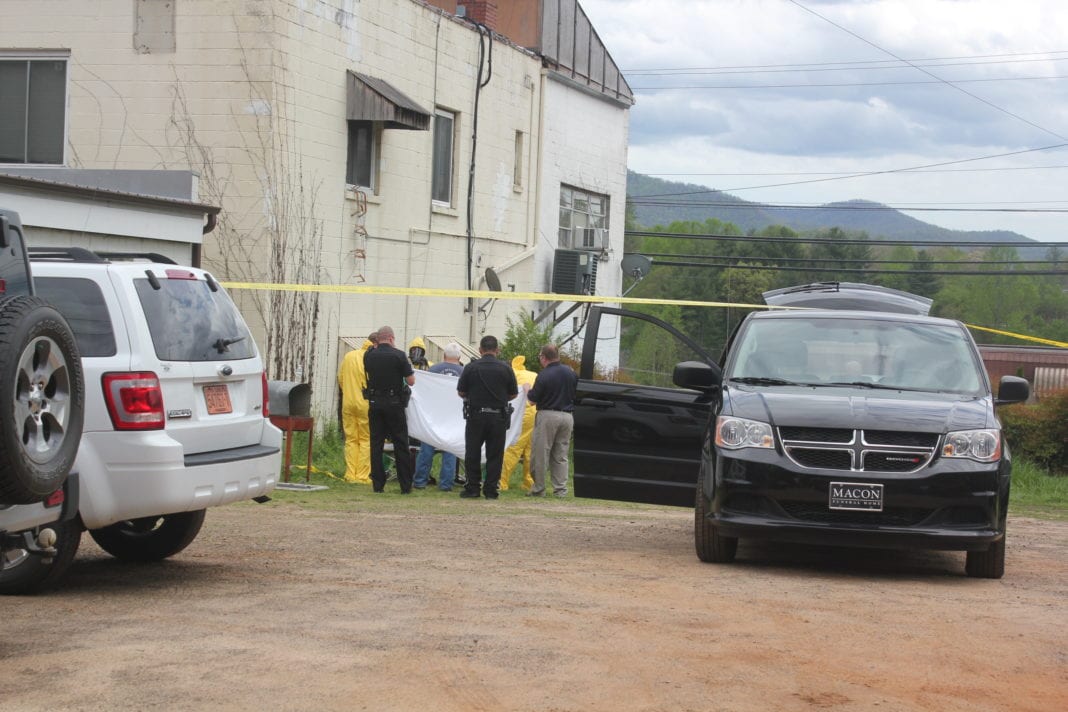 Around 3 p.m. on Saturday, the Franklin Police Department responded to a call to investigate a foul odor on Main Street. Located in a closed off gravel alley, the body of a deceased man was located by authorities. The body was located in a tight space between a heat pump and the side of the building owned by Goshen Timber Frames.

Based on investigators initial review of the body, it appeared to law enforcement officers that the body has been deceased for several days. It was unable to be determined at that time how long the body had been in the alleyway. Franklin Police Chief David Adams said that there was no obvious signs of foul play.

The body, which was retrieved from the scene by Macon Funeral Home, was sent to Winston Salem for an autopsy on Tuesday afternoon. While the body was decayed and not identifiable, law enforcement were able to secure evidence to identify the body as 26-year-old Brian Christopher Dills. Dills was living in Georgia, but had recently being staying in Franklin where he has family.

According to Chief Adams, there is no set timetable to get the results from the autopsy back. “We may know something in a couple days, if it’s obvious. If it’s not, sometimes it takes six weeks to get the toxicology reports back,” he said.

Franklin Police also responded to a call at 11 a.m. on Saturday reporting an armed robbery of the Franklin Post Office. Chief Adams said that the man, who was later identified as 76-year-old Larry Parker of Georgia, entered the post office and demanded that the teller give him money. While a weapon was never seen by post office staff, Parker implied that he had a weapon.

Franklin Police Department was able to apprehend Parker without incident and after the arrest was able to confirm that he did not have a weapon. Parker informed officers that he had been walking the Appalachian Trail. He was charged with attempted common law robbery.