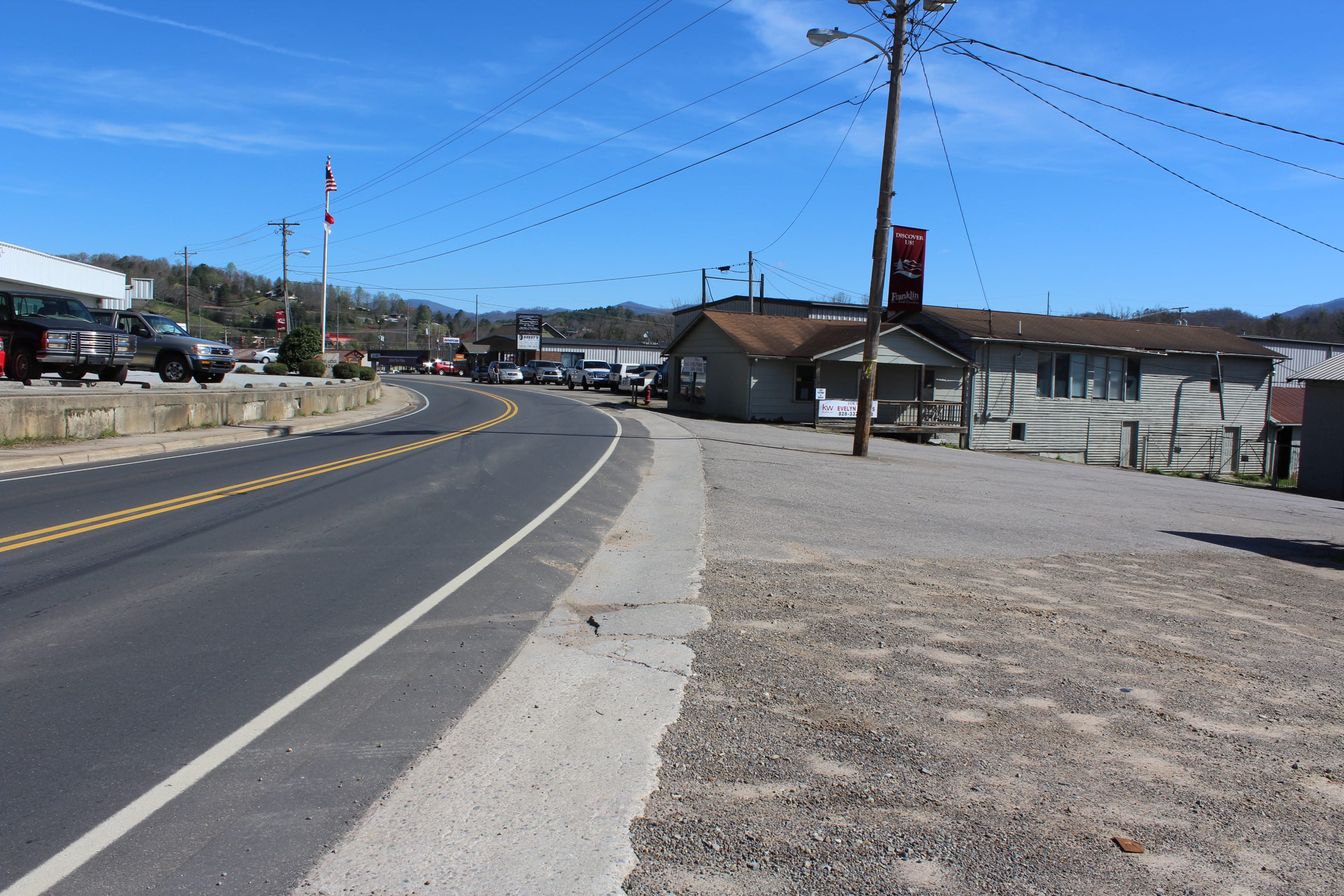 The project will be completed by the North Carolina Department of Transportation, and based on state statute, any bike and pedestrian projects with NCDOT requires a 20 percent match from municipalities.

“Depot Street will have new sidewalks installed on the east side of the road where there currently isn’t any sidewalk,” said Franklin Town Planner Justin Setser. “NCDOT will also be filling in any gaps there may be on the west side of the street as well, like in front of Domino’s and Macon Furniture.”

According to Setser, the Depot Street project is still a ways off, with a projected start date in 2019 when the DOT will work to secure right-of-way agreements. Construction on the sidewalk isn’t expected to begin until 2021.

The funding match for the project will come from the town’s Powell Bill funds. Powell Bill allocations are made to incorporated municipalities which establish their eligibility and that qualify. Powell Bill funds shall be expended primarily for the purposes of resurfacing streets within the corporate limits of the municipality but may also be used for maintaining, repairing, constructing, reconstructing or widening of any street or public thoroughfare within the municipal limits or for planning, construction, and maintenance of bikeways, greenways or sidewalks.

According to Town Manager Summer Woodard, in the current year’s budget, the town has spent about half of the fiscal year budgeted amount of Powell Bill funds, but has more than $450,000 in the reserve funds that can be used for additional projects.

Members of the town board touted the importance of constructing a new sidewalk on Depot Street because of how frequently the road is used by both pedestrians and bicyclists.

Changes coming to the way town residents can pay their bills

ABC Store back on the radar