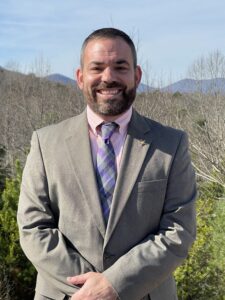 On Thursday, May 19, 2022 the Board of Elections office received an official “Notice of Recount Request” of the 2022 Primary Election ballots from candidate Dereck E. Jones.

Unofficial election results on Tuesday, May 17, reported Dereck Jones trailed in the Sheriff election to Brent Holbrooks by 54 votes. Because the margin of victory was less than 1 percent, a recount can legally be requested.

Candidates have until 5 p.m. on the next business day after a canvass to request a recount.  The Canvass of an election is held 10 days after an Election per general statute.  Macon County will hold its canvass in the Board of Elections office boardroom at 11 a.m. on Friday, May 27.

The recount was initially scheduled to be performed on Saturday, June 4, at 9 a.m., however, due to the fact that the time overlapped with Franklin High School graduation, the recount was moved to Thursday, June 2.  The recount will be held at the Macon County Community Building, 1288 Georgia Road, in the gymnasium. All ballots cast in the primary will be recounted. The recount is open to the public.

‘Murder by the Book’ at the library

Thousands In WNC Without Insurance Face Penalties, But One Mountain Group...