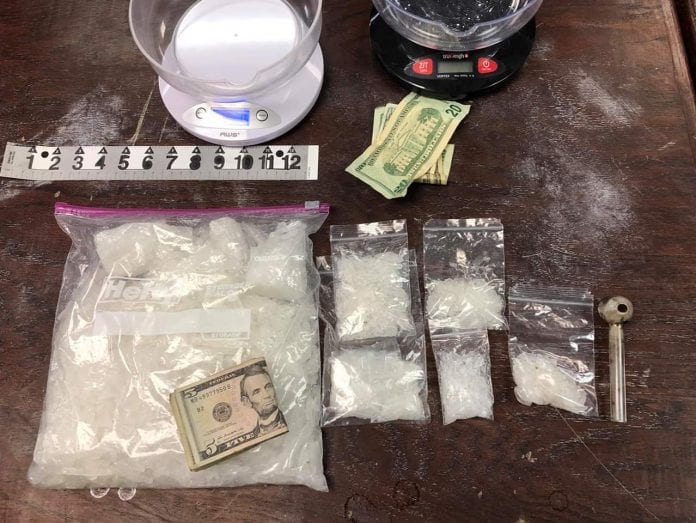 operation at 900 Cat Creek Rd. in Franklin by the Macon County Sheriff’s Office, putting an end to a pipeline of methamphetamines from the Atlanta area to Franklin.

and Kenneth Wayne Underwood, 50, of Otto, were part of a 10 p.m. raid that seized some 2.5 pounds of crystal methamphetamine with a street value of $130,000, according to the Sheriff’s Office.

Christopher Allen Wikstrom, 46, of Toccoa, Ga. was arrested April 12 in connection with the trafficking ring and found with 261 g of methamphetamine, the Sheriff’s Office website stated. His bond was set at $1.5 million.

“These individuals are not new to us,” said Holland of the previous convictions and time spent in prison of the locals involved in the trafficking

ring. The sheriff added that he was confident the months of investigation will lead to a conviction.

“Obviously the stints of prison that they’ve had in the past didn’t mean much to them,” he said. “Unfortunately for them, this has the possibility of them doing significant time, many years’ time.”

Sheriff Holland said that the last person arrested with 2 pounds of methamphetamine was Brodie Hamilton, who was sentenced to 56 years in 2017.

A court date for the three  was given as April 23.

On the trail again – Hiking activity on the AT still...