With the abnormally dry weather, fire risks are also at an increase, leading to active forest fires across Western North Carolina (WNC).

In response to the dryer than normal conditions, the United States Forest Service’s Asheville Office released an advisory on Oct. 28 cautioning against the dangers of forest fires.

The Nantahala and Pisgah National Forests have implemented fire restrictions due to the extremely dry conditions, high fire danger, and little chance of rain in the immediate forecast.

The following fire restrictions are in place for the Nantahala and Pisgah National Forests until further notice:

• Building, maintaining, attending or using a fire, campfire, or stove fire is not allowed outside of developed campgrounds where a fee is paid.

• The use of portable lanterns, stoves, or heating equipment that utilize gas or pressurized liquid fuel is allowed. Charcoal fires are not allowed.

Despite the warnings, officials continue to fight forest fires across WNC, including in Macon County. The N.C. Forest Service daily update on Tuesday tracked the progress on authorities’ efforts to extinguish six different fires.

Wine Spring Fire: Crews in the Nantahala National Forest were on the scene of a new fire on Wednesday located about 15 miles west of Franklin. The fire size was last reported to be more than five acres. Helicopter support and ground crews are on the scene and en-route for initial attack. No structures are reported to be in the fire area. High fire danger alerts remain in effect.

Boteler Peak Fire: Started Oct. 25 on Boteler Peak west of Chunky Gal Mountain near Murphy.  Additional ground crews arrived [Tuesday] to assist with firefighting efforts. Helicopters have been the primary source of suppression due to fire location. Steep, rough, rocky terrain with no road or trail nearby has hampered access. The fire area grew over the weekend from two acres to an estimated 225 acres as unseasonably warm, dry conditions continue. Additional boots on the ground will assist fire personnel in planning and establishing containment lines.

Jones Gap Fire: Started Oct. 29 near Bartram Trail, northwest of Highlands. Containment lines are still being secured. Smoke could be visible with burnout operations. Hot spots and hazard trees are being addressed near containment lines. The final containment area is expected to be around 100 acres.

The Cliffside Day Use Area between Highlands and Franklin is closed to allow lake usage as a helicopter dip site for area fires. Bartram Trail is also closed from Hickory Knoll Road to State Highway 106.

Grape Cove Fire: Started Oct. 26 near Grape Cove Branch located north of Rufus Morgan Falls, near Franklin – The Boardtree Road (Forest Service Road 388) that leads to Rufus Morgan Trailhead will remain closed 1-2 weeks or, until further notice. Hazard trees have been identified along the road as a result of fire activity. The 11-acre fire area is being patrolled, monitored, and secured as needed. 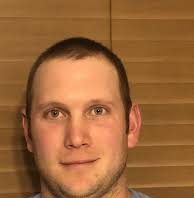